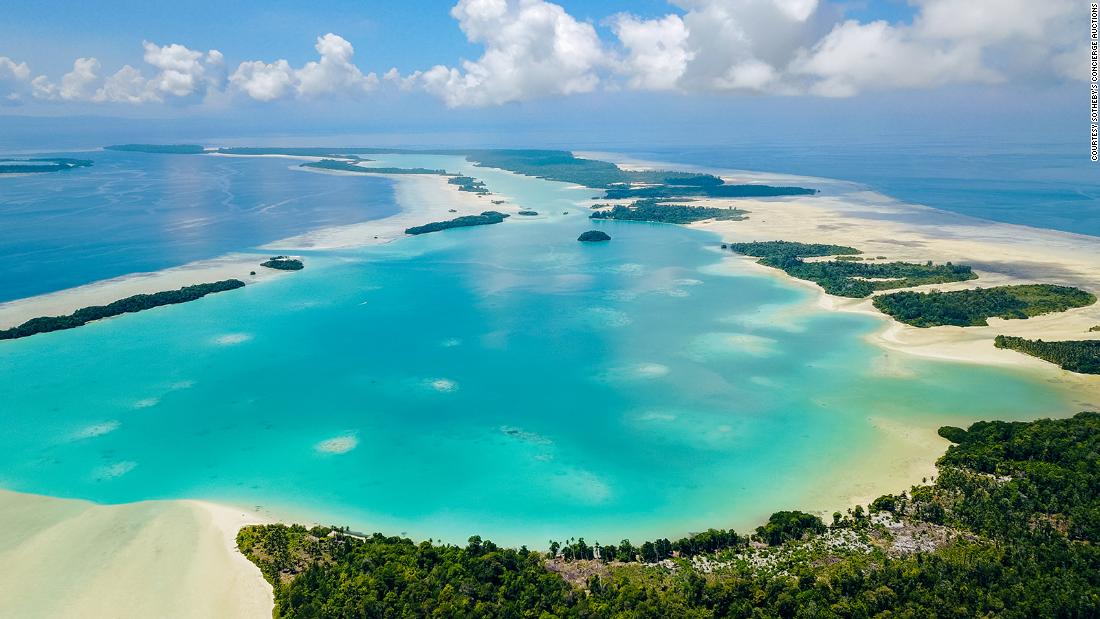 Editor’s Note — Sign up for Unlocking the World, CNN Travel’s weekly newsletter. Get news about destinations opening up, inspiration for future adventures, plus the latest on aviation, food and drink, where to stay and other travel developments.
(CNN) — A group of Indonesian islands known as the Widi Reserve is about to be put up for auction in what could be one of Asia’s most high-profile real estate sales ever.

Under Indonesian law, non-Indonesians cannot officially purchase islands in the country. The Widi Reserve gets around that by letting the ultimate owner acquire a stake in PT. Leadership Islands Indonesia (LII), a holding company.

From there, the owner is free to develop the island as he sees fit.

However, should they feel a little overwhelmed by the prospect, several experts — chosen by Sotheby’s, the auction house overseeing the sale — are already waiting in the wings to back construction of a resort on the Widi Reserve. The lineup includes Bill Bensley, the star designer behind some of Asia’s most exclusive hotels and resorts.

“Any billionaire can own a private island, but only one can own this exclusive opportunity, spread across more than 100 islands,” he said in a press statement.

The Widi Reserve consists of multiple coral atolls like this one.

While the eventual purchaser of the Widi Reserve is under no obligation to work with Bensley, the Thailand-based designer has already worked on some design concepts for a hypothetical island resort, and a Sotheby’s representative tells CNN the architect is “a proponent of the responsible development of the reserve.”

Whatever happens to the Widi Reserve, it contains some of Indonesia’s most beautiful scenery, including coral reefs, mangroves and some 150 kilometers of beach.

The reserve is only accessible by private plane. Bali’s Gusti Ngurah Rai International Airport is a 2.5-hour flight away.

The auction starts on December 8 and lasts until December 14. There is no reserve price, but bidders are asked to make a $100,000 deposit to prove they are serious.

Already a popular option for ultra-wealthy individuals (Shakira and Leonardo DiCaprio reportedly have one each), the desire for privacy and safe detachment made them an even more desirable asset during the pandemic.

However, some islands are deceptively cheap.

As Stacy Fischer Rosenthal, president of the high-end travel company Fischer Travel Enterprises, explained to CNN, it’s the cost of maintenance and infrastructure that really makes owning an island expensive.

Many islands have no existing structures, and some owners must not only build houses, but also set up plumbing, electricity, and other infrastructure if they want to live there.

Add to that transportation, the cost of flying food and personnel in and out, and owning an island can get very expensive very quickly.