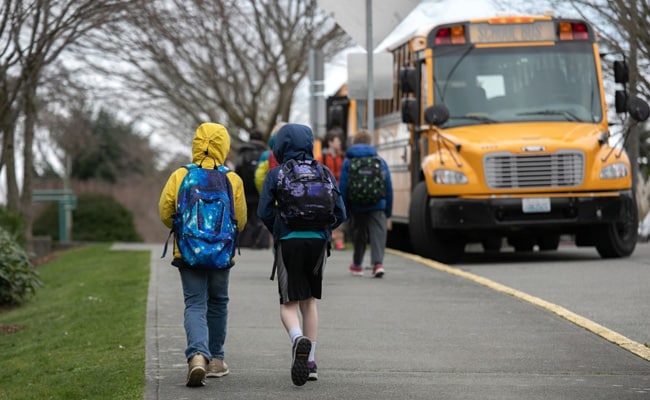 The City of Seattle school district has filed a new lawsuit accusing Big Tech of poisoning young people with social media addiction, saying the schools cannot fulfill their educational mission while students suffer from anxiety, depression and other psychological issues.

Alphabet Inc., Meta Platforms Inc., Snap Inc. and ByteDance Ltd., the owner of TikTok, are responsible for hooking young people onto their platforms and creating a mental health crisis, according to the complaint filed late Friday in Seattle federal court. The district includes more than 100 schools and serves approximately 50,000 children.

The lawsuit appears to be the first of its kind in the US brought by a school district, following similar claims filed last year by dozens of families, including more than a dozen who blamed the tech companies for suicides.

The idea that social media companies bear responsibility for the potential harm their products do to young people emerged in late 2021 when former Meta employee Frances Haugen revealed documents detailing its internal operations. Among Haugen’s accusations was an allegation that the company knowingly preyed on vulnerable young people to increase profits. Congress held hearings and some attorneys general launched investigations.

The companies’ first line of defense is Section 230 of the Communications Decency Act, the 1996 federal statute that gives Internet platforms broad immunity against claims of harmful content posted by users. The law has so effectively protected them from legal claims that voices from both the political left and right have called for its reform.

“We have invested heavily in creating safe experiences for children on our platforms and have introduced strong protections and special features to put their well-being first,” Google spokesperson Jose Castaneda said in an email. “For example, through Family Link, we give parents the ability to set reminders, limit screen time, and block specific types of content on supervised devices.”

Meta declined to comment. Snap and TikTok representatives did not immediately respond to requests for comment. The companies have previously said they are working to protect their youngest users, including by providing resources on mental health topics and improving security measures to stop the spread of harmful content.

And in another recent example of defiance of how technology advances are invading children’s lives, New York City’s public school system – the largest in the US – this week banned its students from accessing the chatGPT artificial intelligence program to read text. to generate.

In Friday’s lawsuit, Seattle School District No. 1 a court to find that the companies have caused public nuisance and to take action, including monetary damages and funding to prevent and treat excessive use of social media.

The district said it has seen a dramatic increase in suicides and emergency room visits. It quoted President Joe Biden’s 2022 State of the Union address, in which he implored everyone to “hold social media platforms accountable for the national experiment they are running on our children for profit.”

“Seattle School District No. 1 is filing this action to do just that,” the suit reads. “Young people in plaintiff’s community are experiencing the same mental health crisis observed nationwide.”