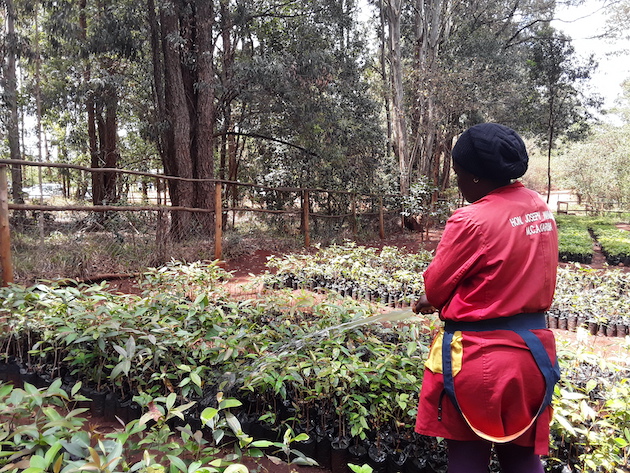 NAIROBI, Jan. 16 (IPS) – Concerns are widespread that while Africa is growing more crops, they are not for food and that on its current trajectory, Africa’s current food import costs, now estimated at $55 billion a year, could double by 2030 .

According to the UN’s Food and Agriculture Organization (FAO), three crop types, maize, wheat and rice, provide an estimated 50 percent of the world’s protein and calorie needs.

But despite Africa’s expensive agricultural sector, the continent’s maize, rice and wheat account for 7.5 and 4 percent of world production, respectively. But experts say it’s not the right conversation to have food crops versus cash crops.

“The most productive conversation should be firmly centered on how farmers can be supported to produce more food for everyone and export even more, as this improves the farmer’s quality of life and lifts themselves out of poverty,” said Hafez Ghanem, former regional vice president of the World Bank Group and a current nonresident senior fellow in the Global Economy and Development Program at the Brookings Institution.

He tells IPS that the mistake many countries made after independence was to provide people in the cities with cheap food by keeping prices low and forcing farmers to produce certain food crops. As a result, the farmer became poor. If the farmer is poor, he cannot produce and in the long run everyone becomes poor and hungry.

“No country can produce all the food it needs. We will have to export part and produce part. If we start increasing the yield of grains, for example by using more quality seeds, fertilizers and irrigation, farmers can produce more food crops without disrupting the production of cash crops, and the farmer will be richer.”

According to the 2022 Africa Agriculture Status Report, “For Africa, accelerating the transformation of our food systems is more important than ever. Africa has a few other incentives to transform its food system; with one of the most degraded agricultural lands in the world and increasing droughts, Africa will be significantly exposed to water-related climate risks in the future.

Ghanem does not believe that Africa’s food security problem is a result of producing too many cash crops. The real problem, he says, is twofold.

“The first part of the problem is that in general the productivity of cultivated land for both money and food crops is low. We need to increase land yields for both cash and food crops. I don’t believe the solution is to stop exporting cash crops to produce more food,” he explains.

The second part of the problem, he says, is the challenge of climate change, and “we need to do a lot more to make agriculture more resilient to climate change.”

He says concerns about cash crops taking precedence over food crops are misplaced, “consider the profile of farmers in Africa. We are talking about very small farmers. In countries such as Ivory Coast and Ghana, farmers make much more profit by producing cocoa or coffee, for example, than by producing rice, for example. “We cannot ask our farmers to grow crops that yield less and are therefore less profitable.”

Any solution we propose to food security, he warns, should bear in mind that the most food-insecure and poorest people in Africa live in rural areas.

Against this backdrop, experts like Ghanem see no conflict between food and cash crop production, saying Africa has vast areas to produce both. Outside of countries like Egypt and other countries in North Africa, he says the rest of the continent has vast and available farmland.

FAO data shows that Africa is home to an estimated 60 percent of the world’s undeveloped farmland. So Ghanem says the solution is to help farmers irrigate their land and access high-quality seeds and fertilizer.

Africa needs about $40 to $70 billion in public sector investment and another $80 billion from the private sector annually to sustain food production on the continent, according to the Africa Agriculture Status Report.

Ghanem says investing in technology that can produce critical inputs, such as high-quality fertilizers and climate-resistant seeds, will prove very productive in the future.

Take, for example, fertilizer that is expensive because it is imported. He praises the establishment of some of the world’s largest fertilizer-producing companies in Nigeria and Morocco, and advocates for such investments in other parts of the continent.

Ghanem says subsidies for agricultural inputs such as fertilizers are not the answer and that producing inputs that farmers need in the country or at least on the continent will put the agricultural sector on a resilient path towards more productivity, enough food for all and profitability.