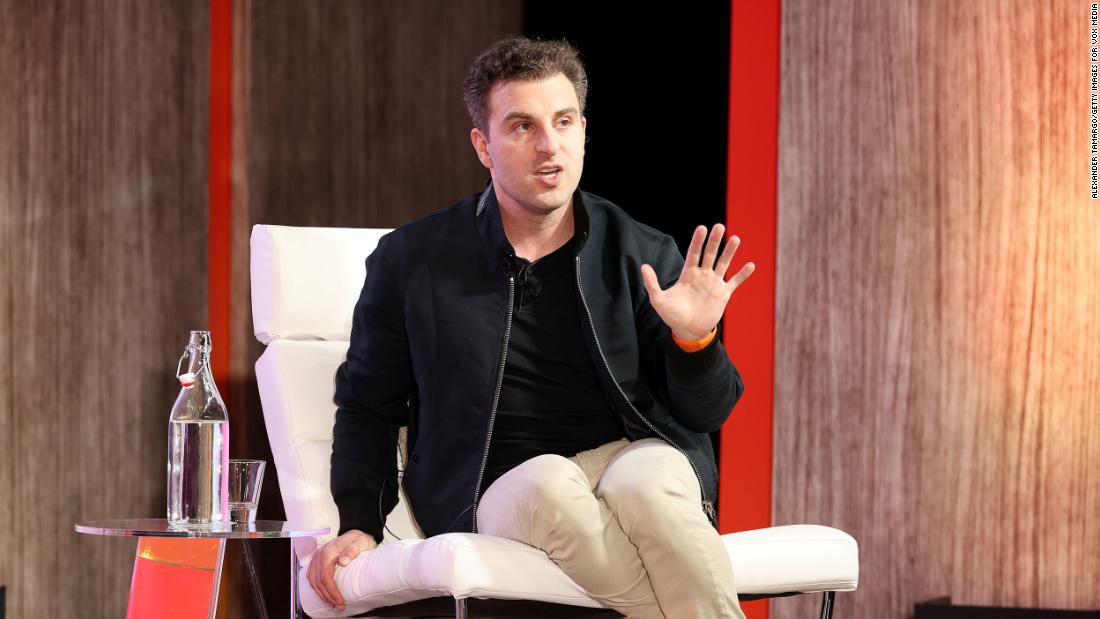 “I think an office as we know it is a bit of an outdated idea,” Brian Chesky, co-founder and CEO of Airbnb, said Wednesday at the Wall Street Journal’s CEO Council Summit. “First of all, as it is currently designed, it is an anachronistic form factor from a pre-digital era.”

He said the company plans “100%” to remodel its offices, but admitted he’s not quite sure what it will look like.

One thing he did predict was the fall of the open plan office floor plan.

“The open floor plan with these meeting rooms where everyone is waiting in line to get in and no one can find a meeting room, I think all that is a thing of the past.”

With its new flexible work policy, Chesky said the company plans to have employees meet in person for about a week every quarter “to make sure there’s a human connection.”

The shift to remote working also means the company will spend less on office space and have a smaller office footprint, he said, as only a small portion of its employees will be in the office at the same time.

“We’re going to have a much smaller office footprint. We’re probably going to spend a little bit more on travel entertainment to get people together…that said, there’s probably going to be fewer business travel meetings because a lot of things can be done through Zoom.”

The San Francisco-based company told employees last month that the majority of them can work anywhere in the country they work without impacting their pay.

And from September, employees can also choose to work at any location for up to 90 days a year from more than 170 countries. But employees need a permanent address for tax and payroll reasons, the company noted in an email to employees on April 28.

“Most companies don’t do this because of the sheer complexity of taxes, payroll and time zone availability, but I hope we can open a solution so other companies can offer this flexibility as well,” Chesky said in the email. †

The home sharing platform has benefited from the increase in flexible working. Chesky told the WSJ the company wouldn’t have recovered from the pandemic so quickly if there weren’t millions of people living in Airbnbs. He added that a fifth of the company comes from people who stay longer than a month.

†[That’s] not even considered classic travel,” he said. “Our business wouldn’t have recovered if it weren’t for people who lived and worked on Airbnb.”