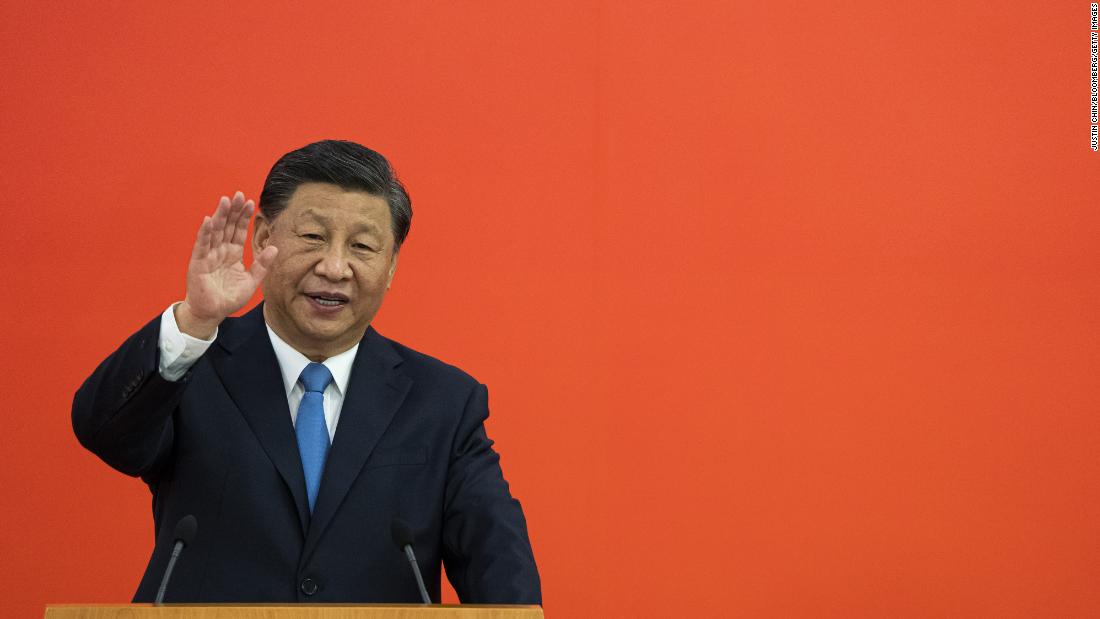 In 47 days, the ruling Communist Party of China will hold its 20th National Congress, at which Xi is widely expected to extend his hold on power for another five years — a move that would cement his status as the country’s most powerful leader in decades. .

The congress will begin in Beijing on Oct. 16 at a “critical time” for the country, the party’s 25-member Politburo said on Tuesday, adding that preparations are “running well”.

That start date is in line with tradition – in recent decades the party has always held its congresses between September and November. The highly choreographed cases usually last about a week and bring together some 2,000 delegates from across the country in a show of unity and legitimacy.

But this year’s convention is anything but conventional.

Xi, who has consolidated tremendous power since taking office a decade ago, is widely expected to pursue an unprecedented third term as China’s top leader, breaking the conventions established by his predecessors since the early 1990s. .

It is a plan that has been years in the making, since Xi removed presidential term limits from the country’s constitution in 2018. But for an authoritarian leader obsessed with stability, the months leading up to it weren’t exactly a smooth ride.
Xi’s insistence on a zero-covid policy has led cities across China to impose strict lockdowns to wipe out infections — an effort that seems increasingly futile in light of the highly contagious Omicron variant.
Its often ruthless and chaotic enforcement — as seen during a two-month lockdown in Shanghai’s financial hub — has sparked waves of public outcry, with many growing increasingly frustrated at the infinite restrictions on their daily lives.
The zero-tolerance approach has also crippled economic growth – a long-time source of legitimacy for the party. Youth unemployment has risen to an all-time high of 20%, while a rural banking scandal and a rapidly growing real estate crisis have sparked protests.
Diplomatically, weeks before Moscow launched its war against Ukraine, Xi and Russian President Vladimir Putin declared an “unlimited” friendship between the two countries. Beijing’s refusal to recognize – let alone condemn – the invasion has further strained its fraying ties with the United States, Europe and much of the developed world.

The political headwind has sparked intense speculation about Xi’s authority in some parts of the overseas China-watching community, with some questioning his prospects of securing a third term.

But experts well versed in China’s elite politics said claims of threats to Xi’s grip on power are vastly exaggerated. Since coming to power, Xi has carried out a sweeping anti-corruption crackdown to purge opponents, silence dissent and instill loyalty. He has renewed and kept a firm grip on the military and other vital assets of power.

“Very often, when there are challenges, it’s not bad at all for the supreme leader,” said Dali Yang, a political scientist at the University of Chicago. “In fact, authoritarian leaders like Xi thrive on challenges — and often use such crises to increase their power.”

Yang cited Xi’s ability to fill key positions of power with his trusted aides — from the internal security apparatus to the propaganda front and leadership roles in key provinces — as signs that the top leader is firmly in control.

The latest announcement at the party congress is a sign that Xi has straightened out decisions about personnel arrangements and political paths, according to Deng Yuwen, a former Communist Party newspaper editor who now lives in the United States.

“I don’t think there is any doubt that Xi Jinping’s term will be extended,” Deng said. said on his YouTube commentary show. “The confirmation of the start date of the 20th Party Congress shows that the die has been cast and that any opposition to Xi is powerless to change the situation.”
The official congressional announcement contained few details, but it provided clues to the agenda, promising to make solid progress in pursuing “common prosperity”, promoting party formation and fostering “a community with a shared future for the humanity” — all the slogans put forth by Xi.

“Xi wants to leave his political legacy at the 20th party congress, and these three will be the main themes at the meeting, as well as the political lines that will be plotted after the congress,” Deng said.

Holding the convention in mid-October also leaves some buffer time for Xi to attend major international events in November, such as the Group of 20 summit in Indonesia. “Xi hasn’t left the country for almost three years and it has had a very negative impact on Chinese diplomacy,” Deng said.

As for the Chinese public, many have paid little attention to party congresses in the past – they have nothing to say about the country’s political leadership transition or the making of important policies.

But this year, for those increasingly impatient and frustrated with the endless lockdowns and Covid testing, news of the congressional start date is a long-awaited relief.

“There are a lot of people eagerly looking forward to this party congress, (because) they hope there will be a shift in the way China is dealing with Covid,” Yang said.

But when – and how – that will happen is still a mystery.