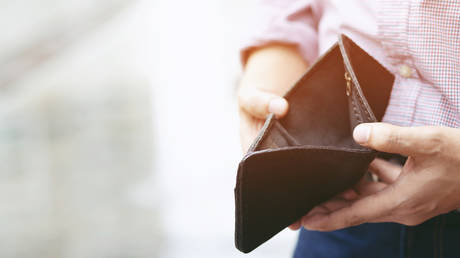 The US House of Representatives passed a non-binding bill on Wednesday calling on President Joe Biden to seize the assets of wealthy Russian individuals believed to have ties to the Kremlin. Under the plan, the confiscated capital would go to Ukraine.

The bill, dubbed the Asset Seizure for Ukraine Reconstruction Act, was supported by 417 lawmakers, eight of whom voted against.

The document urges the US president to “any property or accounts under the jurisdiction of the United States, valued in excess of $2,000,000, which belong to Russian energy companies or to foreign persons whose wealth has been obtained in part through corruption in connection with, or political support for, the regime of Russian President Vladimir Putin.†

Tom Malinowski (DN.J.), one of the lawmakers behind the bill, explained that the law allows US authorities to seize luxury villas, yachts and planes belonging to wealthy Russian individuals and companies that have been sanctioned by the US.

According to the text, the assets would then be “held, used, managed, liquidated or sold,“with President Biden using the funds”for the benefit of the people of Ukraine.“The money could be set aside for”post-conflict reconstruction in Ukraine, humanitarian aid,” like “assistance to the security forces of the Government of Ukraine.” In addition, the seized goods could be used to “refugee support and refugee resettlement in neighboring countries and in the United States,” and fund “technological articles and services to ensure the free flow of information to the Ukrainian people in Ukraine,” including what was described as “items to counter internet censorship by Russian authorities.†

The bill calls for the creation of a multi-agency working group, headed by Secretary of State Antony Blinken, to be tasked with confiscating assets from foreign individuals believed to have links to the Kremlin.

Among the eight lawmakers who did not support the legislation were representatives of both the Democratic and Republican parties, known for their radical liberal or conservative views. The group included representatives Alexandria Ocasio-Cortez (DN.Y.), Ilhan Omar (D-Minn.) as well as Marjorie Taylor Greene (R-Ga.) and Chip Roy (R-Texas).

In March, an identical bill of the same name was introduced in the Senate.

The latest piece of legislation passed by the House of Representatives came a day after Attorney General Merrick Garland said in a congressional hearing that he “would support legislation allowing some of that money to go directly to Ukraine.†