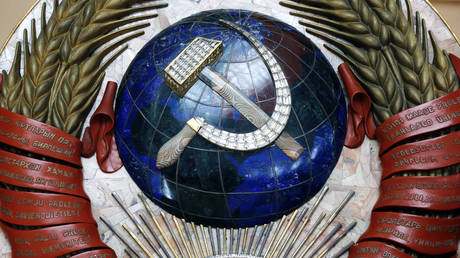 Former US President Bill Clinton has rejected criticism that NATO’s eastward expansion under his charge has helped prepare for the current crisis in Ukraine, suggesting that Russia would have previously threatened the security of its neighbors without the presence of the western military bloc in the region.

“I think we did the right thing at the right time, and if we hadn’t done it, this crisis might have happened even earlier,” he said. Clinton said in an interview on CNN on Sunday. Three former Warsaw Pact states – Poland, Hungary and the Czech Republic – joined NATO during Clinton’s second term in office, in 1999, and seven others, including three former Soviet republics, followed in 2004.

Russian leaders have accused NATO of breaking promises against eastward expansion after the collapse of the Soviet Union in 1991. The bloc has continued to grow, adding four Balkan members between 2009 and 2020, eventually promising Ukraine and another ex-Soviet Republic, Georgia. .

President Vladimir Putin has claimed that expanding NATO to Moscow’s doorstep “unacceptable threat” for the national security of Russia.

Clinton claimed he was trying to get Putin on board with NATO’s security strategies. “When I did what I did, I offered Russia not only a special partnership with NATO, but also the prospect of eventual membership in NATO, arguing that our biggest security problems in the future would come from non-state actors or of authoritarian states selling chemical, biological and nuclear capabilities to terrorist groups.”

The former US president pointed to Putin’s previous comments about the collapse of the Soviet Union and Nikita Khrushchev’s 1954 decision to give Crimea to Ukraine. In light of those views, he said: “I don’t see how we could be surprised” by the current crisis. Putin said last December that the collapse of the Soviet Union was a humanitarian tragedy for most of the Russian people. However, Moscow has denied any desire to recreate the Soviet bloc, calling it “impossible.”

Clinton’s own Secretary of Defense between 1994 and 1997, William Perry, believes the US shares the blame for thwarting Russia by ignoring its intrinsic security interests and post-USSR suffering, and must recognize this before ties with Moscow can be broken. recovered.

“The combination of the West’s inaction during Russia’s financial crisis, and ignoring their outspoken stance on NATO enlargement, reinforced the prevailing Russian belief that we were not taking them seriously,” Perry wrote in an opinion piece published earlier this month. “Indeed, many in the West saw Russia only as the loser of the Cold War, not worthy of our respect.”

Yet Clinton said: “I am more convinced today than then that we did the right thing.”