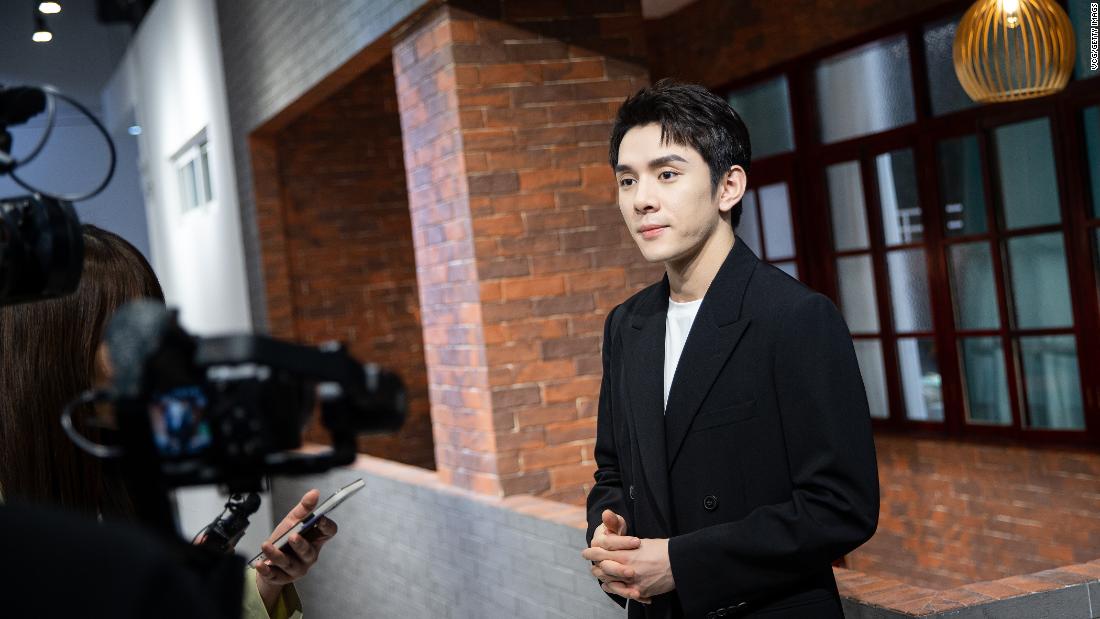 On Tuesday evening, Li Jiaqi made another appearance on Alibaba’s Taobao Live, a live streaming platform for the e-commerce giant.

His show immediately attracted thousands of viewers within its first few minutes, despite no prior notices on his social media accounts. By the end of the two-hour show, 63 million viewers had watched his live stream, higher than most of his previous shows. But still lower than the crowds during major shopping festivals.

The 30-year-old live streamer, also known as Austin Li, was one of China’s biggest internet celebrities, with 64 million followers on Alibaba’s Taobao. He once sold 15,000 lipsticks within five minutes in a sales contest against Alibaba founder Jack Ma, earning himself the nickname “China’s lipstick king.”

But the superstar seller had been quiet since early June after his popular show was abruptly cut short on the eve of the anniversary of the Tiananmen Square massacre in 1989. Just before the abrupt end, Li had shown his audience a multi-layered ice cream treat decorated with Oreos and waffles. It looked like a tank.

Analysts said Li was almost certainly censored by the government, as the tank shape is a sensitive symbol in China, associated by many with the 1989 Tiananmen massacre. While Li may have just made an “unintentional” mistake, it is occurrence of the Tiananmen taboo and the timing is “fatal,” according to Rongbin Han, an associate professor at the University of Georgia.

During Tuesday’s show, Li did not explain why he had disappeared or where he had been for the past three months.

He only focused on introducing the goods including cosmetics, skin care products and fashion clothes, which were quickly picked up by passionate fans. One of the best selling items was a face cream, of which more than 50,000 units were sold with total sales of 12.3 million yuan ($1.75 million).

“Finally you’re here!” some fans said in bullet comments scrolling across the screen. “Welcome back!”

The fans were so eager that they bought many of the goods faster than expected, forcing Li to end the show earlier than usual. His previous live streams usually last more than three hours.

“Today the goods were quickly prepared and many girls couldn’t get it,” Li said towards the end of the live stream, adding that he regretted causing a bad shopping experience because there weren’t enough goods.

“Shall we end it for now, and then we will continue broadcasting when we have enough goods,” he said. “See you tomorrow, girls.”

Li’s return has quickly become a hot topic on social media, with many Weibo users greeting the live streaming star in a wild welcome.

“I burst into tears when I saw him on screen again!” said one. “I’ve waited so long!”

Li wasn’t the only livestreamer to disappear in recent months.

Viya, who was until recently known as the ‘live streaming queen’, has not appeared online since December, when authorities imposed a record fine of $210 million on her. for tax evasion. The 36-year-old had millions of followers on China’s major social media and shopping platforms — including Weibo, Taobao and TikTok’s China version Douyin — but her accounts were deleted in December.

The sudden rise and fall of China’s most famous influencers underscores the vulnerability of those who depend on the Internet for their livelihoods in the world’s second largest economy.

But the strict crackdown on the ballooning live streaming industry may not be good news for the Chinese economy.

The world’s second largest economy is plagued by serious economic problems. Consumer spending is weak, while youth unemployment is historically high.
Policymakers now face mounting challenges to keep growth and jobs stable as the country grapples with the fallout from Beijing’s adherence to a rigid zero-covid policy, a scathing regulatory crackdown on the private sector and a real estate crisis causing increasing bad debts at banks and growing social protests.

Security expert, 2 others tried to sell US secrets to foreign governments