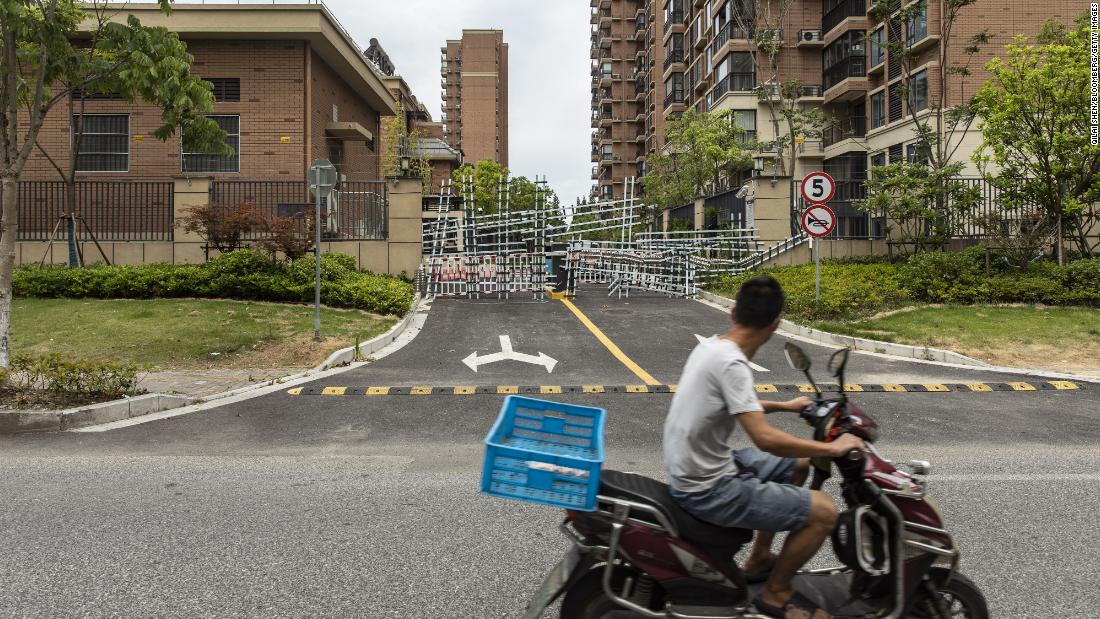 Gross domestic product expanded in the world’s second economy by just 0.4% in the three months to June 30 compared to the same period last year, the National Bureau of Statistics (NBS) said Friday.

That was well below the 4.8% increase in the previous quarter and well below the 1% growth forecast by economists in a Reuters poll. On a quarterly basis, GDP shrank by 2.6%.

It was the weakest performance since the first quarter of 2020, when the Chinese economy nearly ground to a halt as it battled to contain the first coronavirus outbreak that began in Wuhan. In that quarter, GDP shrank by 6.8%.

In the first half of this year, the economy grew by 2.5%, well below the government’s annual target of 5.5%. Beijing admitted on Friday that it would be difficult to meet its GDP targets this year.

“There are challenges to meet our projected economic growth target for the full year,” Fu Linghui, a spokesman for the NBS, said at a news conference in Beijing. But he expected the economy to recover in the second half.

Chinese policymakers face mounting challenges to keep growth stable as the country faces a sharp slowdown in activity due to Beijing’s strict zero-covid policy, a crushing regulatory crackdown on the private sector and a real estate crisis leading to rising bad debts at banks and growing social protests.
Since March, Beijing’s uncompromising stance to eradicate the virus has led to months of lockdowns in dozens of cities across the country, including Shanghai, the country’s financial and shipping hub. Millions of residents were confined to their homes, shops and restaurants were closed and factories closed, undermining consumer activity and disrupting supply chains.
Authorities began reopening the economy early last month, lifting restrictions in some key cities. The manufacturing and services sectors have shown signs of improvement in recent weeks. But Beijing’s adherence to its zero-covid stance has created huge uncertainty for businesses and dampened investor sentiment. Consumer spending remains weak, while the labor market is under strong pressure – the youth unemployment rate hit a new record high of 19.3% in June.

In Friday’s press conference, Fu said the economy has taken an “unexpected, severe” blow from domestic and external factors.

“Looking ahead, we expect a continued economic recovery in the second half of this year, mainly supported by government-led investment in infrastructure,” he said, adding that if the government eases further Covid restrictions, consumer confidence could improve. bounce back at a faster rate.

But the real estate sector may still pose a downside risk to growth, Zhu said.

Larry Hu, China’s chief economist for Macquarie Group, said the latest data imply that GDP growth will need to accelerate to more than 7% in the second half to deliver a 5% annual growth rate for the full year.

“It is impossible without a significant escalation of policy incentives from current levels,” he said.

There was a bright spot in Friday’s economic data.

Mining and manufacturing grew 0.9% compared to the second quarter last year. And retail sales rose 3.1% in June from a year ago, helped by a surge in auto sales, fueled by pent-up demand and policy support for electric vehicles. Industrial production also recovered in June, up 3.9% from a year ago.

But the huge real estate sector remains a major hindrance.

Real estate investment fell 9.4% in June from a year ago, after falling 7.8% in May, according to Macquarie Capital’s calculations based on government data. Property sales by floor space fell 18% last month, after falling 32% in May.

“The declining sales mean developers are dealing with a liquidity crisis,” Hu said.

“The real estate problem is causing increasing social instability, as evidenced by the recent mortgage boycott,” he added.

In recent days, desperate homebuyers in dozens of cities have refused to pay mortgages on unfinished homes. The payment boycott comes as a growing number of projects have been delayed or stalled due to a cash shortage that left giant developer Evergrande unable to pay its debts last year and several other companies seek protection from creditors.

Zhu of JP Morgan Asset Management said the increasing number of unfinished homes poses a major risk to the financial health of banks.

“Decisive and effective regulatory action must be taken to prevent the mortgage boycott from developing into a systemic risk,” he said.