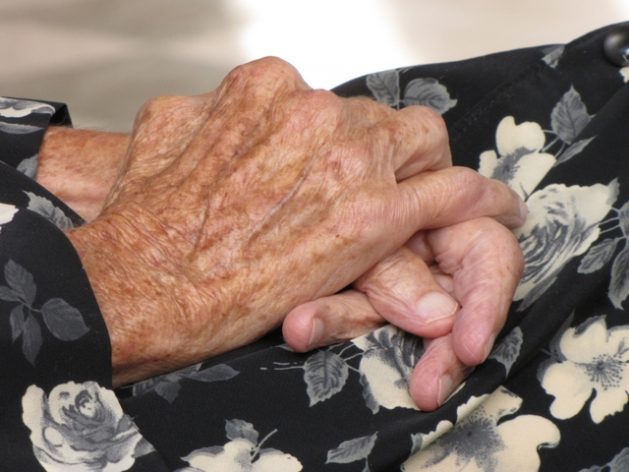 MADRID, June 14 (IPS) – The World Health Organization (WHO) estimates that 1 in 6 people over the age of 60 – nearly 141 million people worldwide – suffer from abuse.

The World Elder Abuse Awareness Day (WEAAD) (15 June) aims to raise awareness and eradicate this problem that affects both developing and developed countries.

The WHO defines elder abuse as “a single or repeated act, or lack of appropriate action, that occurs within a relationship, in which trust is expected, causing harm or distress to an elderly person.” It can take various forms: physical, psychological or emotional, sexual, financial abuse or neglect.

The lack of accurate data is one of the symptoms of this problem, but a 2017 review of 52 studies in 28 countries from different regions found the combined prevalence of different types of abuse:

This violence occurs at home and in institutions such as nursing homes and long-term care facilities. A staggering fact: 90% of abusers are family (adult children, spouses and partners).

But anyone can fit the abuser’s profile: relatives, strangers, friends, caregivers, public and private institutions… Those who interact with older people, especially those with severe disabilities (ie dementia), can easily become abusers.

HelpAge International points out age discrimination. “Stereotypes about the elderly can be used to justify elder abuse or minimize its impact. In many ways, elder abuse is the most damaging manifestation of societal ageism.”

The normalization of this violence is a mask that makes it invisible or even an accepted or necessary behavior. So, how can we even identify it? Here are some examples:

neglect occurs when the caregiver fails to respond to the elder’s physical, emotional, and social needs (housing, food, medication, or access to adequate health care, including aspects such as therapeutic cruelty and therapeutic nihilism).

abandonment (leaving an older adult who needs help alone without planning his/her care) is also a form of neglect.

Financial Abuse happens when someone steals money or belongings from an older adult (retirement, social security benefits, etc.), uses his/her bank accounts or credit cards, or changes names in a bank account, insurance policy, home title, or will without permission.

Inequality determines the way we age and is also at the root of elder abuse.

According to a 2008 report by the Organization for Economic Co-operation and Development (OECD), “the increase in life expectancy” was concentrated “in the population moving on to higher education” and decreased “in the groups with a high school diploma or less”.

In OECD countries, a 25-year-old man with a university degree may live 7.5 years more than another man with a lower level of education. For women, the difference is 4.6 years. It goes without saying that inequality in education and any other development indicator is worse in the “emerging economies”.

Gender is also a trigger for inequality and abuse, especially in old age. In 2015, 54% of people over 60 were women (61% within the over-80s). Although women’s life expectancy is higher, their quality of life is worse because of poor health and more frequent abuse.

During their lifetime, women suffer from marginalization and poverty. Income inequality, differences in education, health care and labor market explain why many women have no or lower pension benefits. In addition, they are the main caretakers of children and other old people, often without any compensation.

The gap between the stories and the facts

The United Nations expects an increase in elder abuse due to an aging population: the world population aged 60 and older will more than double, from 900 million in 2015 to 2 billion in 2050.

The number of elder abuse has increased during the COVID-19 pandemic. Both poor access to adequate health services and the limitation of social interactions have severely affected the elderly.

Neither the aging of the population nor elder abuse are new. There are countless initiatives, campaigns, plans and organizations around the world trying to put aging on the public agenda, but real transformations are yet to come.

WEAAD coincides with two important events this year. The first is the United Nations Decade for Healthy Aging (2021-2030), which aims to align the goals of the 2030 Agenda and the Aging Agenda.

The decade focuses on four areas of action:

– Changing how we think, feel and act with regard to age and aging;

– Ensuring that communities foster the capacities of older people.

– The delivery of person-centred integrated care and primary health care aimed at the elderly.

– Provide access to long-term care for the elderly who need it.

The second event is the 20th milestone of the Second World Assembly on Aging and the fourth evaluation and assessment of the implementation of the Madrid International Plan of Action on Aging (MIPAA).

When the conquest becomes the problem

By this time, “the elderly are expected to make up more than 25 percent of the population in Europe and North America, 17 percent in Asia and Latin America and the Caribbean, and 6 percent in Africa” ​​(UNDP).

The mainstream narrative that labels populations as nuisances — migrants, women, indigenous peoples, the elderly… the list is open — denying their humanity and emphasizing that they endanger “the system” allows this violence to perpetuate .

Moreover, in the current context of questioning the role of the state and the public sector, it is worth asking whether it is possible to guarantee proper treatment of the elderly when health viability is no longer a concern. and social systems protection necessary for a long-lived population, but even the mere existence of it for all.

Maria Isabel Carton is a Spanish journalist specializing in aging issues. She is an active member of Asociación Jubilares, an NGO promoting the social participation of seniors, and works within the WHO Global Network for Age-friendly Cities and Communities