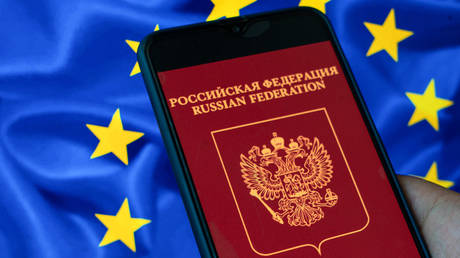 Finland is “to work” Foreign Minister Pekka Haavisto told journalists on the sidelines of the UN General Assembly in New York on Wednesday about new regulations that would further tighten restrictions on Russian tourists.

“Finland does not want to be a transit country, not even for [holders of] Schengen visas issued by other countries,” Haavisto said, adding that Helsinki wants to bring Russian tourist traffic “under control.”

The Finnish Ministry of Foreign Affairs is currently working with a group of experts on a “solution” that would help Finland “limit this traffic or stop it completely”, the foreign minister said, adding that the measures could include some new laws or changes to existing laws. In any case, the national parliament “will handle it soon”, Haavisto said, without citing specific dates for the possible changes.

Unlike the Baltic states, who repeatedly quoted “security reasons” for introducing visa restrictions against Russian tourists, Finland does not consider Russians traveling to the EU a security risk, Haavisto said.

“An ordinary person traveling for tourism poses no threat to security,” said the minister, adding that there is “a moral and ethical principle involved.” Russians can’t just continue to spend their holidays in Europe if their country is “wage war” according to Haavisto.

Finland already has a mechanism that allows it to refuse Russian visas and deny entry to those who had already received them. Earlier this week, Helsinki also asked Brussels to allow EU countries refusing entry to a Russian person to revoke their visa or also put them on a Schengen entry ban list. The measure would prevent such people from entering the bloc through another member’s territory, Finland argued.

UN Secretary-General Antonio Guterres has questioned EU visa restrictions for Russians. On Sunday he said to do that “Maybe not a good idea”, according to the RIA news agency.

The EU suspended a visa facilitation agreement with Russia earlier this month. Some member states also stopped issuing tourist and business visas, while the three Baltic states and Poland announced that they would refuse entry to all Russian citizens, even those with valid Schengen visas issued by other EU member states.