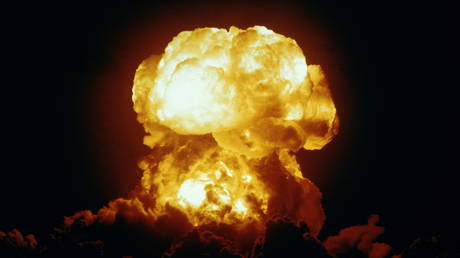 According to the latest report from the International Campaign to Abolish Nuclear Weapons (ICAN) published on Tuesday, global spending on nuclear weapons has risen significantly in 2021.

In just one year, the nine nuclear-armed nations — the US, China, Russia, France, India, Israel, North Korea, Pakistan and the United Kingdom — have spent a total of $82.4 billion upgrading and maintaining their estimated 13,000 nuclear weapons. an increase of 9% from the previous year, according to ICAN estimates.

The report, which is ICAN’s third annual summary of global nuclear spending and titled “Squandered: 2021 Global Nuclear Weapons Spending,” highlights that the world spent a total of $156,842 per minute as of 2021 on weapons of mass destruction an ongoing pandemic and increasing global food insecurity.

ICAN lists exactly how much each of the nine countries has spent on nuclear weapons, lists the companies that have benefited and the lobbyists hired to keep nuclear weapons in business.

The United States proved to be by far the largest issuer of nuclear weapons by 2021, at $44.2 billion — four times more than the next in line. China was the only other country to cross the $10 billion mark, with $11.7 billion spent, while Russia ranks third with $8.6 billion. The UK spent $6.8 billion, France $5.9 billion, and countries like India, Israel and Pakistan each spent just over a billion on their arsenals in 2021. In last place is North Korea, which has spent $642 million.

The report goes on to ask why and how these countries have spent so much on nuclear weapons amid myriad global problems such as food and energy shortages, but concludes that the biggest driver behind spending on nuclear weapons was not security concerns. , but rather business interests.

Certain US military contractors are said to have made a fortune from nuclear weapons-related contracts, according to ICAN, and these companies spend a large portion of their income hiring lobbyists and financing think tanks that encourage politicians to spend even more on weapons of mass destruction.

The report’s authors note that after examining thousands of contracts, reports and lobbies’ disclosures, they estimate that more than a dozen private companies received a total of $30.2 billion in nuclear weapons contracts by 2021.

“Those companies turned around and spent $117 million lobbying decision makers to spend more money on defense. And they also spent up to $10 million funding most of the major think tanks that research and write about nuclear weapons policy solutions.” wrote ICAN.

The report further notes that all of this spending has done nothing to deter conflict of any kind, and that recent geopolitical events in Europe have only left the pockets of those associated with the nuclear weapons industry filled even further.

The authors emphasize that the report shows that: “Nuclear Weapons Don’t Work” because they have failed to deter conflict in Europe.

“That’s why we need multilateral disarmament more than ever. The First Meeting of States Parties to the Treaty on the Prohibition of Nuclear Weapons in Vienna [from June 21 to 23] couldn’t have come at a better time”, ICAN policy and research coordinator Alicia Sanders-Zakre said.

ICAN is a Geneva-based international coalition that won the Nobel Peace Prize and has actively campaigned for the respect and full implementation of the Treaty on the Prohibition of Nuclear Weapons, which it helped adopt at the UN in 2017. The treaty has been ratified by 59 countries around the world so far, but not a single nuclear state has signed it yet.