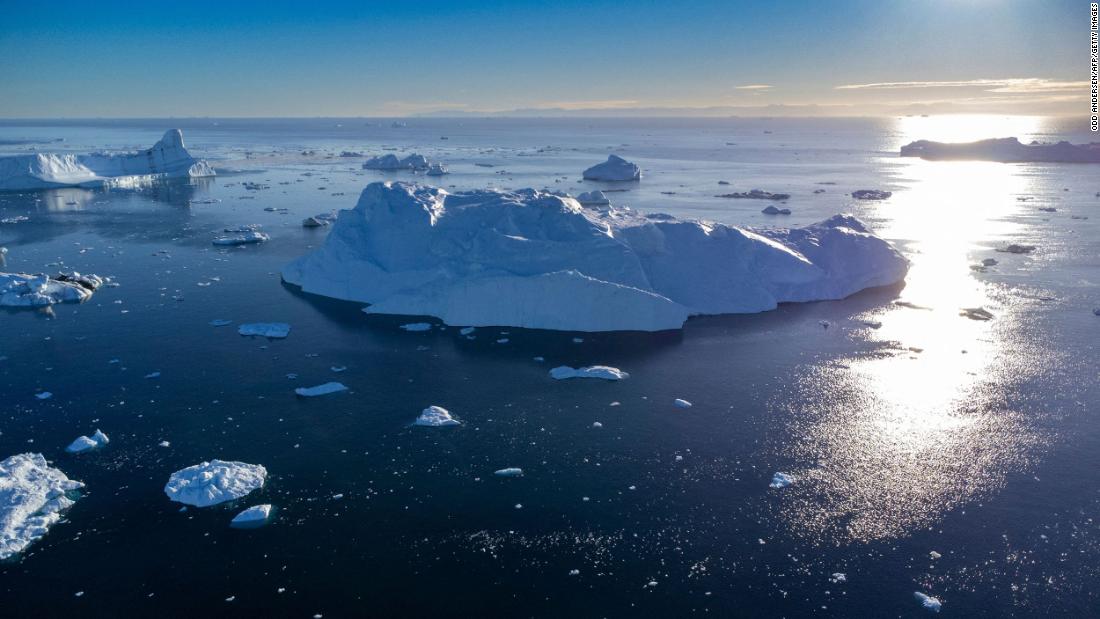 The study, published Monday in the journal Nature Climate Change, found that total ice loss from the Greenland ice sheet will cause sea level rise of at least 10 inches, regardless of global warming scenarios. That’s generally the same amount that the world’s seas have already risen over the past century due to Greenland, Antarctica, and thermal expansion (when ocean water expands as it warms) combined.

Researchers from the Geological Survey of Denmark and Greenland observed changes in the volume of the ice sheet in and around Greenland and saw that meltwater runoff was the main cause. Using a “well-established theory,” the scientists were able to determine that about 3.3% of the Greenland ice sheet — equivalent to 110 trillion tons of ice — will inevitably melt if the ice sheet responds to the changes that have already taken place.

Sea level rise from this melted ice will occur “regardless of a foreseeable future climate path this century,” said lead author Jason Box, a scientist with the Geological Survey of Denmark and Greenland. “This water is technically already under the bridge.”

While the authors have not specified a timeline, they predict that sea level change could occur between now and the end of the century.

The study was solely intended to estimate a minimum, or “very conservative lower bound,” of sea level rise due to the Greenland melting, “and in the almost certain case that the climate continues to warm, the commitment to the sea ​​level will only increase,” Box said. .

Huge ice sheets can melt quickly when the air temperature is warm, but warmer ocean water also erodes the layer along the edges.

The findings follow a 2022 sea level rise report released last year by the National Oceanic and Atmospheric Administration, which found that U.S. coasts can expect 10 to 12 inches of sea level rise over the next 30 years. This will make high-tide floods more than 10 times more common and allow storm surges to spread further inland, the report said.

Greenland contains enough ice that if it all melted, the sea level could rise by about 25 feet around the world. Researchers point out that a 20-foot rise in sea level does not mean it will rise evenly around the world, devastating some places as sea levels fall in others.

For example, when places like Greenland lose ice, they also lose the ice’s attraction to the water, meaning Greenland’s sea levels drop as levels rise elsewhere, said William Colgan, senior researcher with the Geological Survey of Denmark and Greenland. The speed of that change is the problem, Colgan told CNN’s Bill Weir during a research trip in the summer of 2021.

“It will be very difficult to adapt to change so quickly,” Colgan said, standing by Greenland’s Jakobshavn Glacier, where the fjord is full of ice broken off from the glacier.

Before man-made climate change began, temperatures around 32 degrees Fahrenheit in Greenland were unheard of. But since the 1980s, the region has warmed at about 1.5 degrees per decade — four times faster than the global rate — making it all the more likely that temperatures will exceed the melting threshold.

Several days of unusually warm weather in northern Greenland recently led to rapid melting, with temperatures around 60 degrees — 10 degrees warmer than normal for this time of year, scientists told CNN.

The amount of ice that melted between July 15 and 17 in Greenland alone — 6 billion tons of water per day — would be enough to fill 7.2 million Olympic swimming pools, according to data from the US National Snow and Ice Data Center. .

Global scientists have said that the trends in which climate change is accelerating are quite clear, and that unless emissions are cut immediately, many more extreme melt events will continue to be more intense and frequent.

CNN’s René Marsh and Angela Fritz contributed to this report.