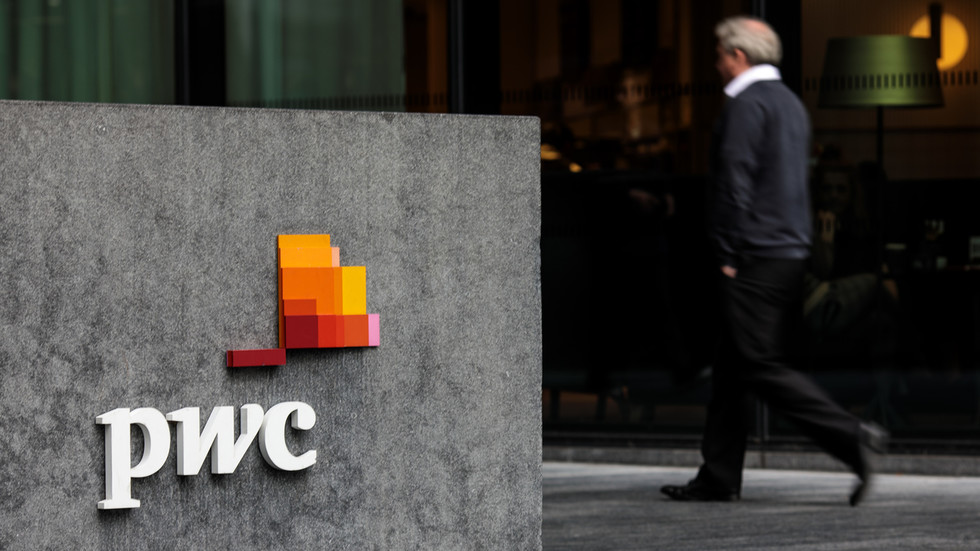 The growing political feud between Russia and the West has led to the activation of specialized propaganda and intelligence units. Regarding the crisis in Ukraine, experts say one of the most active parties has been the United Kingdom, which in recent years has stepped up its efforts to demonize Russia by waging a large-scale propaganda war.

As an RT analysis has shown, the British “HMG Russia Unit”, an inter-departmental government organization established several years ago, has acted as a cover for soft influence operations against Moscow with the help of international advisory organizations.

Until now, the operations of the operation were not publicly visible. However, last month, publications containing personal information of its employees appeared on a number of Russian Telegram channels. The email addresses in these messages are alleged to belong to employees of the HMG Russia Unit who are also associated with several other UK government departments, including the Cabinet Office, the Foreign and Commonwealth Office, Military Intelligence, MI5 and the Ministry of Defense , as well as US trustees associated with the group.

To begin with, let’s explain how a group specifically targeting Russia appeared within the British government, what its purpose is and what it does.

“The government has long recognized the presence of an ongoing and significant threat from Russia to the UK and its allies, including conventional military capabilities as well as disinformation, illicit financial transactions, influence operations and cyber-attacks.” according to a report submitted to parliament in 2020 by the British Prime Minister’s Office.

For the British government, Russia has become “one of the most important priorities from the point of view of national security”, it adds.

“This is why the government implemented the NSC-approved (National Security Council – RT) Russia Strategy in 2017 and created the Russia Intergovernmental Unit in 2017 that will deploy the UK’s diplomatic, intelligence and military capabilities with maximum effect together,” the report continues.

According to the British government’s own reports, the HMG Russia Unit, which was formally attached to the British Foreign Office, was primarily tasked with coordinating information and propaganda campaigns targeting Russia. This is evidenced by data released by the UK government and in particular a major program funded by the UK Conflict, Stability and Security Fund (CSSF) implemented by the Foreign Office until 2021 to develop media resources, including in the Russian, and so-called ‘counter-disinformation’.

The program notes that the UK is working with a number of partners to improve the quality of public and independent media sources, including Russian-language, so that they “Support social cohesion, uphold universal values ​​and give communities in countries in Eastern Europe access to reliable information.”

The forms of support vary. They include, for example, mentoring by UK media workers, consultation on setting up broadcasting networks, financing of joint productions and support for regional media projects in Russian.

“Over the next year we will invest more than £8 million in supporting public services and independent media. This includes projects in the Baltic States and Ukraine, as well as regional initiatives.” according to a document published by the British government.

However, the efforts of the HMG Russia Unit are not limited to coordinating propaganda efforts. Data on the UK government’s public procurement portal shows that it has served as a client for the Green Finance initiative – an Anglo-Russian project aimed at promoting sustainable finance to develop institutional links between Moscow and London in the field of environment and economy spheres. The deadline for the execution of the contract is March 31, 2022.

Funds worth £987,600 were received by renowned consultancy PricewaterhouseCoopers LLP (PwC).

Analyzing the UK government’s funding allocations for Russia, it turns out that Moody’s Analytics (a subsidiary of Moody’s), in addition to PwC, has also received funding through a specialist non-profit organization called UK Research and Innovation as part of a contract to provide companies and individuals who are sanctioned because of the conflict in Ukraine. The relevant restrictions are listed on a UK Government contract posting portal.

The involvement of private international consultancies in promoting the British agenda regarding Russia, as well as the post-Soviet space, is logically linked to the involvement of the HMG Russia Unit in large-scale projects to demonize Russia’s image.

In this regard, there is a noteworthy letter dated February 7, 2019, addressed to British investigative journalist Till Bruckner, who had requested data on the activities of the Integrity Initiative from the British Foreign Office. It states that £296,500 was committed to fund the project in 2017-2018, and a further £1,961 million in 2019.

A response to the journalist’s request was received from the HMG Russia Unit. The Integrity Initiative has been identified as one of Britain’s key programs responsible for spreading anti-Russian counterfeits and waging a propaganda war against Moscow. At the same time, as RT noted in 2018, the anonymous hacker collective published internal Integrity Initiative documents revealing the mechanisms British media networks use in their subversive work targeting Russia.

British influence networks initially set a certain standard for the West’s anti-Russian model, Alexey Martynov, a political scientist who heads the Institute of Newly Established States, said in an interview with RT.

“The British are in a sense trendsetters. The now popular buzzword ‘fake news’, the formation of false stories, the management of media streams – all this was born in their heads”, says the political scientist. “Goebbels studied with British military propagandists. What they are doing is military propaganda.”

The academic noted that using private consultancies and rating agencies as tools to influence Russia was a ‘soft power’ tactic traditionally employed by specialist British agencies.

“Every rating agency was created as a tool to manipulate media flows, and other business dimensions grow out of it. They also have access to domestic statistics that are not available to the public.” said the political scientist. “These mechanisms have been tested since the 1990s, when all data was opened up to foreign ‘partners’. That’s when these mechanisms were created – it’s important to rank high in rating agencies, otherwise you won’t get any loans.”

The UK continues to ramp up its sanctions against Russia. In May, it announced another package of restrictive measures, adding more individuals and legal entities from Russia to the list and planning to ban Russian oil imports. In April, London also banned imports of Russian silver, caviar and wood products.