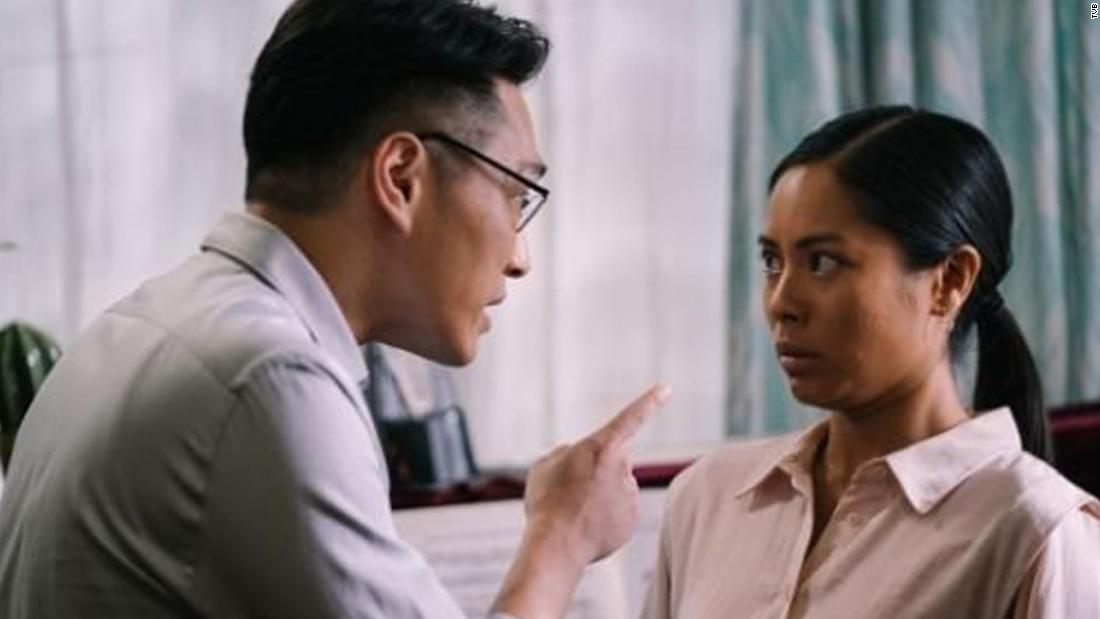 A Hong Kong TV series has sparked controversy over the use of “brownface” after one of the actors darkened her skin with makeup to play a Filipino housekeeper.

In a video widely shared online, actor Franchesca Wong is seen applying makeup with a brush as she says she “tanned” and “transformed into a different person” for her role in TVB’s supernatural drama “Barrack O’Karma.” 1968″. †

In the seventh episode of the series, which aired Tuesday, she plays a housekeeper hired by a couple who suspect her of practicing voodoo. In addition to accusing the actor of “brownface” and adopting a Filipino accent for her scenes, some viewers disagreed with casting a Hong Kong actor over a Filipino one and reinforcing negative stereotypes.

“There’s no denying that the depiction of the Filipino helper and the use of a brown face reinforce the negative stereotypes that characterize the ‘Ban Mui,'” he added, referring to an insulting Cantonese slang term for young Filipino women. .

While ethnic minorities make up just 4% of Hong Kong’s population, the city is home to an estimated 200,000 Filipino housekeepers, many of whom face discrimination, poor working conditions and significant difficulties in obtaining residency rights. A 2019 survey of more than 5,000 domestic workers in Hong Kong found that less than half were given a private bedroom, while 44% said they work more than 16 hours a day.
Several Hong Kong media outlets have praised Wong’s achievements. Local news site HK01 wrote that the actor delivered an “amazing performance”, adding that “she is actually a beautiful woman”.

On Wednesday, the actor, who grew up in both Canada and Hong Kong, shared a promotional image of the show on Instagram. The post has since garnered more than 1,700 comments, many criticizing her performance and “brown face” as culturally insensitive.

“How are some people so blind to blatant racism lmao,” read one of the most “liked” comments. “Really disappointing.”

A promotional poster for the series, which was posted on Wong’s Instagram account on Wednesday. Credit: TVB

“You don’t deserve to play the part of someone who is going through so much to support his family abroad,” read another. “It’s a tough job that you portrayed as a joke.”

Wong did not respond to CNN’s request for comment.

In a statement to CNN, TVB defended the storyline as “purely fictional” and “just a dramatic story plot based on creativity.”

“Through (Wong’s) professional performance techniques and refined handling of role-playing, the character Louisa was successfully portrayed,” the statement added. “TVB has always strived to provide our viewers with a first-class entertainment experience and we would like to emphasize that it was never our intention to show respect or discriminate against any nationality in any of our programs. We want to express our concern to everyone which may be influenced in this matter.”

The broadcaster did not respond to CNN’s request for comment about whether attempts have been made to cast a Filipino actor for the role. The episode has been removed from TVB’s online platform following the backlash, but TVB said it would be made available “after further content changes”, without specifying further details.

In the show, Wong’s character is suspected by her employers of using a voodoo doll. Credit: TVB

According to Manisha Wijesinghe, executive director of the Hong Kong charity Help for Domestic Workers, the decision to cast a non-Filipino in the role was “a symbol of the erasure” facing Hong Kong’s ethnic minorities.

“Had a little more thought been given to it, the episode could have given a much more authentic voice to the struggles of the character ad being portrayed,” she said on the phone. “Even if it’s not a true story or a documentary, we would expect a certain level of authenticity. It’s not that Hong Kong doesn’t have those voices, so it’s a shame that opportunity was lost.”

“There’s a tendency for (Filipinos and ethnic minorities) to be pushed into these simplistic stereotypes of being either domestic workers or untrustworthy, and that really doesn’t encourage open discussion,” she added.