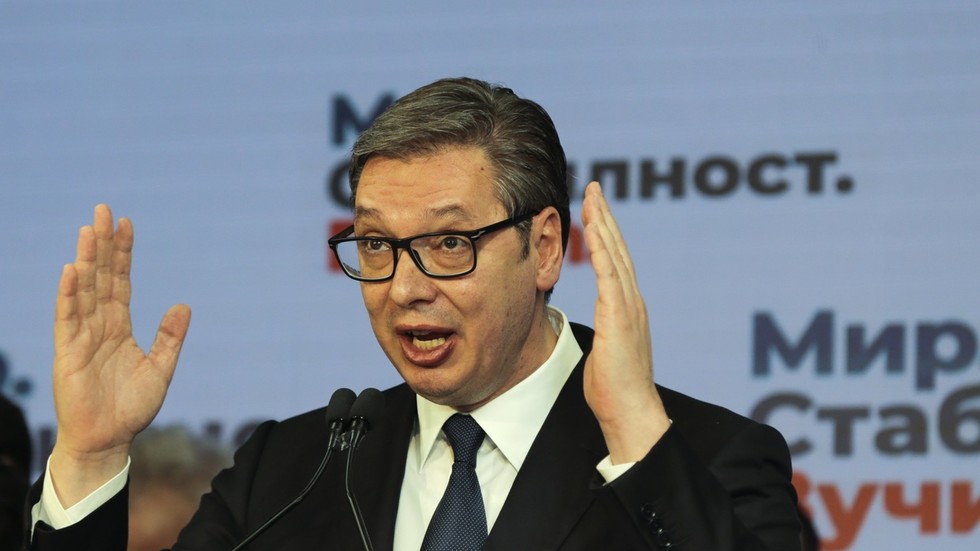 It has cost Serbia dearly to resist pressure from the West to impose sanctions on Russia for its military operation in Ukraine, President Aleksandar Vucic said on Sunday.

He believes he would be celebrated by the West and hailed as a hero if Belgrade had backed economic restrictions against Moscow.

“It costs us a lot of money not to have sanctions imposed on Russia. But if we were to impose them, it would cost us our principle not to support sanctions against anyone, because we know from our own experience that sanctions are immoral and inefficient.” Vucic told Pink TV.

“They say I’m a traitor. A traitor? The only one in Europe that has not imposed sanctions on Russia, and from such a small country. Call me what you will, but people have shown what they think [during the election]†

Vucic was reelected earlier this month with 58% of the vote. He repeatedly said that Belgrade is under severe pressure and… “blackmail” to join the restrictions imposed on Russia after it launched a large-scale offensive against Ukraine in late February.

“If I wanted to become the world’s greatest hero, it would be enough to say something to Putin, and everyone would give me awards and call me the greatest Democrat in the world.”

The president also said banning oil and gas from Russia would cripple Serbia’s economy. “We have to make decisions every day that benefit the citizens of Serbia.”

Vucic also accused Kiev and an unnamed EU state of a series of false bomb threats to Air Serbia passenger planes. More than a dozen planes were forced to return to Belgrade or Moscow, while other flights were delayed, and Belgrade airport has been evacuated at least three times in recent weeks. “Foreign [intelligence] services of two countries do that. One is an EU country, and Ukraine is another.” said the chairman.

The bomb threats started after Serbia refused to support an EU ban on Russian flights. “We are literally continuing these flights on principle because we want to show that we are a free country and we make our own decisions. Don’t decide for us when to cancel flights”, said Vucic.

“Did you cancel your flights when 19 countries bombed Serbia? At least 30 countries – NATO member states – are now helping one country. No one helped us when we were attacked by the 19 strongest nations.” he added, referring to NATO’s bombing of Yugoslavia in 1999.