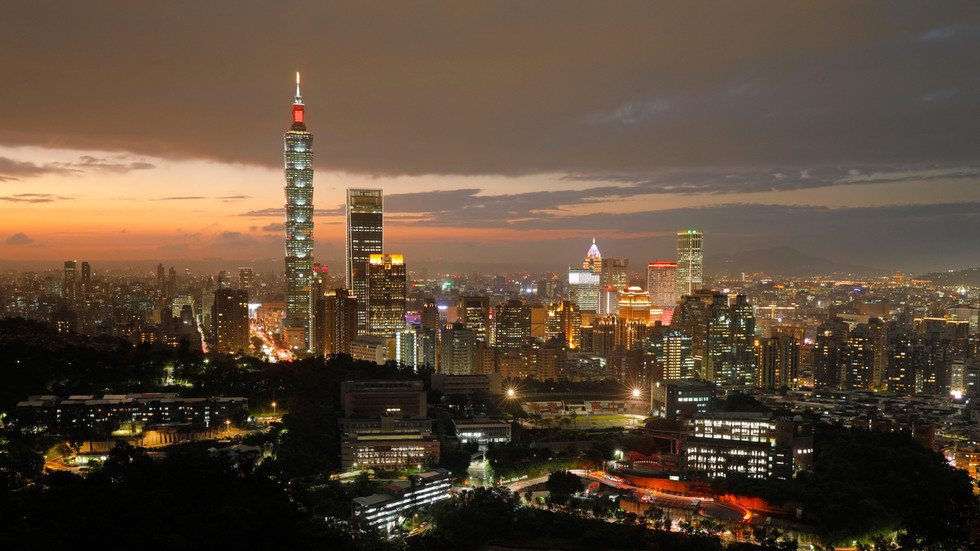 The Chinese Television System (CTS), the Taiwanese government-backed station, has apologized after it accidentally issued ticker warnings about China hitting targets near Taipei with missiles.

The warning appeared on a live news broadcast Wednesday morning, reportedly indicating that a “war can break outas well as that Taiwanese President, Tsai Ing-wen, had declared a state of emergency. According to local media, viewers were also informed about Chinese missiles that hit warships and critical infrastructure near the capital Taipei.

However, an anchor clarified during the 10 a.m. news bulletin that the warnings were, in fact, intended for a fire department drill in New Taipei City on Tuesday, but had been accidentally displayed Wednesday morning due to a technical error. She also called on citizens not to “overly panicked,‘ and apologized for the mistake.

The false warnings, which had aired, did not cause mass panic in Taipei, according to Reuters.

Last week, the Taiwanese military released a survival guide in the form of a comic strip, with recommendations for civilians in the event of war. The booklet explains, among other things, how to find air raid shelters via smartphone apps, prepare first aid kits and how to distinguish different types of air raid sirens.

In addition, there has recently been talk of extending military service for Taiwanese male citizens beyond the current four months.

Taiwan is a self-governing region, de facto ruled by its own government since 1949, when the losing side in the Chinese civil war fled to the island and established its own government there. For its part, China views the Taiwanese authorities as separatists and emphasizes that the island is an inalienable part of China.

In recent years, Beijing has intensified its military activities in the Taiwan Strait, separating mainland China from the island. Top Chinese officials, including President Xi Jinping, have openly said that the use of force is one of the options on the table to ensure Taiwan’s “reunification” with the People’s Republic of China.

Under the so-called “One-China Principle” or “One-China Policy,” the vast majority of countries renounce official recognition of Taiwan’s independence.

However, Taiwan has enjoyed extensive diplomatic and military support from the US for years, which maintains unofficial relations with the island. Washington has repeatedly warned Beijing of dire consequences if it tries to take Taiwan by force.

Since the start of Russia’s military offensive against Ukraine on Feb. 24, Taiwan authorities have raised their own alert level, but admit there are currently no signs of an imminent invasion by China.

Taiwanese President-elect Tsai Ing-wen in 2016 has prioritized improving the island’s defense capabilities with a major modernization program launched by her government.