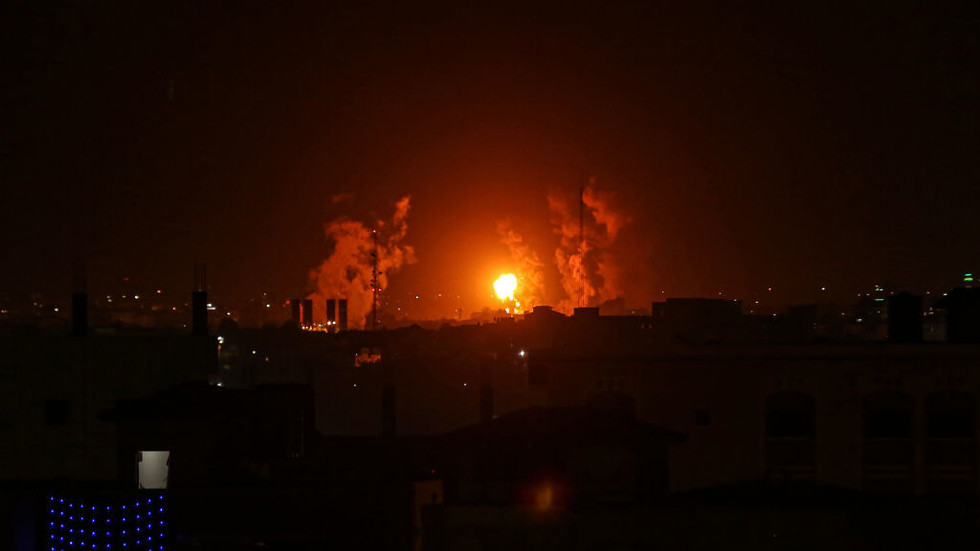 Strikes have been carried out in response to the rocket fired from the enclave, the Israeli army said

Israel hit two targets, including a Hamas weapons factory in the Gaza Strip, in apparent retaliation for an attack on the Israeli city of Sderot from the Palestinian enclave.

On Thursday, the Israel Defense Forces (IDF) said one rocket had been launched from Gaza the previous night.

“In response, fighter jets attacked an underground facility that produced parts for rocket engines. This attack will cause significant damage to the missile production process in the Gaza Strip.” the troops said in a statement.

Attempts by the Hamas-controlled enclave to shoot down the planes have failed, an IDF spokesman said, but prompted Israel to launch a second attack, this time targeting “a military site used by the terrorist organization Hamas.”

During the second raid, the gunfire triggered Israel’s Iron Dome air defense system, while the malfunction is currently under investigation, the IDF said.

The Times of Israel quoted a statement from medics that three people had been treated for injuries caused by debris after an attack from Gaza.

Hamas responded to last night’s events by saying it “increases perseverance” of the Palestinians and their commitment “to continue the fight.”

The firefight has apparently led to a further escalation of tensions between Israel and Gaza. In a similar episode on Tuesday, the IDF struck several targets in the Gaza Strip, claiming the action was in retaliation for the rocket fired at Israel from the Palestinian enclave — the first in nearly four months.

The incidents follow several days of violent clashes at the Temple Mount complex (as the Jews call it) or the Al-Aqsa compound (as the Palestinians call it), and a series of terrorist attacks in Israel in recent weeks. The compound is located in East Jerusalem, which has been occupied by Israel since 1967, with the Jewish state responsible for security there.