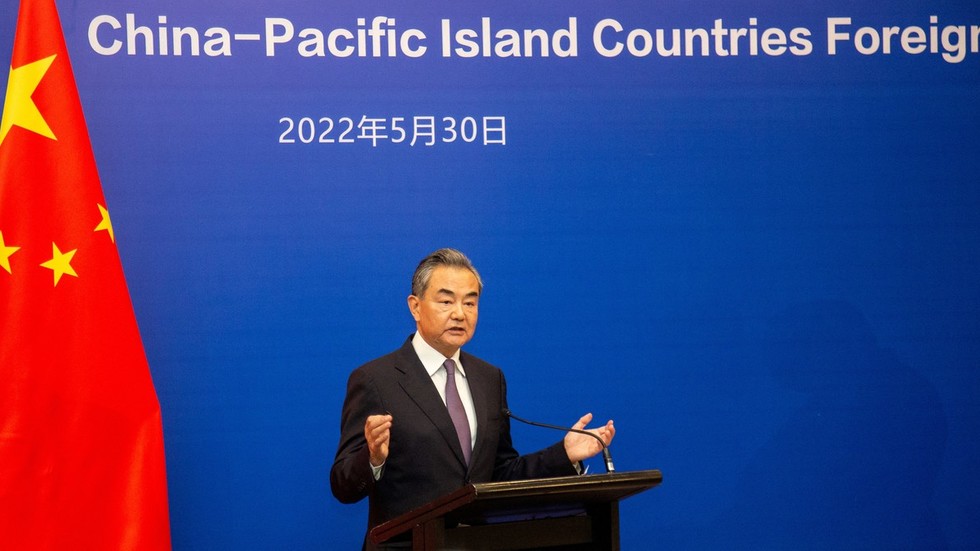 Beijing’s efforts to improve economic and security cooperation in the Pacific met a roadblock after a summit of 10 Pacific island nations in Fiji on Monday failed to reach a consensus. Some of the invited countries have expressed concern that China’s involvement in the security of the region could lead to geopolitical tensions with the US and its allies.

The meeting took place during a diplomatic tour of the Pacific by Chinese Foreign Minister Wang Yi, which included the Solomon Islands, Kiribati, Samoa, Fiji, Tonga, Vanuatu, Papua New Guinea, the Cook Islands, Niue and the Federated States from Micronesia.

The countries held a virtual summit in Fiji, where they would reach a consensus on a number of far-reaching agreements that would have increased China’s involvement in the region’s security, economy and politics. Although Samoa and the Solomon Islands had already signed a closer cooperation agreement with Beijing the day before the summit, other island leaders instead expressed concern about some elements of the proposal.

After the meeting, Wang stated that the nations had agreed on five areas of cooperation and that further discussions were needed to achieve greater consensus. However, none of the areas he mentioned included security. Instead, they focused on economic recovery after the Covid pandemic and new centers to coordinate agriculture and disasters.

Nevertheless, Wang insisted that Beijing will continue to conduct in-depth discussions and consultations with the region to build greater consensus on cooperation. He also urged those concerned about China’s activities in the Pacific islands not to. “too nervous”, noting that Beijing has been supporting developing countries around the world for decades, including in Africa, Asia and the Caribbean.

“Do not be too concerned and not too nervous, because the common development and prosperity of China and all other developing countries would only mean great harmony, greater justice and greater progress for the whole world,” he said.

Ahead of the summit, Beijing sent the invited countries a draft communiqué with a five-year action plan that included proposals for policing, cybersecurity, marine mapping, data communications cooperation and more.

However, that design met opposition from some island nations. David Panuelo, president of the Federated States of Micronesia, stated in a letter last week that he would not support the plan and warned it would lead to geopolitical tensions and threaten regional stability.

Panuelo called the proposal “the most groundbreaking proposed agreement in the Pacific in one of our lifetimes” and insisted that it “Threatens a new era of the Cold War at best, and a World War at worst.” He argued that China’s offer was: “insincere” and would “ensuring Chinese influence in government” and “economic control” of major industries.

The Micronesian president’s concerns are also shared by the US and its allies in the region, such as Australia, Japan and New Zealand, who have stated that China’s ambitions will only serve to fuel international tensions and that attempts Beijing’s move to expand its military presence in the Pacific posed an even greater long-term threat than Russia.

“China is the only country with both the intent to reform the international order – and, increasingly, the economic, diplomatic, military and technological power to do it.” US Secretary of State Antony Blinken said on Thursday, adding that: “Beijing’s vision would take us away from the universal values ​​that have underpinned so much of the world’s progress for the past 75 years.”

In response, Beijing has accused the US of spreading disinformation and attempting to “Constrain and repress China’s development and maintain US hegemony.” Chinese Foreign Ministry spokesman Wang Wenbin said on Friday that China deeply regrets and rejects Washington’s position and that Blinken’s speech “spreads false information, exaggerates the threat posed by China, meddles in China’s domestic affairs, and besmirches China’s domestic and foreign policy.”