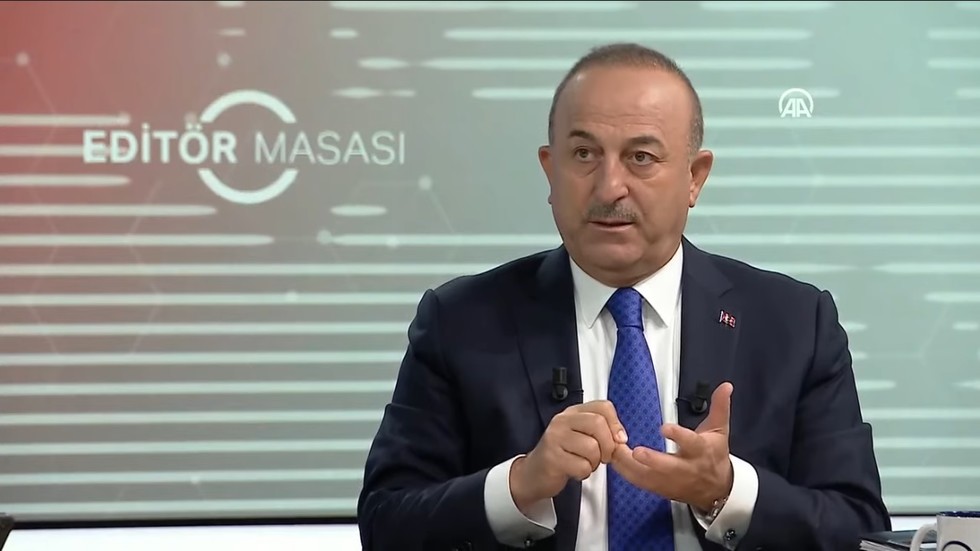 Ankara is a mediator between Russia and Ukraine and will not participate in the US-led campaign to punish Russia for its military action against its neighbor, Turkish Foreign Minister Mevlut Cavusoglu said on Tuesday.

The comment came just as the EU announced an agreement in principle on a sixth round of sanctions against Russia, including a partial oil embargo.

Turkey’s top diplomat reiterated its no-sanction policy when he answered questions about Ankara’s foreign affairs from Turkey’s Anadolu news agency. He said his Russian counterpart, Sergey Lavrov, would visit Turkey next week, with the issue of safe navigation in the Black Sea on the agenda.

Turkey has repeatedly stated that it does not see unilateral economic sanctions as a good tool and that it has preferred diplomacy in trying to resolve the crisis in Ukraine.

Ankara hosted the only round of peace talks between Russia and Ukraine, in which the sides said tangible progress had been made. Negotiations in Istanbul concluded in late March with Ukraine providing written proposals to Russia on how to settle their differences, including a neutrality pledge from Kiev.

The process has stalled ever since. Kiev claimed that Russian war crimes made it impossible for the Ukrainian public to accept a peace deal and said it was determined to win on the battlefield with the help of Western countries.

Moscow said it prepared a formal peace agreement based on Kiev’s proposals and sent it to them, but has heard nothing from the Ukrainian side. Russian officials said all statements made since then by Ukrainian officials, including President Volodymyr Zelensky, that they are willing to negotiate with Russia were not in good faith.