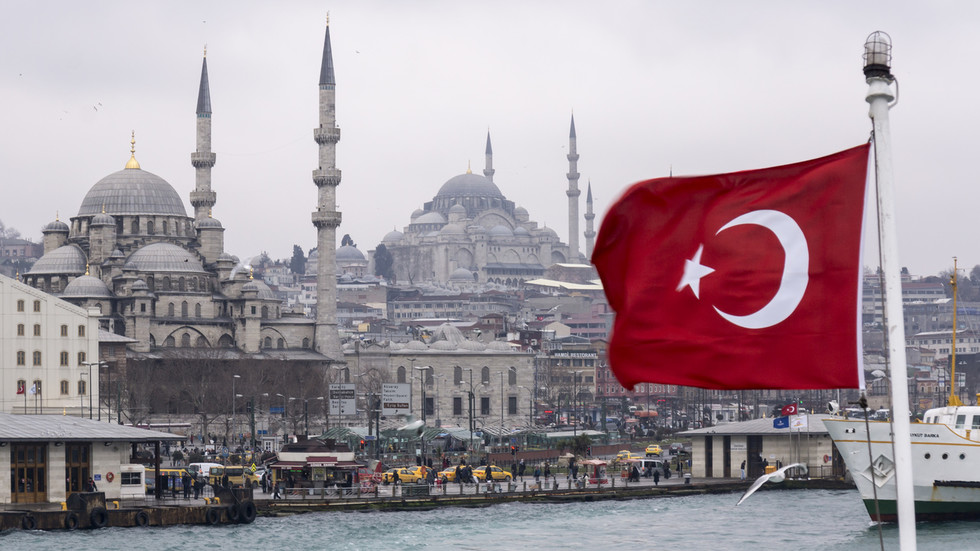 Turkey’s foreign ministry has summoned ambassadors from Germany and France to issue a letter of protest over the Kurdistan Workers’ Party (PKK)’s unhindered activity in their country. Ankara warned all NATO members, especially Finland and Sweden, who try to join the bloc that it will not tolerate any support for anti-Turkish terrorist groups.

In an interview with the state-run Anadolu Agency on Tuesday, Foreign Minister Mevlut Cavusoglu said Turkey was concerned about the recent surge in activity by the PKK and other terrorist organizations in France and Germany after the group, which Ankara considers as terrorists , held demonstrations in the two countries.

“We are talking about gatherings where symbols and flags of terrorists were demonstrated. The ambassadors of Germany and France were summoned yesterday to the Ministry of Foreign Affairs. They received notes about such actions from terrorist organizations. We have strongly warned them’ said Cavusoglu.

While the minister did not specifically mention which demonstrations had provoked Ankara’s response, it seems likely that he was referring to the long marches currently being held by Kurdish youth movements in Germany, France, Greece, England, Sweden and Switzerland.

The marches, which started on Sunday and are expected to last for several days, are being held in protest against the alleged invasion of the Turkish state and the “genocidal attacks” against Kurdistan – a roughly demarcated separatist area stretching between Turkey, Syria, Iraq and Iran. † The movement calls for the freedom of Kurdish leader Abdullah Ocalan and expresses solidarity with the guerrillas currently fighting against Turkish forces in Southern Kurdistan (Northern Iraq).

The foreign minister’s comments came as he explained why Turkey continues to oppose Sweden and Finland’s accession to NATO, and reiterates Anakara’s position that it will not agree to join the Scandinavian countries until they meet Turkey’s requirements. demands to end all support to terrorist groups.

He pointed to the fact that both countries continue to provide political, military and economic support to terrorist groups such as the PKK, its Syrian branch the YPG and FETO, which Ankara says is behind a coup attempt in 2016. Cavusoglu also noted that both countries are refusing to extradite members of these organizations, despite being persecuted in Turkey.

Asked to comment on NATO Secretary General Jens Stoltenberg’s attempts to get Turkey to meet with Finland and Sweden at alliance headquarters, Cavusoglu stated that while he was grateful for these efforts, Ankara had its own way to do things.

“We are not against diplomacy for the solution of this problem. We thank the Secretary-General for his efforts. But we have already handed these two countries a formal document on our demands. We cannot hold another meeting until we have received an answer.” he said.

On Sunday, Turkish leader Recep Tayyip Erdogan declared that, as long as he is president, his country will never allow a country that supports terrorism to join the NATO alliance, reiterating that Turkey will not green-light Finland’s and Sweden until they properly allay Ankara’s concerns.

Delegations from the two Scandinavian countries met with their Turkish counterparts last week and were given a list of demands, including a crackdown on groups Ankara considers extremists. However, Erdogan has labeled these talks as unfair.

“They are not honest or sincere”, he said. “They are not taking the necessary steps, they are still letting the terrorists walk freely through the streets of Stockholm and providing them security with their police.”

Finland and Sweden both decided on May 15 to break with their histories of neutrality, citing the Russian military offensive against Ukraine as motivation for them to join NATO. Their membership offers have been welcomed by Washington and its European NATO allies, but Turkey and Croatia have threatened to block applications unless their national security concerns are allayed.