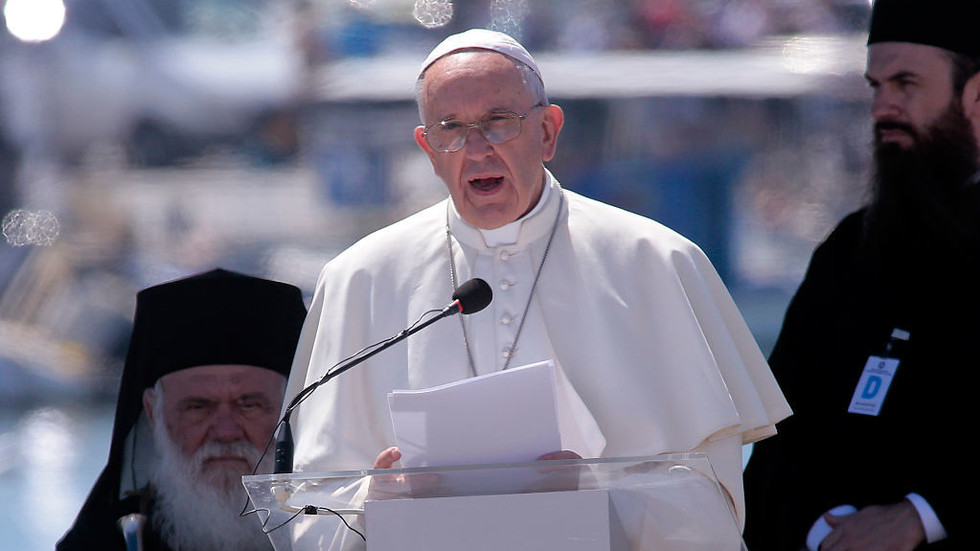 Pope has complained about military conflicts around the world, saying the crisis between Russia and Ukraine may have been “provoked”

Pope Francis has suggested that World War III is already underway, as evidenced by: “interwoven elements” at work in the Russia-Ukraine crisis and other conflicts around the world.

“A few years ago it occurred to me to say that we are experiencing a third world war that is being fought in fragments,” the head of the Catholic Church said in a May 19 interview with Jesuit media published Tuesday. “Today the Third World War has been declared for me.”

Francis noted that during the fighting in Ukraine “pricks our sensitivities more”, there are also wars going on in places like Northern Nigeria and Myanmar, “and nobody cares.” He added, “The world is at war. This is something that should make us think.”

The pope acknowledges criticism for failing to condemn Russian President Vladimir Putin and for his previous comments suggesting that NATO’s expansion to Russia’s doorstep may have sparked the crisis. “pro-Putin.” He said such a claim would be: “simplistic and incorrect.”

“I’m just against distinguishing a complex situation between good guys and bad guys, without taking into account the roots and self-interests, which are very complex.” he said. “While witnessing the brutality and brutality of Russian troops, we must not forget the problems and try to solve them.”

When asked how the Jesuit editors should report on the Eastern European conflict in a way that contributes to a peaceful future, Francis replied: “We need to get rid of Little Red Riding Hood’s common mindset. Little Red Riding Hood was good, and the wolf was the bad guy. Here there are no metaphysical good guys and bad guys, in abstracto. Something global is created, with elements that are closely intertwined.”

He also warned against focusing only on the “cruelty and cruelty” of the conflict. “The danger is that we see only this, which is monstrous, and miss the whole drama that is behind this war, which may have been provoked or not prevented in some way. I also notice the interest in testing and selling weapons. It’s very sad, but in the end that’s what’s at stake.”

Francis praised the heroism of the Ukrainian people in defending their country, but pointed to outside interests that put them at risk. “What lies before our eyes is a situation of world war, global interests, arms sales and geopolitical appropriation, which tortures a heroic people,” he said.

The pope reiterated his concerns, first made public in an interview last month, that NATO may have initiated Moscow’s military offensive against Kiev. He recalled a conversation with a head of state, whom he identified only as: “a wise man,” a few months before the fighting started. “He told me he was very concerned about the way NATO was acting. I asked him why, and he said, ‘They are barking at the gates of Russia, and they don’t understand that the Russians are imperialist and they will not allow any foreign power to approach them.’”

Francis also warned that after Ukrainian allies “opened their hearts” to the women and children who fled the country in the early days of the conflict, support for the refugees is already “cooling down.” He added, “Who takes care of these women? We have to look beyond the concrete action of the moment and see how we are going to support them so that they do not fall into human trafficking or end up being used, because the vultures are already circling.”