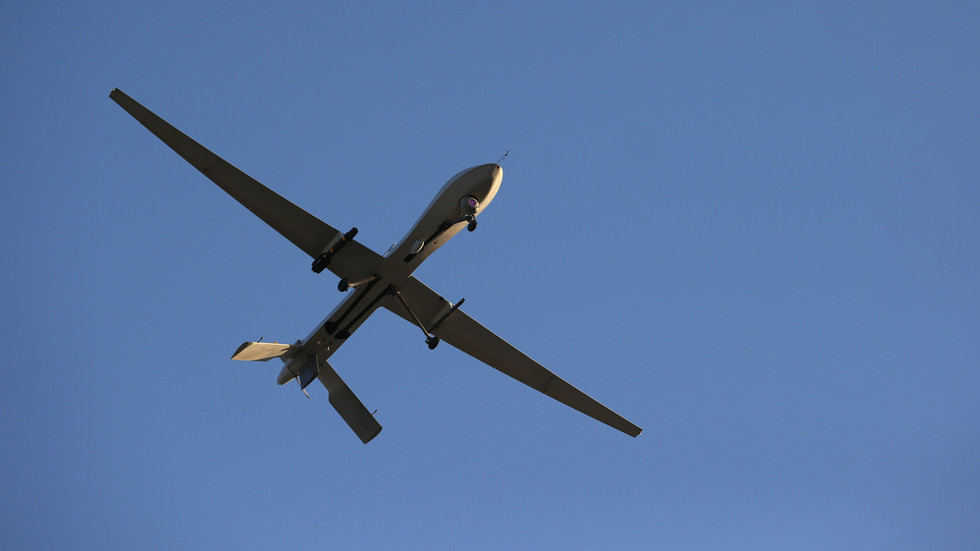 According to the report, the sale was initially approved by the White House, but later flagged by the Pentagon’s Defense Technology Security Administration (DTSA), which is tasked with keeping high-tech technology out of enemy hands.

The officials are said to be concerned that the drone’s radar and surveillance equipment could be captured by the Russians. The issue had been overlooked but came up for discussion at a Pentagon meeting late last week, Reuters said.

A source said the radar and sensors may now be replaced for something “less refined” for the sale to go through, but that could take months.

The Gray Eagle is the US military’s newer version of the MQ-1 Predator attack drone, which has been widely used for air strikes in the Middle East. Like the Predator, the Gray Eagle can carry Hellfire missiles.

The planned sale was reported in early June and has not been officially confirmed by the US.

The report of the delay comes as Ukraine continues to push the West to broaden and speed up arms supplies to fend off the Russian offensive.

“If you think we should lose, tell us right away, ‘We want you to lose.’ Then we’ll understand why you’re giving us weapons at this level’ Mikhail Podoliak, adviser to President Volodymyr Zelensky, told the New York Times on Monday.