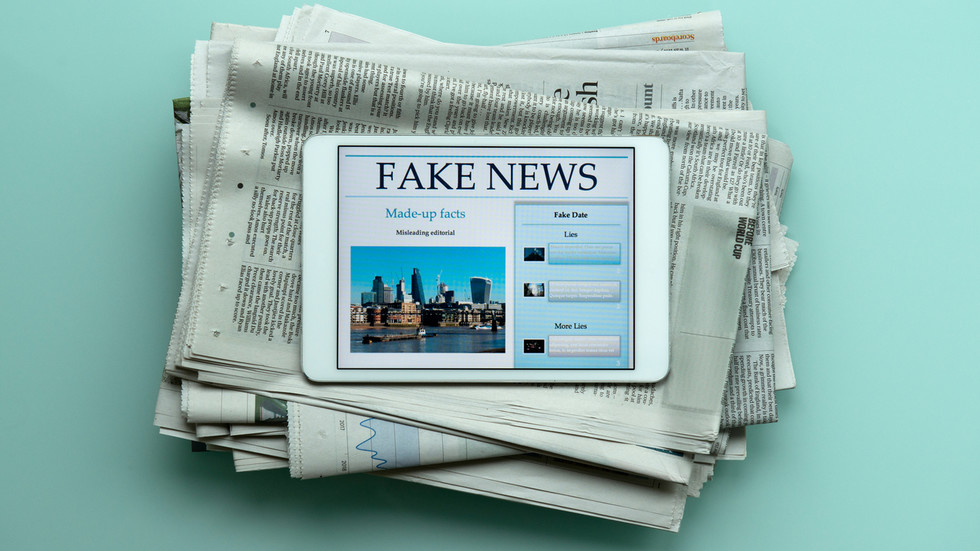 According to the survey, conducted in 46 countries by the media giant earlier this year and published Tuesday, nearly two in five people surveyed in an annual Reuters study reported consuming news sometimes or often.

A whopping 38% of respondents said they avoided reporting on certain topics, such as the Covid-19 pandemic in this case, because the coverage “repeating” and “depressing”, an increase of 10 percentage points from the figures reported in 2017. Of those who admitted to avoiding the news, 43% complained that there was too much coverage about politics and the pandemic, while 36% blamed the news for their bad mood and 29% complained that there was simply too much news to digest .

News avoidance among UK respondents has risen the most, with 46% claiming to avoid the news”sometimes” or “often– almost twice as much as in 2016. The BBC suffered the biggest drop of all public media brands covered in the report, with a loss of 20 percentage points since 2018. One of the reasons cited by UK residents for it distrust of their media, the concern of news organizations has been to put their own commercial and political interests above those of society.

Nearly three in ten (29%) of global respondents complained that the news they saw was unreliable or biased, while a significant proportion complained that it led to fights they’d rather avoid. Another 16% simply found the news useless and reported “I can’t do anything with the information.†

The global outlook for media reputation is bleak: only 42% of respondents say they trust journalists”mostly† The US leads the pack on a downward spiral, with only 26% of respondents reporting confidence in the media, a three-point drop from last year.

The pandemic provided a brief boost in credibility to most countries, but apart from Finland, where 69% report trust in their media, that newfound faith was short-lived. Nearly half of the countries surveyed saw a decline in trust in news media last year, while only seven saw an increase.

Study author Nic Newman blamed the high level of political unrest for the general dissatisfaction with the coverage, and emphasized Brazil’s, UK’s and US’s high rankings among news avoiders. †Topics that journalists care about most, such as political crises, international conflicts and global pandemics, seem to be the very ones some people reject‘ he remarked.

Journalists need to strike a balance between tackling trust issues and treating readers like adults, he said, calling on writers to clearly label opinions as such and avoid passing clickbait and sensationalism for “real” journalism. Writers should also strive to make news.”more accessible/easier to understand”, said Newman, claiming that slang and “speak insiderdrove readers away.

READ MORE:
Westerners are skeptical of their leaders, but not of their anti-Russian stories

Younger respondents in particular indicated that they are more distant from popular news brands such as the New York Times or Washington Post, rather than consuming news through social media and search engines. Two in five people aged 18-24 reported using TikTok weekly, with 15% using the microvlogging platform to find, discuss and share news stories. Smartphones dominate television, radio and newspapers in most countries as the primary means of news consumption.

But according to Newman, who told Poynter that “people often feel like they are being bombed/overburdened if they have not asked for it†depressingstories they don’t want.