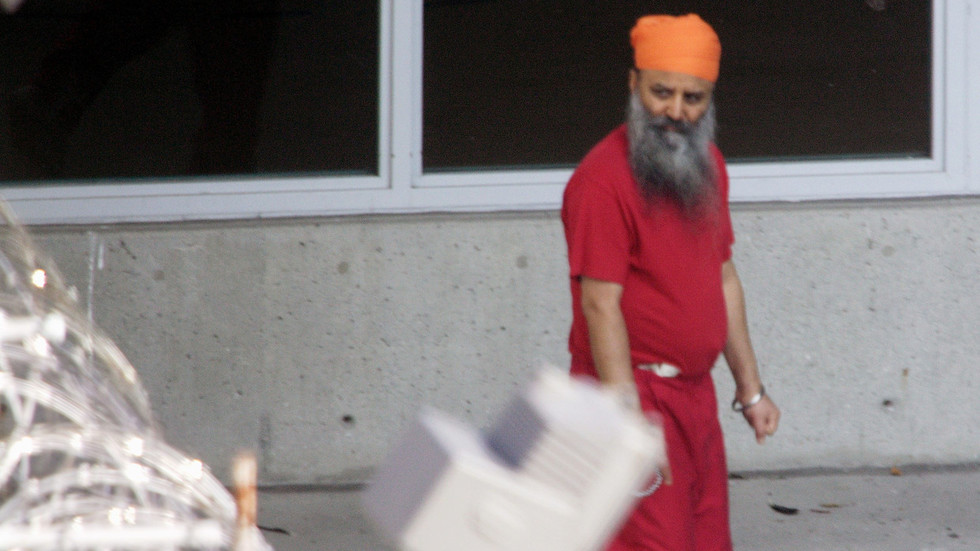 Years after being acquitted of committing Canada’s worst terrorist attack, a former suspect has been killed in British Columbia

One of the alleged terrorists acquitted of bringing down an Air India flight with a suitcase bomb in 1985, which killed 329 people, has been fatally shot in Canada in what police believe was likely a targeted murder.

Ripudaman Singh Malik, 75, was gunned down Thursday morning in Surrey, British Columbia, and died at the scene, police said. A witness told Canada’s CBC News that he heard three gunshots and then pulled Malik from his red Tesla. The victim was bleeding from a neck wound.

“We are aware of Mr Malik’s background, although we are currently trying to determine the motive,” murder investigators in a statement. “We can confirm that the shooting appears to be targeted and there is no further risk to the public.”

Malik, a Sikh businessman who immigrated to Canada in 1972, was among the suspects charged with bombing an Air India flight that originated in Toronto and blew up off the coast of Ireland while en route to London. . The incident marked Canada’s deadliest terrorist attack ever. Another bomb destined for a separate Air India flight exploded at an airport in Tokyo, killing two baggage handlers and bringing the total death toll to 331. More than 80 of the victims were children.

Prosecutors alleged the bombings were carried out by Sikh extremists in British Columbia who targeted state-owned Air India in retaliation for a June 1984 raid on the Golden Temple in Amritsar, Punjab. The raid, allegedly done to flush out separatists, killed about 400 people and infuriated Sikhs, who accused the Indian government of desecrating their holiest shrine.

Malik and an alleged accomplice, Ajaib Singh Bagri, were acquitted of mass murder and conspiracy charges in 2005 after a two-year trial. The only suspect found guilty of the Air India attack, Inderjit Singh Reyat, testified against Malik and Bagri and was later convicted of perjury.

Malik’s son, Jaspreet Singh Malik, lamented that media and the Royal Canadian Mounted Police (RCMP) always viewed his father as an accused Air India bomber. “He was wrongly charged and the court concluded that there was no evidence against him,” said the younger Malik. “The media and RCMP never seemed to accept the court’s decision, and I pray today’s tragedy has nothing to do with it.”

READ MORE:
India worries about human rights in US

The senior Malik initially worked as a taxi driver after moving to Canada. He later headed the Khalsa Credit Union and Khalsa Schools in British Columbia. The latter, which teach the Punjabi language and Sikh history along with the standard Canadian curriculum, have been criticized for continuing to receive government funding after Malik was arrested in October 2000 as an accused Air India bomber.