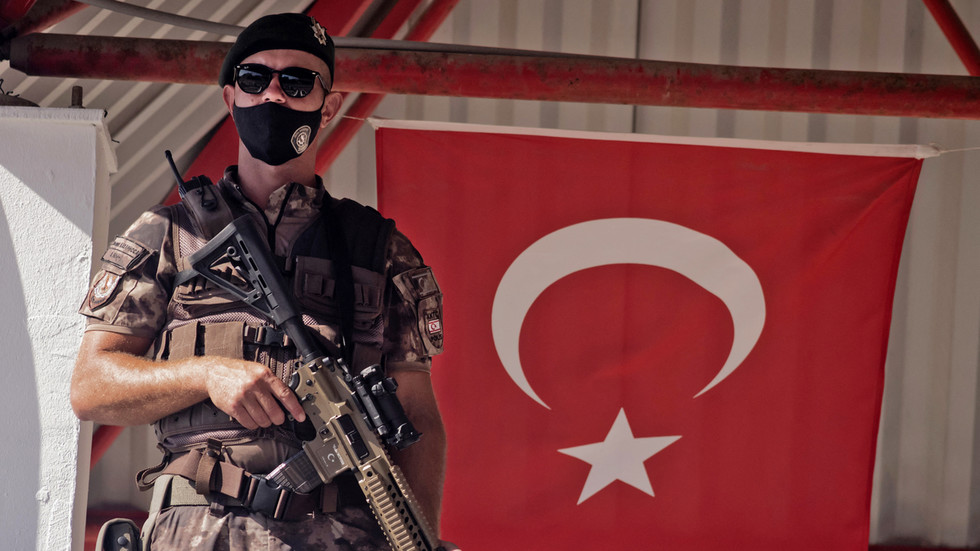 Turkey’s top diplomat has pledged to help the Syrian government expel Kurdish fighters in the northeast of the country, who are “terrorists” by Ankara, despite a recent spike in tensions after Turkey honored threats to take military action of its own.

Foreign Minister Mevlut Cavusoglu said in an interview with Turkish broadcaster TV100 on Wednesday that his country is willing to cooperate with Damascus against Kurdish militants fighting under the banner of the US-backed Syrian Democratic Forces (SDF).

“We will give all kinds of political support to the work of the [Syrian] regime in this regard. It is the regime’s most natural right to clear a terrorist organization on its own territory.” the FM said about the SDF, which is present in northeastern Syria.

Cavusoglu went on to say that Turkey has also reached out to Iran about the matter, as the Islamic Republic has long fought in support of the Syrian government against rebels and jihadist groups during the country’s decade-long civil war.

Although Damascus has regularly talked to Kurdish fighters, it has largely focused its efforts on militant Sunni factions – some linked to Al-Qaeda and Islamic State (IS, formerly ISIS) – and has even collaborated with the SDF and allied Kurdish units in those. sometimes fight.

The Syrian government has not yet responded to Ankara’s offer of aid, but has spoken out against any unilateral Turkish military action on its territory. In June, Turkey announced plans for a new offensive in the Kurdish-controlled regions of Syria, saying it would create a 30-kilometer “safe zone” along the Syria-Turkey border, a plan similar to previous Turkish ones. operations in border towns such as Manbij.

In response, Syria has reportedly reinforced a number of positions around Hasakah and Raqqa provinces with help from Russian forces, warning that it will not “aggression.”

Ankara, however, appears unimpressed by the warnings, as it has already launched armed operations in Hasakah and elsewhere, including a drone strike that killed a prominent female Kurdish commander near Qamishli last week. The attack prompted a message of condolence from Washington, which has long entrenched and supported the SDF, after a failed year-long attempt to arm and train Sunni rebels with the aim of overthrowing the government in Damascus.

Cavusoglu criticized the US statement, calling it “unacceptable” and “A great example of the insincerity of the United States in the fight against terrorism.”

While Turkey remains fixated on Kurdish groups, it also backs a force of paramilitary fighters in Syria it calls the “Syrian National Army,” composed largely of remnants of the rebel-free Free Syrian Army, another formerly US-backed faction. The FM urged Damascus to distinguish between ‘terrorists’ and the ‘moderate opposition’, apparently referring to the Turkish-backed units operating in Syria.