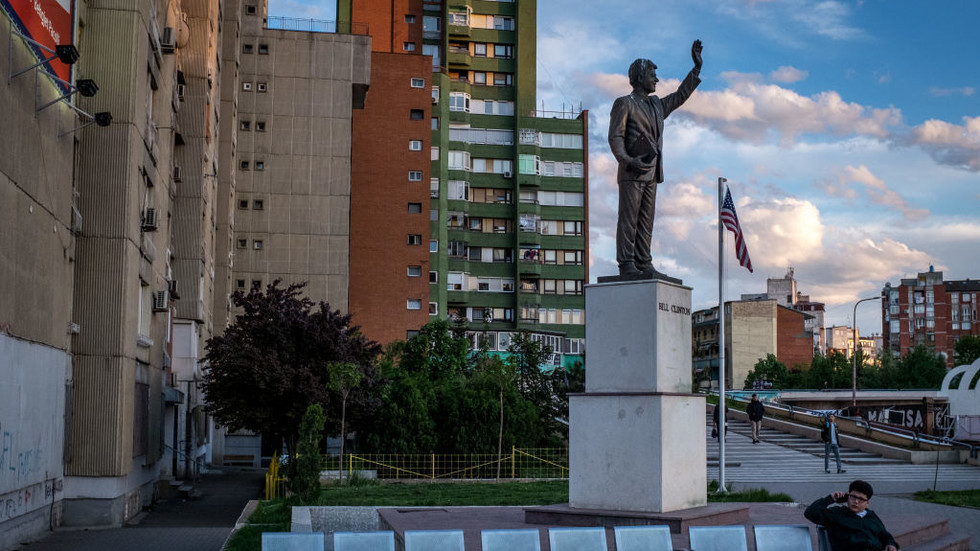 On the advice of the US ambassador, Pristina postpones the ban on Serbian documents, sparking protests

Authorities in the breakaway Serbian province of Kosovo announced late Sunday that they would postpone the implementation of their ban on Serbian license plates and identification documents until September 1.

The US ambassador to Kosovo reportedly urged Pristina as police faced roadblocks erected by local Serbs and NATO peacekeepers deployed to prevent clashes.

The postponement was accompanied by a demand from Prime Minister Albin Kurti’s government that the Serbs dismantle their barricades, Pristina-based TV station Dukagjini said, which said Kurti’s decision followed a request from the US ambassador to Kosovo. Jeffrey Hovenier.

Postponing the measures was necessary because of “misinformation and misunderstandings” about its nature, the outlet quoted Hovenier. The US only asked for the implementation of the legislation to be delayed and not canceled, he added.

Serbs in the north of the breakaway province had put up roadblocks and sounded alarm bells earlier in the day as the heavily armed special police under Pristina’s command took control of two administrative border crossings with Serbia. Kurti’s government insisted that they begin blocking vehicles with Serbian-issued license plates and other documents, in the name of imposing “law and order” throughout the territory of the province.

Both the local Serbs and Belgrade have objected, pointing out that Pristina has repeatedly failed to fulfill its obligations to respect the civil and human rights of Serbs. Serbian President Aleksandar Vucic said the Serbs “will suffer no more atrocities”, and swore to “to win” if the ethnic Albanian government persisted in “Persecuting, harassing and killing Serbs.”

Amid unconfirmed and often conflicting reports of armed Albanians advancing en masse into Serb-majority towns and gunfire that may or may not have injured civilians, the NATO peacekeeping force in the province, KFOR, announced it was “willing to intervene if stability is compromised.”

Meanwhile, Russia accused Pristina of deliberately escalating the situation as part of NATO’s effort to attack Serbia. Kosovo and its US and EU financiers to “Stop provocations and respect the rights of Serbs”, That said the spokeswoman for the Ministry of Foreign Affairs, Maria Zakharova, on Sunday.

On Sunday evening, Vucic held talks with the KFOR leadership from the headquarters of the Serbian General Staff. After emerging from the building shortly before midnight, he told reporters he was optimistic about a peaceful solution.

“I hope this will de-escalate tomorrow and we can come to a resolution in the coming days,” he said. Vucic said, adding that the KFOR commander will hold talks about dismantling the roadblocks with local authorities in Kosovska Mitrovica.

“In the coming weeks and months we will face the toughest political battle ever, so I thank everyone for their restraint, especially the Serbs in Kosovo.” said Vucic. “There will be no surrender and Serbia will win.”