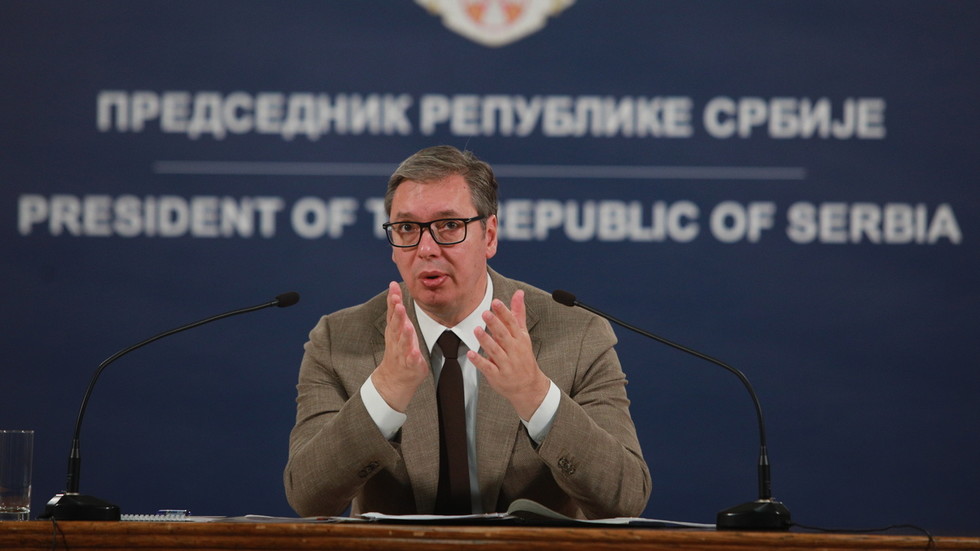 Nevertheless, Aleksandar Vucic has confirmed that he will participate in the upcoming negotiations organized by Brussels

Serbian President Aleksandar Vucic expected “nothing” of the forthcoming talks with Kosovo, which were announced after the renewed flare-up between Belgrade and the breakaway region.

Speaking to the RTS TV channel on Tuesday, Vucic launched a personal attack on Kosovo Prime Minister Albin Kurti, stating that the latter has clearly shown his attitude towards Belgrade and that those who believe it was possible to make peace with the region, being wrong.

“I’m going to Brussels, it’s not difficult for me, I don’t expect anything. Whoever thinks it is possible to keep the peace with Kurti, I believe they are very wrong, I know who I am dealing with.” said Vucic.

Tensions between Belgrade and Pristina ran high this weekend, as authorities of the breakaway region planned to ban the use of Serbian-issued license plates and identity papers from August 1, and enforce the measure together with police units. . Belgrade called it an attack on the Serb population of Kosovo, as Vucic accused Pristina of violating the rights of local Serbs. Kurti, in turn, has accused local ethnic Serbs of attacking the police, alleging that Kosovo was facing “Serbian National Chauvinism.”

The crisis was suspended after Washington called on Kosovo to delay implementation of the controversial rules until September 1. “Two days ago, in Kosovo and Metohija, we were one step away from disaster,” said Vucic, referring to the region by its official name.

The president also accused the Kosovo authorities of political expediency, claiming that they saw the ongoing Ukrainian crisis as a good time to achieve their own goals.

“The bottom line is that some people in the region think that when there is general hysteria about the war in Ukraine, it is possible to achieve their goals,” explained Vucic.

NATO occupied Kosovo in 1999, after a 78-day bombardment of what was then Yugoslavia. The region unilaterally declared independence in 2008 with the support of the US and many of its allies. However, the breakaway region has not received universal support, as it is not recognized by Serbia, Russia, China and the UN as a whole.