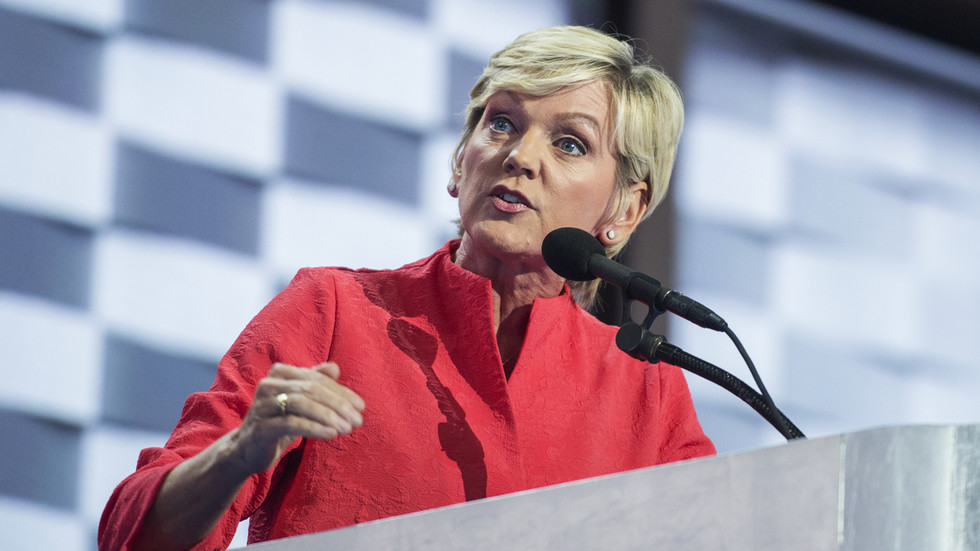 It looks like it’s Europe’s turn to hear what Washington’s promises are worth. (Spoiler alert: Not much.) In a letter that the Wall Street Journal editorial board has described as “bullying,” US Secretary of Energy Jennifer Granholm demands that the country’s major energy refineries refrain from increasing fuel exports at a time. in which the American allies in Europe is in dire need. “Given the historic level of US refined exports, I urge you once again to focus on building inventories in the United States for the short term, rather than selling current inventories and further increase exports,” he said. Granholm wrote, citing “historically low stock levels of petrol and diesel in parts of the country.” In other words, America first. Who is surprised? Europe certainly shouldn’t be – despite what it may have led you to believe.

Granholm’s stance is far removed from the joint statement by the EU and the White House on June 27, which referred to cooperation in “working together to find ways to further reduce Russia’s energy revenues in the coming months.” The western allies claimed that “Made major steps to reduce the European Union’s dependence on Russian fossil fuels by reducing demand for natural gas, collaborating on energy efficiency technologies and diversifying energy supplies.”

Where is that collaboration now? The truth is that the US simply does not have the infrastructure and capacity to meet Europe’s enormous needs, and at home it has to deal with environmental pressures that complicate its construction. It’s the same reasoning that kept Canadian Prime Minister Justin Trudeau from promising Canadian liquefied natural gas to German Chancellor Olaf Scholz during his visit to Ottawa earlier this month.

The White House stated that it was “Working together to diversify energy supplies to Europe” and that “The United States and other producers have risen.” Only the US Secretary of Energy is now telling US energy suppliers to hide behind the couch and pretend they are not at home, while the EU is knocking on the door worldwide like mad.

Understandably, US President Joe Biden and Democrats are watching their own political interests ahead of the November midterm elections. They certainly wouldn’t want to risk a home fuel shortage that could give Republicans a win.

It is also far from inconvenient for Washington that Brussels is struggling without its cheap Russian gas. Well before the Ukraine conflict, Washington approved the Nord Stream 2 gas pipeline, as it was nearing completion and Russian gas would be transported to Europe via Germany. Washington’s worrying argument was that it was bad for Europe to be so dependent on Russia for its energy. So under the guise of protecting Europe from itself, Washington did its best to delay the project. The end result, of course, is an economically less viable Europe, boosting Washington’s global competitive advantage.

Russian gas flowing through the Nord Stream 1 pipeline has made Germany the economic heart of the European Union – and, by extension, enabled the EU to compete globally on an equal footing with Washington. Reliance on it has never been a problem for the EU until now. And it’s only a problem now because the EU has unilaterally cut itself off from its own supplies and is now trying to portray it as the fault of Russian President Vladimir Putin. Blaming Putin and convincing Europeans it’s all Russia’s fault is about the only chance European officials have to divert public outcry from themselves amid record-high energy bills, shortages, blackouts, rationing, production shortages and deindustrialization. If this ticking time bomb of anger is not successfully defused, it could lead to civil unrest at home.

It is not as if the EU member states had no options. Hungary has proven that it is entirely possible to reject anti-Russian energy sanctions when it is not considered in the best interest of its own people and industry. Not only has Hungary signed new energy deals with Russia since the beginning of the conflict, but it has now given the green light for the construction of new nuclear reactors to be built by Russia.

Hungary has shown the courage to save itself, while the rest of the EU is imposing more controls on their citizens’ energy consumption and telling them to brace for austerity. As much of the world has already learned, Europe is about to become the big loser in it all, as America promises a better future after destroying what existed before. Washington is always looking out for its own interests, first and foremost, as Granholm’s letter confirms. The EU should consider doing the same before it is too late.