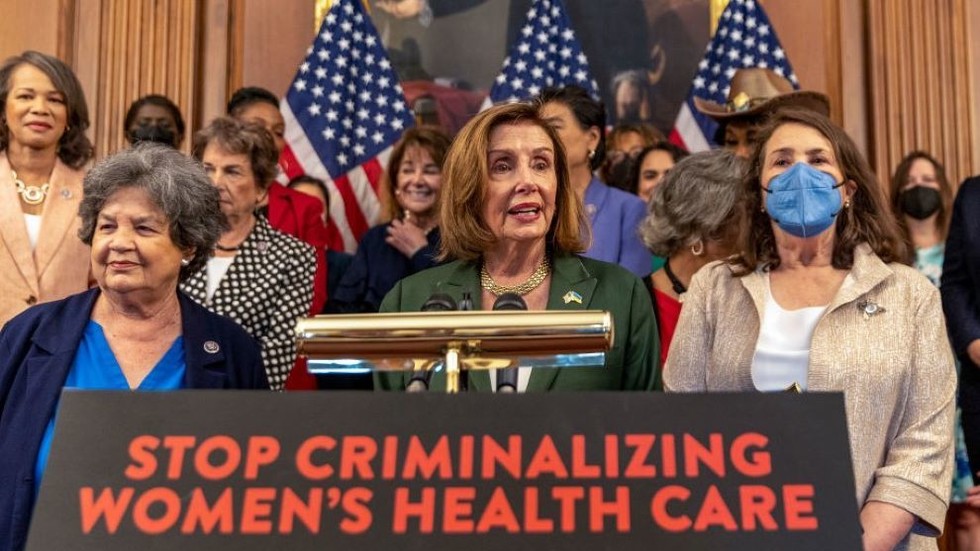 US House Speaker Nancy Pelosi, a California Democrat, has marked Women’s Equality Day by stating that restricting access to abortions “sinful,” a position that seems inconsistent with her professed Catholic faith.

Speaking at the Roundtable on Women’s Reproductive Health in San Francisco last week, Pelosi condemned the prohibition or restrictions on abortion in Republican-led states as “unjust.” She added, “The fact that this is such an attack on women and women of color – lower-income families – is just sinful. It is sinful. It’s wrong that they should be able to tell women what they think women should be doing with their lives and their bodies.”

Heading into November’s congressional midterm elections, which will likely determine whether President Joe Biden can continue to push through his policy agenda, Democrats have turned to abortion as a key campaign theme. The controversial topic came to the fore after the U.S. Supreme Court overturned the landmark Roe v. Wade Court ruling in June, finding that abortion is not a constitutionally protected right.

Pelosi warned that if Republicans take back control of Congress, they will enact a national abortion ban — perhaps an unlikely scenario, given Biden has vowed to veto such a bill. “It is sinful, the injustice of it all,” she said.

The 82-year-old lawmaker said Republicans were ignoring women’s health needs, reducing opportunities for the children they may already have and potentially preventing them from having children in the future. “Let’s understand what this attack is on women, women of color. . . women with lower incomes. And it is an injustice, an injustice that we will not tolerate and cannot bear.”

Pelosi, who has repeatedly touted her Catholic faith, has clashed with the Catholic Church over her support for abortion rights. San Francisco Archbishop Salvatore Cordileone has said he will no longer allow the politician to receive Holy Communion because she is a “serious evil.”

READ MORE:
US senators battle over who can get pregnant

However, she was not the only self-proclaimed Catholic congresswoman to speak out against abortion restrictions at the San Francisco roundtable. “The fact that we now have a federal-level government mandating pregnancy – government-imposed pregnancy – is at odds with any personal freedom on which our country is founded,” Representative Jackie Speier, also a California Democrat, said at the event.

The US does not have a federal ban on abortion. None of the state-level restrictions vary by skin color.