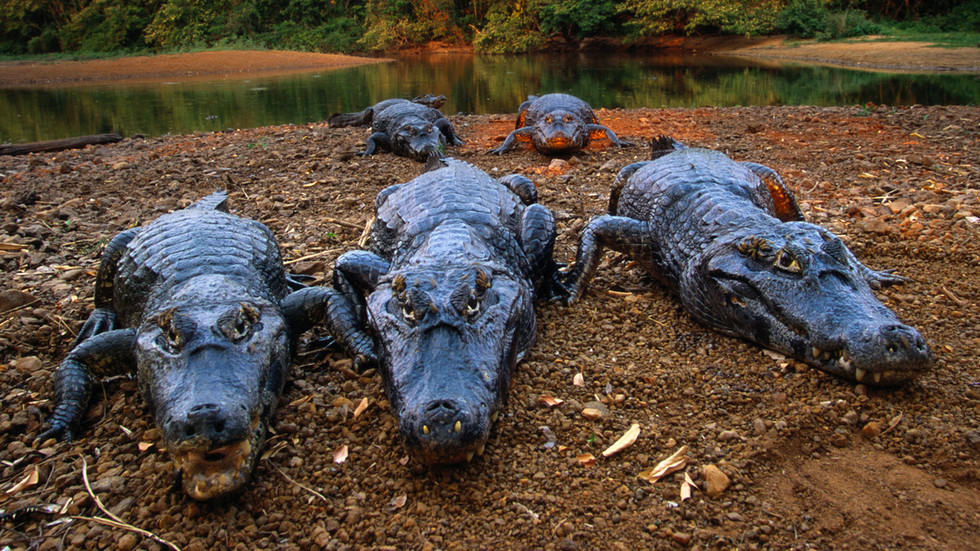 Thousands of alligators sunbathing on a Brazilian beach were not an ‘invasion’, fact-checkers claim

A video purporting to show thousands of crocodiles being dragged onto a Brazilian beach went viral last week, sparking debate over whether the giant lizards were really the ones invading the pleasure spot. Newsweek fact-checkers tried to contain the story on Friday, declaring the marauding creatures were alligators and they came in peace.

The clip, viewed 10.3 million times, shows thousands of brown caimans (a type of reptile more closely related to alligators than crocodiles) basking on the edge of a river in the Pantanal, the largest tropical wetland in the world. It was originally posted by sporting goods company Pantanal Pesca on Instagram with the caption “I think there’s a little bit of water in this alligator, lol. I’ve never seen so many in one place…”

Social media users are quick to let their imaginations run wild. Twitter user @RAF_Valerie called the phenomenon a “invasion of crocodiles” and claimed that the locals “in a panic”, even suggesting that the swipe was due to “a volcano or earthquakeon the horizon.

Other users questioned that version of events. “Call it recovery‘ a person objected. “Thousands of crocodiles have flooded a beach to reclaim their home once infested by humans.”

This is not a beach, nor an invasion. It’s just a beautiful view of Brazilian Caimans in their natural habitat, by the Nabileque River, as seen from the MS-195 road, in the middle of the “Pantanal” wetlands. Local human population: 0. Panicked: 1 radio station from LA. 😉🤣 pic.twitter.com/0ZtRDDh1NE

Newsweek’s fact-checkers confirmed that the Pantanal was indeed the rightful home of the caimans, boasting “the largest concentration of crocodiles in the world, with about 10 million caimans”, according to the World Wildlife Fund. In comparison, there are only about 206,000 people in the area.