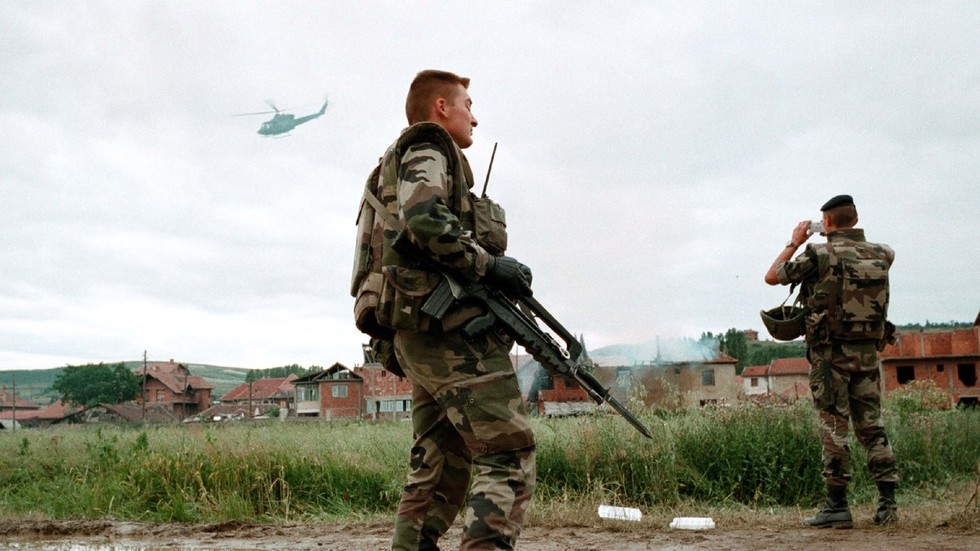 Peacekeepers in the region are “ready to intervene” in case of flare-up involving minority Serbs, says alliance official

NATO stands ready to send more of its troops to Kosovo in the event that tensions between the local authorities and the Serb minority turn violent amid a stalemate over vehicle licensing between Belgrade and Pristina.

“We can also draw on reserve troops that we can call in at short notice,” Piperni was quoted by Reuters.

The statement comes after NATO’s secretary general stated last month that the bloc was ready to intervene if: “stability” in Kosovo, adding that KFOR “all measures necessary to ensure a safe environment and freedom of movement for all residents of Kosovo.”

Tensions between Kosovo and Serbia escalated in August after Pristina passed a law banning documents and license plates issued by Serbia. Kosovo attempted to enforce the new measure by sending heavily armed special police to take over the border between Serbia and Kosovo, while local Serbs resisted by erecting roadblocks and engaging in violent clashes with Pristina’s armed forces.

After NATO peacekeepers were deployed to defuse the situation, the government of Pristina agreed to delay the implementation of the new law in exchange for the protesters dismantling their barricades.

However, as the October 31 deadline for the end of that postponement approaches, many fear that tensions will flare up again on the Serbia-Kosovo border.

Serbian President Aleksandar Vucic has accused Pristina of questioning his country’s security and creating the risk of violent clashes in the region by increasing the presence of special forces at the border.

He has also lashed out at the EU for trying to pressure Belgrade to resolve the conflict by signing an agreement with Pristina, which Vucic says would essentially recognize the breakaway province.

After gaining the support of the West, Kosovo declared its independence in 2008. Although the US and many of its allies have recognized it as independent, Serbia, Russia, China, the UN and five EU member states have not.