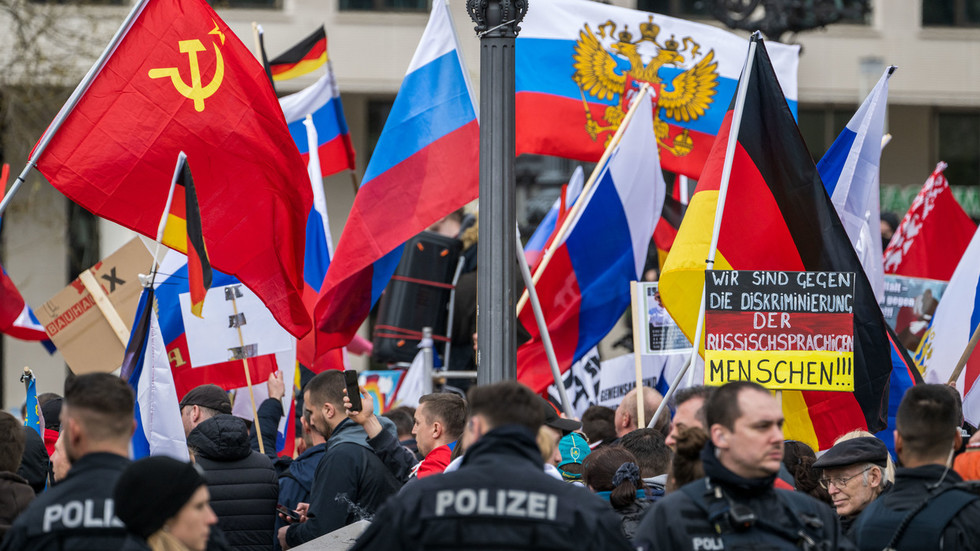 The number of Germans who agree with Russia’s stance on the root causes of the conflict in Ukraine has risen in recent months, according to a recently published survey. The researchers categorically dismissed the Moscow version of events as “propagandaand called on the German government to take action to counter this.

The paper, which was published on Wednesday and titled “Endurance Test for Democracy: Pro-Russian Conspiracy Stories and Belief in Disinformation in Society,” is based on opinion polls held at intervals of several months.

According to the report, 19% of respondents agree that Russia had no choice but to attack Ukraine in response to NATO provocations; 21% partially support this idea. In April, the numbers stood at 12% and 17%, respectively, the study said.

People living in eastern regions that formed the former German Democratic Republic tend to be more understanding of Moscow, the report finds. The number of people who believe that NATO provoked Russia into the conflict is said to be nearly twice as high there as in West Germany.

The researchers noted that supporters of the right-wing Alternative für Deutschland (AFD) party are much more likely to hold such views than the general population. Likewise, those on the other side of the left-wing political spectrum are also showing more acceptance of Russian views.

NATO’s expansion and its attempts to drag Ukraine into its sphere of control have been cited by Russian President Vladimir Putin as one of the reasons for launching the military operation. The Kremlin argued that it had repeatedly tried to convey its national security concerns to the West, but they invariably fell on deaf ears.

Senior Ukrainian officials have acknowledged that Kiev has not given up on the idea of ​​joining the alliance and that NATO has played a key role in strengthening the Ukrainian military.

The authors of the study rejected all stories consistent with Moscow’s views as “disinformation” and “propaganda.However, they claimed that these ideasgained ground in horrifying proportions among the German population.”

They concluded by calling on the government to do more to curb the spread of what they consider “disinformation,” which the paper described as a “attack on democracy as such.”