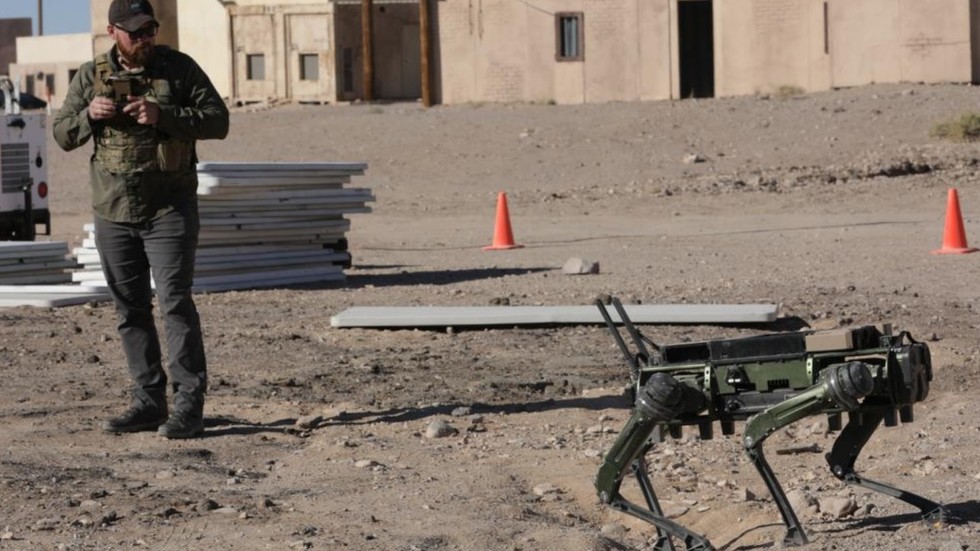 US and British armed forces have held a joint exercise to practice interoperability and test their latest gadgets and combat techniques in terrain similar to the “Ukrainian steppe”, reportedly including war games that simulate how they could “pacify” crowd of angry Russian speaking citizens.

Ongoing exercises are being held in California’s Mojave Desert as part of the Pentagon’s ‘Project convergence‘which was expanded this year to include the participation of allies Australia, Canada, New Zealand and the UK.

The troops, including an elite British infantry regiment, practiced “lesson learned” of the Russia-Ukraine conflict while training on open desert landscapes deemed “similar to the flat terrain of the Ukrainian steppe”, according to the British newspaper Times.

The exercises took place at Fort Irwin, a sprawling US military base with realistic-looking fake villages built with the help of Hollywood set designers. In recent years, Arabic speakers and Afghans have been hired and taken from the Los Angeles area to play the role of civilians. This time, when the conflict between Russia and Ukraine raged in Eastern Europe, most of the non-combatants were played by Russian-speakers.

“The fake citizens even have their own social media networks – ‘Fakebook’ and ‘Twatter’ – on which they whip up an unruly crowd by giving examples of US troops behaving badly,” according to the Times. “The soldiers must then calm the crowd.”

According to a statement from the British government, it was the first time that members of the new British Ranger regiment were deployed alongside the US 75th Ranger regiment. It allowed troops to test advanced technology — such as artificial intelligence, robotics and new drones — while practicing information-sharing procedures with their allies.

Russia is not alone in attracting the attention of Western military planners. An earlier phase of Project Convergence simulated a conflict that erupted on a Pacific island after the Pentagon identified China as the greatest threat to US national security.