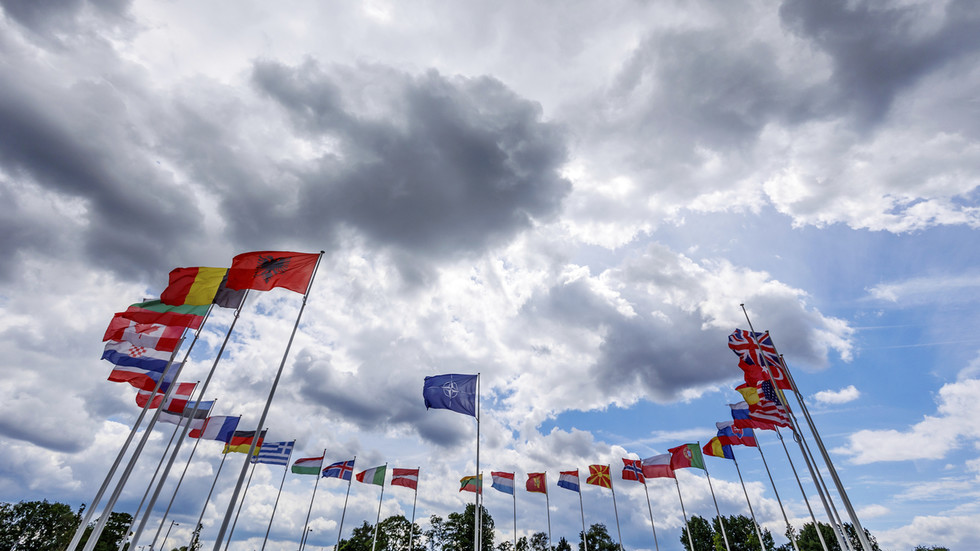 NATO’s Parliamentary Assembly has passed a largely symbolic resolution calling on member states to label Russia “terrorist” state, claiming that Moscow is a “immediate threat” until “Euro-Atlantic Security” while demanding more military support for Kiev and ending restrictions on the “Forward Deployment of NATO Forces.”

The non-binding statement was adopted by the assembly on Monday, with the body warning against it “the Euro-Atlantic area is no longer at peace and that the global security environment has rapidly deteriorated” amid ongoing fighting in Eastern Europe, only to denounce Russia’s military operation “in the strongest terms.”

The resolution made a series of requests to NATO members asking them to do so “clearly declare that the Russian state under the current regime is a terrorist state”, and to “increase military, intelligence, financial, training and humanitarian support to Ukraine”, among other things “speed up” arms shipments.

The NATO bloc must “hold this support as long as it takes for Ukraine to prevail”, added the resolution, which also called for any existing restrictions on the “forward bet” of the Western armed forces along the Russian borders are declared “void.”

Washington alone has authorized nearly $20 billion in “lethal aid” to Kiev since President Joe Biden took office in 2021, much of which was approved after Russia’s military operation launched in February. NATO allies have acknowledged their concern that the weapons flooding Ukraine’s chaotic battlefield have not been properly tracked. The new resolution emphasizes the need to ensure that the “traceability of the weapons supplied.”

Ukrainian President Vladimir Zelensky addressed the gathering in a video message before the final resolution was passed, praising the alliance for its military assistance and for helping his country to “to defend [itself] in this war.”

Parliamentary Assembly resolutions are not enforceable among NATO members and are intended only to advise the alliance on urgent issues. The body is “independent of NATO” and has “no direct supervisory role” about its policies, according to its website. The newly elected president, French Senator Joelle Garriaud-Maylam, took a tough stance on Moscow on Monday, claiming that Russian leaders “should be tried as terrorists before international tribunals.”

In addition to declaring Moscow a “terrorist” state and other symbolic measures, the Parliamentary Assembly said NATO countries should work towards creating a “international tribunal” to prosecute and coerce Russian officials for alleged war crimes “full recovery from damage loss or injury” linked to the conflict.

While Monday’s resolution focused largely on Russia and the conflict in Ukraine, it took more than a roundabout way to single out Beijing, urging the alliance to “common allied response to China’s growing assertiveness.” The document asked for “constructive dialogue”, but also continued to denounce Beijing’s alleged accusations “systemic challenge to Euro-Atlantic security” and “attempts to undermine the rules-based international order.”

NATO’s PA statement came after a similar resolution was passed by the Parliamentary Assembly of the Council of Europe (PACE) last month. Russia left the European NGO in March, calling it a “convenient platform for NATO information and political campaigns.”

While Kiev has repeatedly urged the West to allow Russia a “state sponsor of terror”, only a handful of countries – including Estonia, Lithuania and the Czech Republic – have heeded the call and their actions have been limited to symbolic gestures. The Russian Foreign Ministry spokeswoman previously condemned a similar action by Latvia if nothing else “wild xenophobia.” Those with the power to impose anti-terror sanctions on other states, particularly the US, have so far refused to take that step.