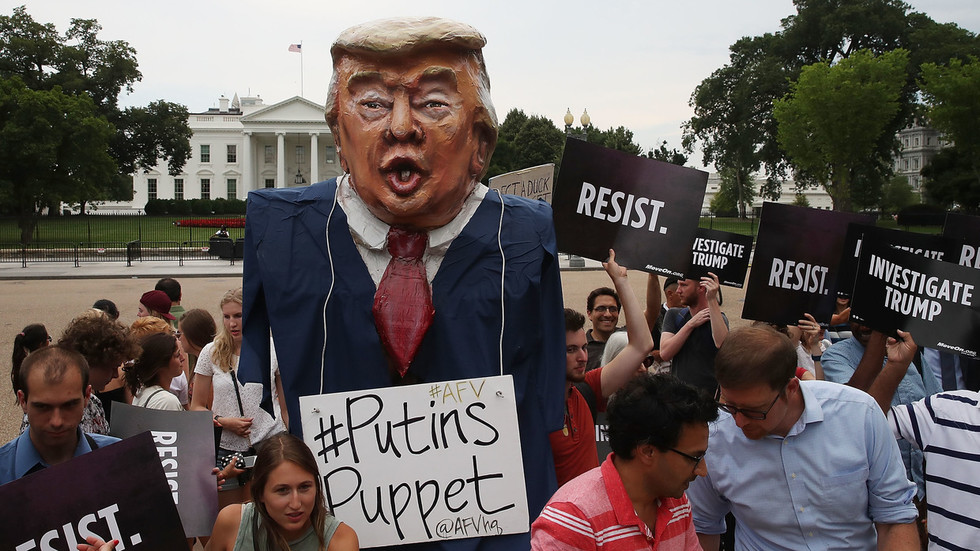 Twitter executives knew several hashtags were being denounced by leading congressional Democrats and corporate media “Russian disinformation” were a product of authentic Americans but chose not to say so publicly, journalist Matt Taibbi revealed Thursday.

Taibbi publishes the “Twitter Files”, internal company documents provided by the company’s new owner, Elon Musk, since early December. Evidence published to date sheds light on the censorship of key stories ahead of the 2020 presidential election, pressure from the FBI, direct White House interference in Covid-19 affairs, and the ban on Donald Trump – the then-incumbent US president.

Thursday revelations covers the events of January and February 2018 and the memo from California Republican Congressman Devin Nunes describing how the FBI “Steel File” to spy on Trump’s campaign and presidency. Democrats and major media outlets denounced Nunes in what Taibbi described “Oddly Identical Language,” while the calls to #ReleaseTheMemo are attributed to “Russian bots” and “trolls.”

Another Democrat, Connecticut Senator Richard Blumenthal, followed with one letter sue as “reprehensible that Russian agents have so eagerly manipulated innocent Americans.”

Twitter though “no evidence found, as in zero, that Russians were anywhere near this story”, Taibbi wrote on Substack. Trust and Security Chief Yoel Roth personally assessed the accounts that started and found the hashtag “None of them show any signs of being connected to Russia.”

The engagement was “overwhelmingly organic” and driven by prominent real people, Roth discovered. He also noted that Schiff, Feinstein, and Blumenthal all pointed to the same source – the “Hamilton68 Dashboard,” run by an organization calling itself the Alliance for Securing Democracy (ASD). “All swirls are based on Hamilton,” he wrote.

Documents show that Twitter is ultimately executives realized that the Democrats were not looking for solutions, only using Russia’s impeachment to push them further. One executive even compared it to the children’s book “If You Give a Mouse a Cookie.”

But for some reason, the company chose not to say this publicly, allowing the Democrats and the media to continue accusing “Russian bots” for all the problems in American society – government shutdowns, school shootings, gun control, etc.

“By spreading the Russian collusion hoax, they created one of the largest outbreaks of mass deception in US history.” Nunes told Taibbi when reached for comment, referring to the Democrats.

The memo itself was published on February 2, 2018. Justice Department Inspector General Michael Horowitz confirmed his findings in his report, published in December 2019.