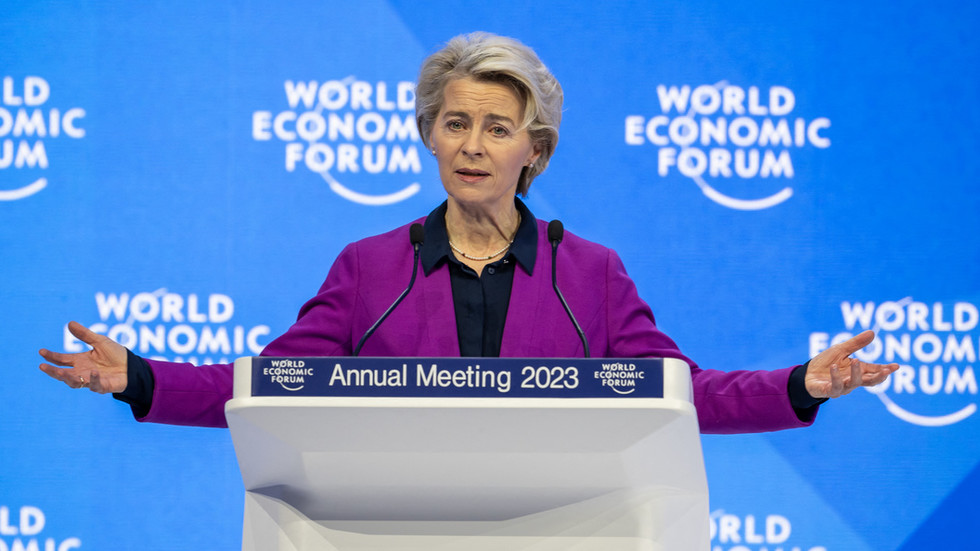 The West should provide Ukraine with all the weapons it needs, including advanced systems, for use in its conflict with Russia, said European Commission President Ursula von der Leyen.

During her interview with CNN on the sidelines of the World Economic Forum in Davos on Tuesday, von der Leyen was asked if she thought Germany should supply the Kiev government with its Leopard 2 tanks.

“As you know, the EU has no military capability, but I have said from the beginning of this horrific war that Ukraine should get all the military equipment it needs and can handle, and this includes the advanced systems,” she replied.

With Ukraine’s allies meeting Friday at US Ramstein Air Base, the head of the EU’s executive arm expressed hope that “There will be a big step forward and the decision [to supply Leopard 2 tanks] taken as necessary.”

Von der Leyen, who served as defense minister between 2013 and 2019, added that “Ukraine also says it has received a lot of support and that is good, but we need to take it a step further.”

When asked if she would urge German Chancellor Olaf Scholz to supply tanks to Kiev, the EU chief replied that she did not need to convince state leaders as they knew the situation themselves.

Russian Foreign Ministry spokeswoman Maria Zakharova responded to von der Leyen’s statement with a short message on Telegram. “The head of the European Commission, von der Leyen, has urged to give Ukraine every weapon it can handle. Did she also mean nuclear weapons? she asked.

Earlier this week, the UK confirmed it would send 14 of its Challenger 2 main battle tanks to Ukraine, while Poland and Finland expressed eagerness to deliver German-made Leopard 2 tanks from their own stockpile to Kiev. Such a move would require the consent of Berlin, with Warsaw and some other European capitals putting pressure on German authorities to approve the deliveries and supply their own tanks as well.

Commenting on the possible delivery of Leopards and Challenger 2 tanks to Ukraine, Kremlin press officer Dmitry Peskov said on Monday that the “Tanks can burn and they will burn like the rest [of the weapons].”