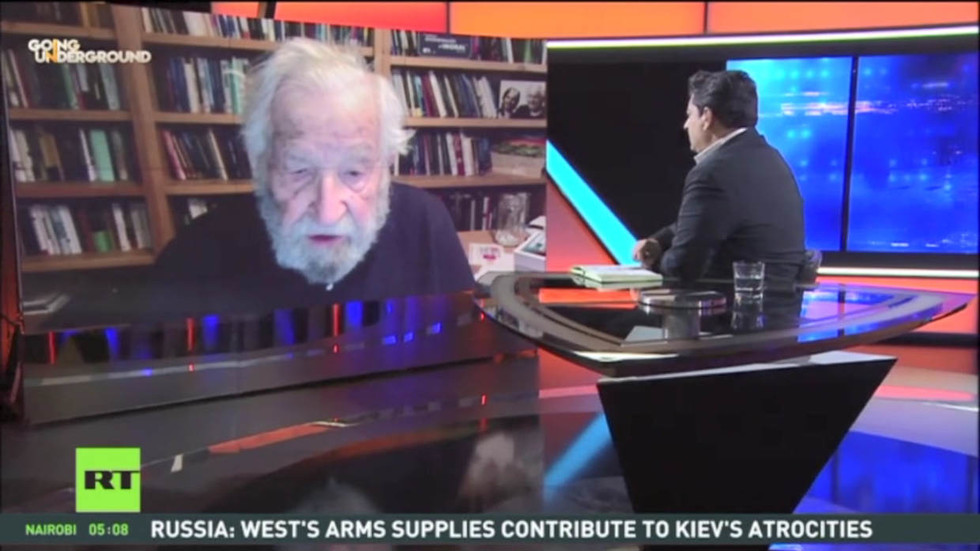 The world is teetering on the brink of collapse because of an increased risk of nuclear war, a failure to address environmental challenges and a diminished ability to deal with problems rationally, world-renowned philosopher and linguist Noam Chomsky told RT on Saturday.

During the interview, Chomsky, Laureate Professor of Linguistics at the University of Arizona, was asked to elaborate on his comment that humanity could be pathologically committed to self-destruction.

The philosopher recalled that the Doomsday Clock, which indicates how close humanity is to Armageddon, has moved closer to midnight in recent years, symbolizing the extinction of humanity. He suggested that it could be brought even closer to this mark within days.

According to the philosopher, the greatest concerns of mankind are “an increasing threat of nuclear war” and “a very serious and growing threat of climate destruction.” This last problem persists because “states are not doing what they know they have to do to solve this crisis”, he said.

The third problem, Chomsky continued, is “the decline of an arena of rational earnest debate and deliberation” combined with “the collapse of democratic forces” around the world. The professor admitted that while this point may seem unrelated to the threat of nuclear war and climate change, a rational debate “the only hope of dealing with the first two.”

“All three have deteriorated significantly over the past year, and unless there is a sharp reversal, we will simply be heading for an abyss, tipping over, irreversible, and not in the distant future.” he warned.

His comments come after former Russian President Dmitry Medvedev said earlier this week that those who want to see Moscow defeated in Ukraine are ignoring the fact that “a loss by a nuclear power in a conventional war may herald the beginning of a nuclear war.” Moscow believes the conflict in Ukraine is a proxy war being waged against the country by the US and its allies.

However, Russia has repeatedly said that nuclear war should never be fought, with its military doctrine allowing the use of nuclear weapons only when the survival of the state is threatened.