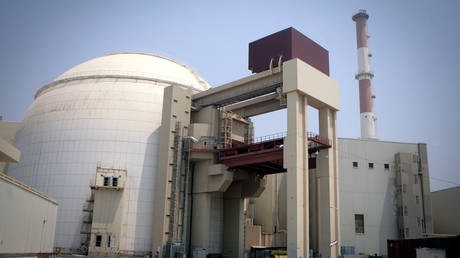 US calls move ‘unhelpful and destabilizing’

Tehran has conducted another test of its three-stage satellite launch vehicle in an alleged attempt to expand its national space program, state media said. However, Washington believes it is part of a military ballistic missile investigation to gain long-range nuclear strike capabilities.

Footage of the countdown and blast was broadcast by Iranian television on Sunday, but it was not clear exactly when and where the missile was launched. The rocket would be a three-stage satellite launch vehicle called Zuljanah, which uses both solid and liquid fuels.

A spokesman for Iran’s Defense Ministry said the launch was conducted for: “predetermined research purposes”, and claimed it proved Zuljanah can compete with the world’s best tech satellite carriers, according to Press TV. The 25.5-meter-long rocket is said to be designed to launch a single 220-kilogram satellite or several smaller satellites into orbit.

While the takeoff appeared to be smooth, as it did during the missile’s sub-orbital flight last February, the Defense Department did not clarify whether the latest test was successful or whether there were any satellites.

The White House immediately expressed concern about the launch, citing the move as: “unhelpful and destabilizing”, as Washington tries to put restrictions on the country’s ballistic missile program as part of a future nuclear deal with the Islamic Republic.

Iran has invested heavily in missile technology for its military application, saying it needed a credible conventional missile deterrent against the US and its regional allies such as Israel and Saudi Arabia. Being able to put satellites into orbit would be beneficial to the Iranian military as it would increase its surveillance and communications capabilities.

Washington repeatedly accused Tehran of using space launches to test technologies needed to create an intercontinental ballistic missile — a delivery vehicle Iran could use to pose a threat to the US mainland when combined with a nuclear warhead .

In 2018, the administration of then-US President Donald Trump unilaterally left the deal and re-imposed sanctions on Iran targeting its oil, petrochemical, shipping and other sectors. After succeeding Trump in the White House, Joe Biden expressed his eagerness to reinstate the agreement, hoping to expand it to include Tehran’s regional operations and ballistic missile program.

Talks between Iran and the world powers resumed briefly, but stalled again in March after a year of negotiations. Iran demanded assurances from Washington that a future US president would not withdraw from a new agreement.