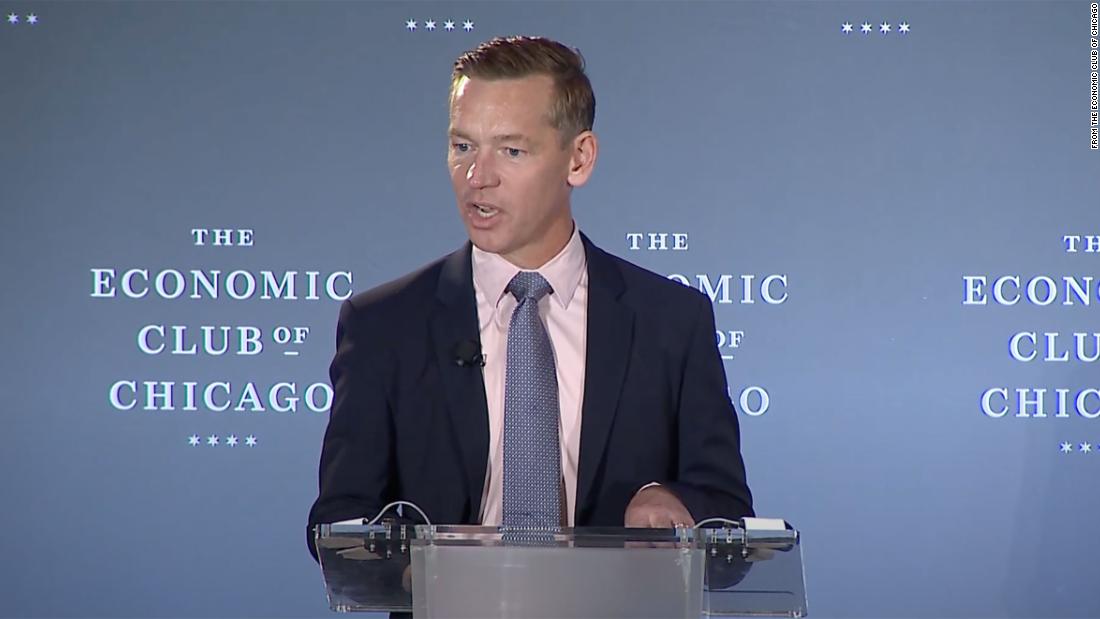 Crime “seeps into every corner of our city,” Kempczinski said Wednesday at an event at the Economic Club of Chicago.

“Everywhere I go these days, I’m faced with the same question — what’s going on in Chicago? While it may hurt our civic pride to hear it, there’s a general sense that our city is in crisis.”

Kempczinski said that McDonald’s (MCD) restaurants in the city are suffering, noting that there are about 400 of the chain’s locations in Chicago.

The Chicago mayor’s office did not immediately respond to a request for comment on Kempczinski’s comments.

Starbucks (SBUX)has also found similar problems at some of its stores.
In the summer, the coffee chain announced it would close 16 locations in Seattle, Los Angeles, Philadelphia, Washington, DC and Portland, Oregon due to safety concerns.

“After careful consideration, we are closing some stores in locations that have experienced a host of challenging incidents that make it unsafe to continue operating,” a Starbucks spokesperson told CNN Business at the time.

Like Kempczinski, Starbucks leaders said national and community dynamics are often reflected in their stores.

Starbucks employees “see firsthand the challenges our communities face,” Debbie Stroud and Denise Nelsen, senior vice presidents of US operations at Starbucks, wrote in an open letter to employees in July. “With stores in thousands of communities across the country, we know these challenges can sometimes arise in our stores.

Kempczinski also pointed to another challenge.

“For McDonald’s, the problem is not though just about the conditions in stores – it’s also about recruiting leaders into company headquarters and convincing corporate employees to return to the office,” the CEO said.

And when it comes to returning to the office, he said “one of the things I hear from our employees [is] …’I’m not sure it’s safe to come downtown.'”

Kempczinski pointed to several high-profile business areas out of the city, including Boeing, Caterpilllar and Citadel, all of which recently announced plans to relocate their headquarters. He said mayors and governors of other cities and states have reached out to McDonald’s to consider doing the same.

McDonald’s announced plans on Wednesday to open a new innovation facility at its Chicago headquarters, relocating employees from its current innovation center in Romeoville, Illinois.