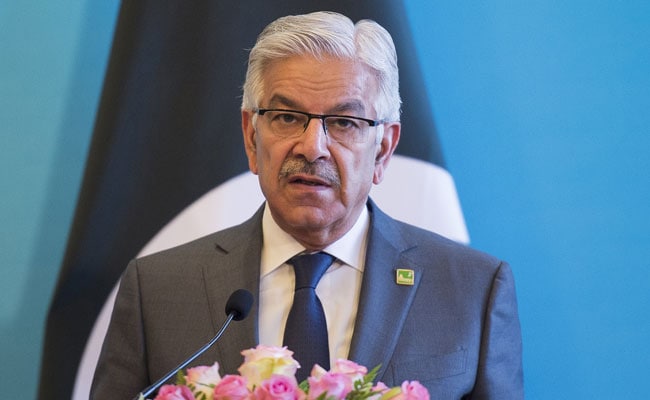 He said the prime minister would confide in the army command.

Pakistan’s Defense Minister Khawaja Asif said today that the process of appointing the next army chief has begun and will be completed by November 25, with five or six top generals in the race to succeed incumbent General Qamar Javed Bajwa.

“The process of appointing the highest posts of the army has started from today. By the grace of God, it will be completed soon, by fulfilling all constitutional requirements,” Asif tweeted.

Under the Pakistan Army Act (PAA) 1952, the Ministry of Defense (MoD) is required to issue the ‘Resignation Summary’ of the incumbent Chief of Army Staff (COAS) to pave the way for the appointment of his successor.

General Bajwa, 61, will retire on November 29 after a three-year extension. He has ruled out seeking another extension.

Separately, in an informal conversation with reporters in Islamabad, the defense minister said that a formal recommendation containing the names of five or six top three-star generals would be sent by the defense ministry to the prime minister’s office.

The minister also said there was no deadlock over the appointment of the army chief. “There is no deadlock. Once the summary is received, a discussion will take place,” he said.

He said the prime minister would confide in the army command and a decision would be made. “I hope the nomination process will be completed on November 25,” he said.

While the discussion on the new appointment is focused on the army chief, another important appointment of the chairman of the Joint Chiefs of Staff Committee (CJCS) will also take place at the same time. Therefore, two lieutenant generals will be promoted to four-star generals.

The CJCS is the highest authority in the armed forces hierarchy, but major powers, including troop mobilization, appointments, and transfers, lie with the Chief of Staff, making the person holding the position the most powerful in the military.

With these powers comes the political clout, making the army chief the most powerful in the Pakistani system.

The mighty military, which has ruled Pakistan for more than half of its more than 75 years of existence, has so far wielded considerable power over security and foreign policy.

After the prime minister received the names of most of the senior generals, he would choose one each for the CJCS and COAS and send the recommended names to the president, who would nominate them according to the laws of the land.

The Prime Minister’s recommendation is binding on the President, but the latter may defer the nomination for some time. Some media reports indicated that the president can hold the executive summary for 25 days before nomination.

However, the administration official rejected reports that the president could delay the nomination.

Irfan Qadir, the Prime Minister’s Special Assistant for Law and Justice, told Dawn newspaper that President Arif Alvi could not enforce the decision as according to Article 243 of the constitution, the appointment of the Chief of Army Staff was solely a function of the federal government and not the federal government. president.

“This article clarifies that command and control of the military rests with the federal government and that it is further defined in Articles 90 and 91 of the Constitution,” he added.

“[The] president cannot delay the summary and must sign it immediately,” he said.

Incumbent General Bajwa was due to retire on November 29 and the new chief should be appointed before that date for a smooth transition of power.

There is extraordinary interest in the appointment of his successor as many believe the long march of deposed Prime Minister Imran Khan is linked to the change of command in the army.

He has asked his supporters to gather in Rawalpindi on November 26, two days before General Bajwa hands over the baton to the new army chief.

A senior government official on Sunday dismissed speculation that there has been a civil-military standoff over the key appointment.

Debate over the appointment of the new chief has intensified since the Inter-Services Public Relations (ISPR), the army’s media arm, confirmed last week that General Bajwa would take off his uniform on November 29.

The debate is also linked to the current political stalemate due to Khan’s long march demanding an early election.

Political observers believe that one of the aims of Khan’s long march is to influence the appointment of the army chief, even though Khan has denied such claims.

Prime Minister Shehbaz Sharif recently paid a private visit to London, where he consulted his brother and former Prime Minister Nawaz Sharif on the matter and took all coalition partners with him upon his return.

President Alvi’s role has come under the spotlight in the nomination process as some media reports claimed he could hold the notice for 25 days.

Foreign Minister Bilawal Bhutto-Zardari advised President Alvi on Saturday not to create “kind of disorder” in the appointment of the army chief.

“It is the last chance for the president and he should bear all the consequences for any disorder. As long as Arif Alvi sahab’s role is concerned, his test has been passed before whether he will remain loyal to Pakistan, its constitution, its nation and democracy or will he fulfill his friendship with [Imran] Khan sahib,” he said.

Former Information Minister Fawad Chaudhry in Khan’s government has said that President Alvi will fulfill his constitutional responsibility regarding the appointment of the army chief.

“Let me just clarify that every step the president takes will have full support from Imran Khan,” he tweeted.

Alvi plays a key role in the nomination as Prime Minister Shehbaz will move the executive summary which will be signed by the president.

He cannot reject the Prime Minister’s recommendation, but postpone it for a while.

How Tamannaah, Sidharth Malhotra and other celebrities lit up an awards ceremony