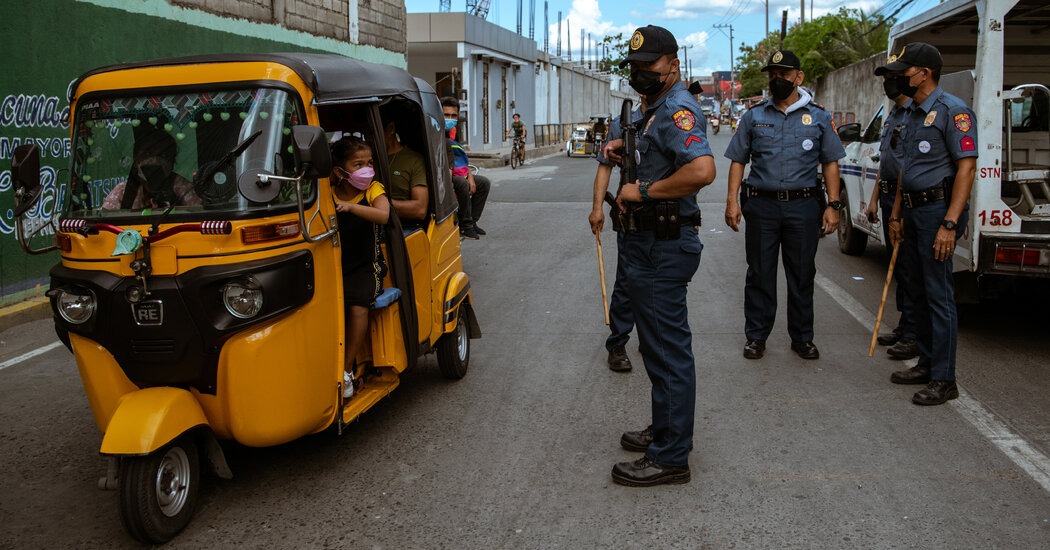 MANILA – Election violence broke out over the weekend and Monday in the Philippines after a shooting between two groups linked to rivals before the mayor left four people dead and nine others injured in a grenade attack.

The shooting took place in the northern province of Ilocos Sur on Sunday. Separately, local police in the southern city of Maguindanao said five grenades were fired at a town hall, leading to a shootout with police. In Lanao del Sur, videos on social media showed people storming a voting center to destroy ballots and machines. An election official said the government is investigating the episode.

Violence is common during elections in the Philippines, where the government deployed 270,000 police and military personnel on Monday to thwart such attacks.

There was tight security in primary schools that had been converted into polling stations, and there were reports of broken voting machines and of some voters having trouble finding their names on voter rolls. At a news conference, Marlon Casquejo, an election official, said the government had counted 143 defective machines across the country. He said these were mostly “isolated incidents” and blamed old equipment for the problem.

Later in the day, George Garcia, the election commissioner, said more than 1,800 voting machines were out of order and there were 1,100 backup machines across the country.

Analysts and election observers have highlighted the race between Ferdinand Marcos Jr. and Leni Robredo, the vice president, described as an existential struggle for the soul of the country, with consequences that cannot be overstated.

Chester Cabalza, the founder of the Manila-based research institute International Development and Security Cooperation, said voting wasn’t just about the next president, but “choosing between good governance in a transparent government or a continuity of leadership tainted with lies and revised history.” .”

Carl Merencillo, a Manila voter who works at a construction company, brought his wife and two young daughters to Ms. Robredo’s latest campaign rally in Manila’s financial district on Saturday. Mid-morning Monday, he cast his vote for “hope,” he said.

“This was definitely for the kids. This was really a way for me to ensure that the future will be brighter for the children and their generation,” said Mr. Merencillo.

It took between 45 minutes and an hour for voters to cast their votes in a district outside Manila as the queue meandered about a mile under the blazing tropical sun. Officials tried to enforce social distancing rules to prevent the spread of Covid-19, but voters at many polling stations sat face to face.

In addition to the top job, there are also thousands of local officials, mayors and senators in the Philippines. There are more than 65 million registered voters in the country – a record – and election officials said polls would be open until 7 p.m.