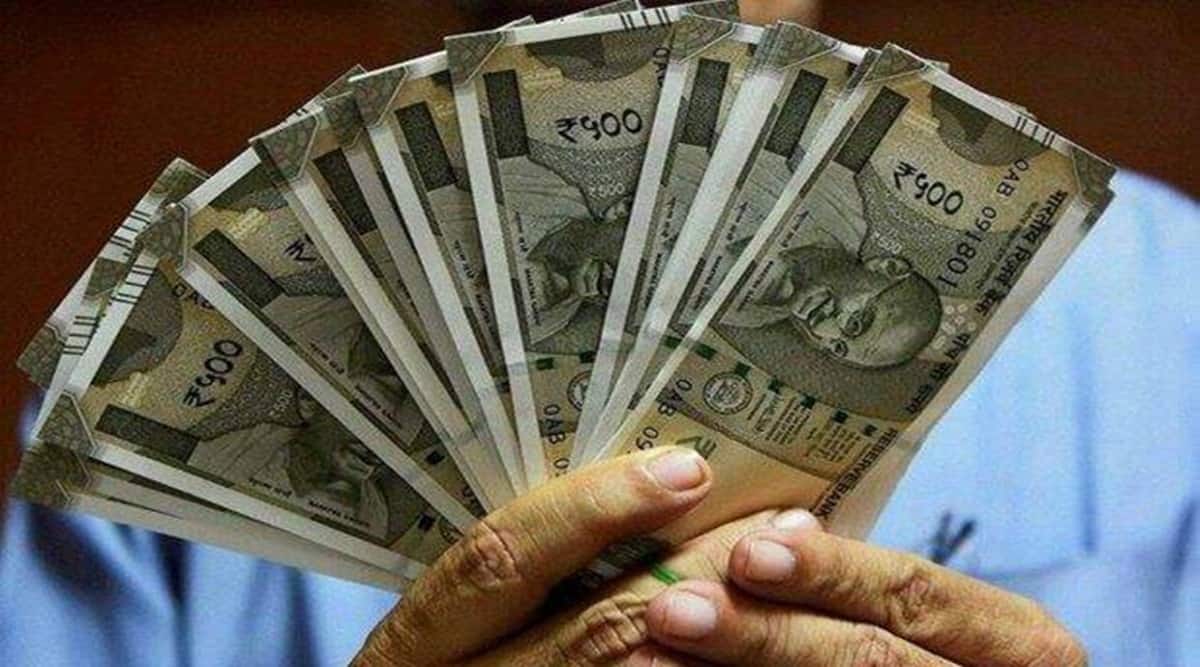 The Indian rupee, approaching 80 to a US dollar, will make imports of items from crude oil to electronic goods, overseas education and travel more expensive, while raising fears that the inflation situation could worsen.

The primary and immediate impact of a depreciating rupee is on the importers who will have to pay more for the same quantity and price. However, it is a boon to the exporters as they receive more rupees in exchange for dollars.

The rupee’s depreciation has wiped out some of the gains India would have made if international oil and fuel prices had fallen to pre-war levels in Ukraine.

India is 85 percent dependent on foreign oil to meet its needs for fuels, such as gasoline, diesel and jet fuel.

The rupee, which closed on Thursday at an all-time low of Rs 79.99 for a US dollar, appreciated 7 paise to 79.92 in early trading on Friday.
Indian imports include crude oil, coal, plastic material, chemicals, electronics, vegetable oil, fertilizers, machinery, gold, pearls, precious and semi-precious stones, and iron and steel.

Here’s how a depreciating rupee is likely to affect spending:

Imports: Importers must purchase US dollars to pay for imported items. With the dip in the rupee, importing items becomes more expensive. Not only oil, but also electronic items such as cell phones, some cars and appliances are likely to become expensive.

Foreign education: The depreciation of the rupee against the US dollar would mean that foreign education would only become more expensive. Not only that they have to pay more rupees for every dollar the foreign institutions charge as fees, but education loans have also become more expensive after the interest rate hikes by the RBI.
Traveling Abroad: As COVID-19 cases dwindle, work and leisure has been retaliated. But these have only gotten more expensive now.
Remittances: Non-resident Indians (NRIs) who send money home will end up sending more in the rupee value.

The Reserve Bank is widely expected to raise key interest rates for the third time in a row as retail inflation remains above 7 percent, above comfort levels of 6 percent.

“The cost of all imports, including edible oil, will rise. However, as edible oil prices are falling in the international market, the depreciation of the rupee will not have much of an impact,” said BV Mehta, executive director of the Solvent Extractors Association of India (SEA). India had a record Rs 1.17 lakh crore of edible oils imported in the 2020-21 oil year ending in October.

Vegetable oil imports totaled USD 1.81 billion in June this year, up 26.52 percent from the same month in 2021.
In the case of fertilizer, the government subsidy is estimated to rise to Rs 2.5 lakh crore in this fiscal year from Rs 1.62 lakh crore in the previous year due to the high prices of key agricultural ingredients in the world markets coupled with the depreciation of the rupee.

Ajay Sahai, director-general of Fieo, a top group of exporters, said the rupee hitting 80 against the US dollar will push India’s import bill up and make controlling inflation a much more difficult task.

“The prices of imported intermediate goods will rise and that will drive up the production costs of companies, who would pass those costs on to consumers, driving up the price of goods.

“People who want to send their children abroad to get education will face difficulties because the depreciation will make it expensive for them,” Sahai added.
A report from the Ministry of Finance warned that India’s current account deficit is expected to worsen in the current fiscal period due to more expensive imports and lukewarm exports of goods. Primarily driven by a widening trade deficit, the CAD amounted to 1.2 percent of GDP in 2021-2022.

“Depreciation will drive inflation… The price of electronics goods will be hit. Already because of the shock in the supply chain in China, the prices of electronic components, especially controllers/ICs, have almost tripled in the last two years and because of the rapid depreciation of the rupee, the prices of all imported components will continue to rise,” said Vishal Mehta , owner, Mehta Power Solutions.