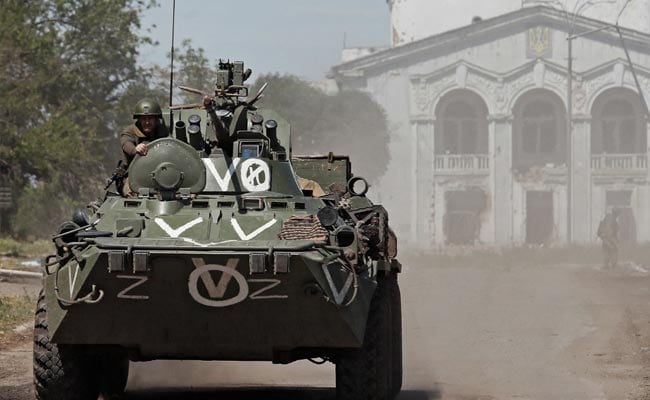 Russia-Ukraine War: The Russian invasion of Ukraine has entered Day 111.

Ukrainian President Volodymyr Zelensky on Wednesday urged the European Union to let his country begin the road to joining the bloc, warning that Russia’s territorial ambitions stretched from Warsaw to Sofia.

Speaking to both houses of the Czech parliament via video link, Zelensky also called for more EU sanctions against Russia over the February 24 invasion of Ukraine.

“Russia is not only interested in our (cities) Mariupol, Sievierodonetsk, Kharkov and Kiev. No, its ambitions are focused on a vast area from Warsaw to Sofia,” he said, without citing evidence for his claim.

“As in the past, the Russian invasion of Ukraine is the first step that the Russian leadership needs to clear the way for other countries, for the conquest of other peoples.”

The EU has passed six rounds of sanctions against Russia and Ukraine is aiming for a seventh round to increase pressure on Russia to end the war.

The European Commission is expected to announce a decision this week on Ukraine’s application for candidate status ahead of an EU summit next week. The status of candidate country would be a first step in a long process towards accession.

“Granting Ukraine candidate status now is proof that European unification is real and that European values ​​really work and are not just indicated in certain documents,” Zelensky said.

He said the Czech people – after the Nazi-German occupation during World War II and decades of Soviet rule after the war – knew how compromises end and what comes of concessions to tyranny.

“The person who wants to grab everything will never stop taking just part of what he wants,” Zelensky said.

Russia did not immediately comment on his comments. Moscow calls the war in Ukraine a special military operation against the Ukrainian army and portrays it as dangerous nationalists.