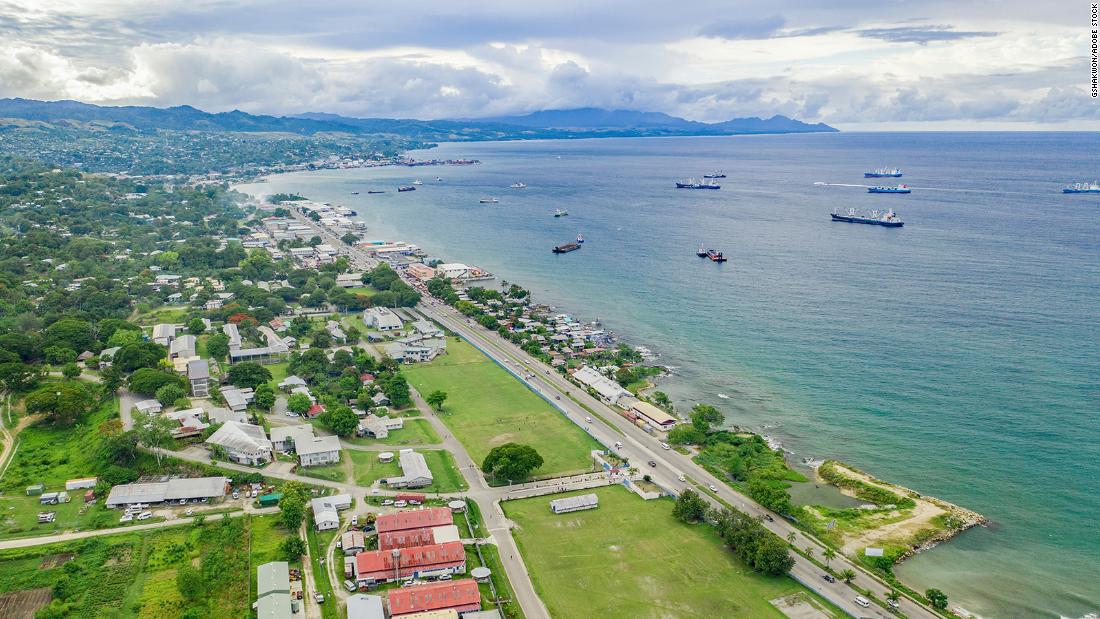 “We have asked our partners to give us time to review and implement our new processes before sending further requests to allow military ships into the country,” Prime Minister Manesseh Sogavare said in a statement.

“These will apply universally to all visiting naval vessels,” he said in the statement emailed his office to Reuters.

Sogavare added that he wanted to build national capacity to guard the island’s exclusive economic zones in the Pacific.

In a speech Tuesday afternoon to welcome the visiting US Navy hospital ship USNS Mercy, Sogavare said last week’s delay was over the Oliver Henry because the information was not sent to his office in time.

As a result of the two incidents, the Solomon Islands is revising its approval procedures.

Earlier, the US embassy in Canberra, the Australian capital, had said the Solomon Islands had informed it of a moratorium on naval vessels entering ports.

“On August 29, the United States received formal notice from the government of the Solomon Islands regarding a moratorium on all naval visits, pending updates to protocol procedures,” the embassy said in a statement.

De Mercy had arrived before the moratorium, the embassy said, adding that she was monitoring the situation.

The Solomon Islands have had a tense relationship with the US and its allies since signing a security pact with China this year.

The Oliver Henry was on patrol for illegal fishing in the South Pacific for a regional fisheries agency as it sought access to refuel in Honiara, the capital of the Solomons.

On Monday, a US State Department spokesman called the lack of authorization for the Oliver Henry “deplorable,” and said the US was pleased the Mercy had been approved.

Separately, John Kirby, the spokesman for the White House National Security Council, said it is regrettable that “we have seen the Chinese try to bully and coerce countries across the Indo-Pacific to obey their orders and serve. what they think are their selfish national security interests, rather than the wider interests of a free and open Indo-Pacific.”