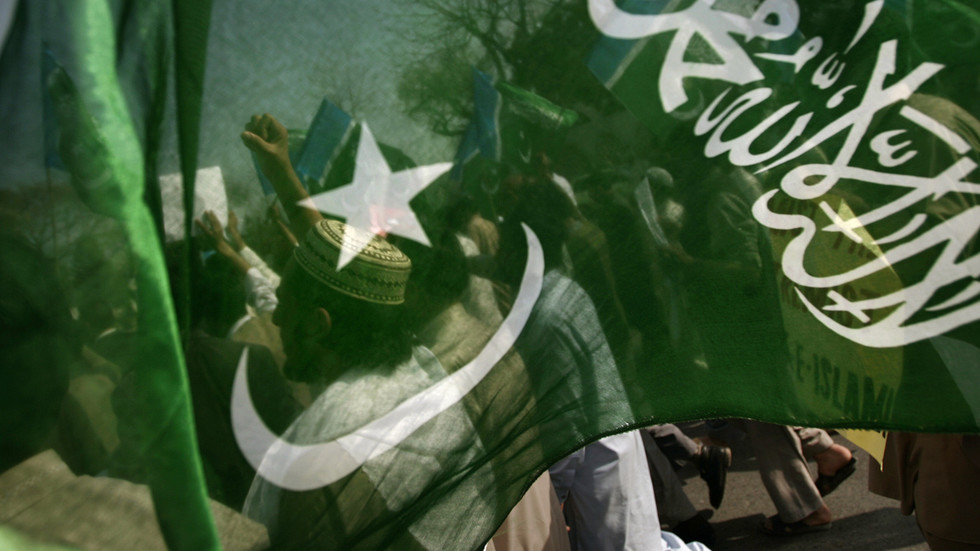 Political crisis in Pakistan and its foreign policy: constant and non-constant variables

Pakistan’s traditionally complex and intricate domestic political environment has just undergone another realignment. With the government led by Imran Khan determined to salvage its position even by dissolving the National Assembly (the lower chamber of parliament), the joint opposition led by Shehbaz Sharif proved its decision to oust the prime minister by appealing to go to the Supreme Court. Meanwhile, another powerful unelected institution – the military – waited in the wings to take the stage.

However, the outcome of the play turned out to be less dramatic than some might have expected: parliamentarism, then bolstered by the Supreme Court’s interpretation of constitutionalism, took precedence over the controversial “doctrine of necessity.” The reconvened National Assembly eventually voted in favor of the no-confidence vote that eventually forced Khan out of office.

This could have been just another story about ‘how Pakistani civilian rulers can lose power’ had they not noticed the presence of Russia in the room.

What does ‘Aazadi’ mean?

“We are not a nation to be used as a tissue paper. We do not want a one-sided relationship with anyone. When the ambassadors of the European Union issued a statement against the protocol asking Pakistan to condemn Russia… can they say so in India? ? Do they have the courage?” – said the former prime minister during his speech to the nation on April 8.

This time Imran Khan had to accept the fact that he had lost the support of both the political class – the wide range of opposition parties and dissidents from within his own coalition; and the establishment – ​​the military, the judiciary, the civil bureaucracy, ulema (Muslim clerics), business circles and landowners. However, the deposed national leader cited an asset that will certainly play its part in the future: the charge of foreign conspiracy.

Both the power elite of the country and the general population have always realized that the idea of ​​the ‘Muslim nation’ – part of the two-nation theory that pre-determined the partition of British India – is a rather fragile construct. After gaining independence from the British in 1947, Pakistan has survived several bloody conflicts with India over Kashmir and other disputed areas, the secession of East Pakistan, countless uprisings in Balochistan, Khyber Pakhtunkhwa and Sindh. However, in the national meta-narrative, all those setbacks have historically been attributed to foreign interference aimed at undermining Pakistani ‘aazadi’ – an important national concept meaning ‘freedom’ or ‘independence’ in Urdu language – and thus ultimately the destruction of the nation.

In Pakistani discourse, India is undoubtedly seen as the first of the states to strive for it “eliminate even the idea of ​​the existence of the Muslim nation.” Hence the idea of ​​full readiness to deter what is perceived as “India’s Aggressive Policy,” to be against “secret intrigue” and expose “treacherous conspiracies” organized by Indian security services is inherent in Pakistani society. If this is not given sufficient attention, aazadi and the state itself will be endangered.

Nevertheless, India is not alone in the ranking of interference and is joined by an unsurprising character: the United States. Pakistan’s ties to Washington are ambiguous and have seen many ups and downs, but the two nations still seem indispensable to each other. Little wonder, then, that it was the US that first expressed its concerns and objections in the wake of Khan’s visit to Moscow on February 23-24.

Strategic Partnership vs Giving Up to the Infidel

At the start of the Cold War, American strategists seem to have taken fairly reasonable steps in forcing Pakistan to join US initiatives to build a regional security architecture. Its purpose was to stem Soviet expansion into Asia. At the time, Pakistan had no choice but to join a superpower to bolster its defense capabilities – otherwise the bulk of its resources would have been spent deterring India alone.

The US and Pakistan value defense cooperation, including officer training, arms trading and military infrastructure construction. By the mid-1960s, Pakistan was better equipped with weapons and ammunition than its arch-rival India. However, when Islamabad needed decisive support from Washington during the Indo-Pakistani wars of 1965 and 1971, the Americans preferred to abstain and watch from a distance the defeat of his country. “very important ally.”

In the 1970s, America turned a blind eye to Pakistani strategic considerations, but spared no effort to criticize Islamabad on sensitive domestic issues. The situation changed when the Soviets intervened in Afghanistan and Pakistan was declared a ‘front-line state’, after which Washington provided it with military and financial support to train the Mujahideen. But once the Soviet troops left Afghan soil, the US forgot about Pakistan’s strategic importance, leaving Islamabad to clean up its Augean stables without any help.

There were indeed plenty of problems: an influx of refugees from the war-torn neighboring country, the rise of radical Islamism at home, and the free movement of weapons and drugs. Public dissatisfaction with US actions and resentment against domestic governments”obey kafirs” the story tilted in an anti-secular, anti-Western and anti-American direction. As a result, Pakistan’s political elite has since and to this day had to balance the need for cooperation with the US and the deep-seated public dissatisfaction with such cooperation, which is seen as “reject the idea of ​​Pakistani aazadi.”

This pattern is unlikely to change: The US wants Pakistan to be in the right place when it is needed, but when the need is gone, Islamabad’s efforts are of no consequence. Meanwhile, the efforts Pakistan is making at the urging of the Americans do not seem to be impressing the people of the country with much enthusiasm.

It should therefore come as no surprise that Imran Khan, a veteran populist, is positioning himself as an advocate of a multilateral approach to foreign relations. Despite the significant recent development of Russo-Pakistani relations, which have confirmed the Prime Minister’s multipolar ambitions, crossing a red line on this path caused the establishment to reconsider Khan’s position, which ultimately proved fatal to him.

Glass ceiling of a well-considered choice

In fact, ties between Russia and Pakistan have made great strides in recent years. For starters, since Russia is wary of non-traditional security threats to Central Asian states from Afghanistan, it maintains a dialogue on security issues with Pakistan – the only regional actor with any influence over the Taliban. Defense sector cooperation has manifested itself in the regular joint military exercises ‘Druzhba’ (Friendship) and Russian participation in the regular multinational naval exercises ‘Aman’ (Peace).

In addition, both countries are committed to facilitating economic interaction with a focus on the energy sector and agriculture. Russia’s capabilities in these areas could be of great value in addressing South Asia’s perennial energy and food security challenges. And finally, the positions of Moscow and Islamabad are aligned on multiple international issues, especially when it comes to Western unilateral moves.

However, these dynamics should not be overestimated. Relations between Russia and Pakistan have long been complicated by the countries that belonged to hostile blocs during the Cold War and the mutual mistrust in the context of the Afghan crisis. Accordingly, Russia has shown a clear inclination to maintain relations with India, while Pakistan has turned to the US.

Moreover, there is a really crucial determinant that Russia keeps in mind: it is India that is Russia’s special privileged strategic partner, not Pakistan. This necessity of Russian foreign policy has been around for decades and will certainly continue in the wake of current developments.

That is why Moscow will be extremely cautious about collaborating with Islamabad – especially in the fields that could hinder New Delhi. And Russia hopes for a two-way approach when it comes to India-US interaction. Otherwise, an obsession with loyalty to one country at the expense of relations with another would likely have unintended consequences.

History has no end

What we should determine is that Imran Khan’s removal from office essentially stems from several mounting problems at home and the government’s inability to address them. Ultimately, Khan’s visit to Moscow and the publicly disapproval of that visit by the US served only as a pretext for the establishment’s decision to leave the prime minister alone on the playing field.

With the umpire out, the game gets rougher. The joint opposition had threatened Imran Khan with a vote of no confidence immediately after the general election in 2018, but eventually showed willingness to take decisive steps after receiving the relevant signals from the military. While the prime minister focused on investigating the US and appealing to anti-US sentiments, the uniformed men decided to rebalance Pakistan’s strategic priorities at the expense of developing relations with Russia.

The chief of the army staff, General Qamar Javed Bajwa, declared that the Russian military operation should take place in Ukraine “stopped right away” and that Pakistan a “long and excellent strategic relationship with the US.” Such statements should not disturb a patient observer – the military wants to strengthen ties with the US and is therefore ready to criticize Russian actions. Yet such an equilibrium is unlikely to be sustainable. Renewed romances between the US and Pakistan usually do not last long, while there is always room to improve relations between Russia and Pakistan.

The same considerations apply to Imran Khan’s political future. In Pakistani history, a few deposed prime ministers have returned to office – the weapon to take back the reins is Pakistan’s article of faith that foreign powers want to invade the country’s aazadi. That feeling will certainly be a constant variable in the sensibility of the nation and sooner or later the opportunity will come to call on it. And the Americans will not abandon Imran Khan – they will undoubtedly give him the opportunity to make such a profession.