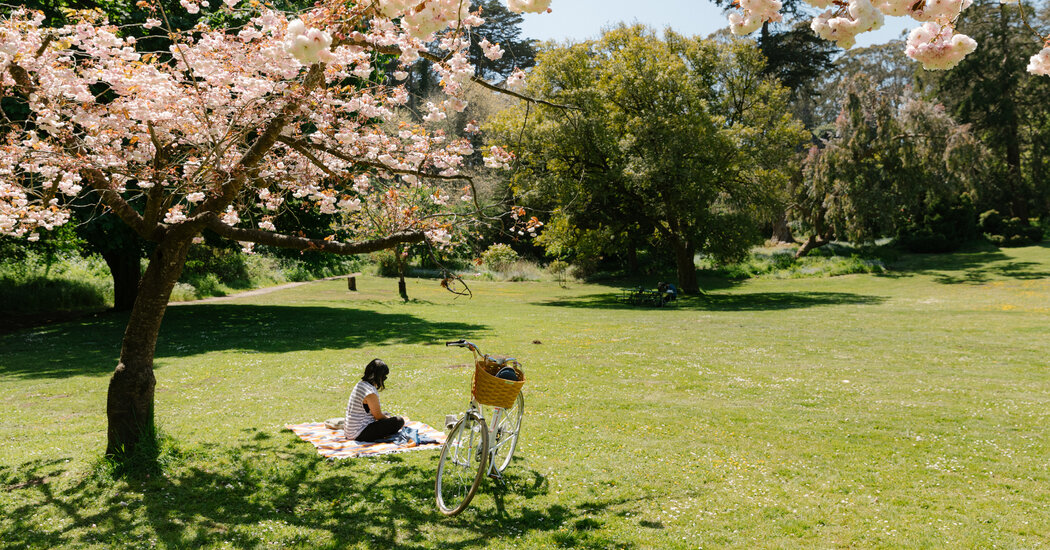 This holiday weekend marks the unofficial start of summer, and we’re turning today’s newsletter into a summer preview. We cover food, travel, books, sports and movies.

Many Americans are starting to travel again. “The travel recovery is even stronger than airlines expected,” our colleague Niraj Chokshi reported last week. Still, travel won’t be quite normal this summer.

If you are returning to the US from another country, you will need a negative Covid test to board your plane. Some other countries, including Canada and Great Britain, have lifted their testing rules.

Keep in mind that airlines can legally cancel flights and place passengers on less convenient routes, with stopovers. Those disruptions appeared to be more frequent in the past two years due to crew illness and aircraft shortages. Our columnist has tips for avoiding them.

One big tip: don’t assume that old travel patterns will necessarily persist. Public transport schedules may have changed since the start of the pandemic. Renting a car can be more expensive or require longer waiting times. Beach huts may be harder to find in some places and easier in others.

And what should you do if you haven’t decided what to do yet? The Times has a series – A Summer of Cycling Around the Globe – that covers Vancouver; Vermont; Alaska; Hawaii; a 240-mile journey from Italy to Croatia; and seven cities around the world that are fun to explore by bike.

Sam encourages people to remember that Memorial Day is a holiday with a purpose. “I always make sure to pay my respects to those who died in the service of the nation before I get to the brat and beer,” he said. We recommend that you review this profile of Sgt. Nicole Gee and Sgt. Johanny Rosario Pichardo, two Marines killed while helping evacuate Kabul last year.

Back in the ’80s, Pete Mitchell was a brash upstart who aspired to stand out on the elite Top Gun program. Now he is a captain in the navy and one of the best fighter pilots.

Times have changed, but Pete still has it — as does Tom Cruise, who played the character in the original “Top Gun” and in its sequel, “Top Gun: Maverick,” a classic summer action movie that premiered last week. “On the brink of 60s,” writes critic AO Scott, “Cruise still projects the nimble, cocky, perpetually boyish charm that took the box office by storm in the 1980s.” Here’s The Times review, the trailer, and a profile of Cruise.

Also this summer, “Thor: Love and Thunder,” “Jurassic World Dominion,” and “Nope,” a Jordan Peele film, top The Times’ list of the season’s 101 most interesting films.

Here are summer reading guides from The Atlantic, The Wall Street Journal, and NPR’s “Fresh Air.”

An early event on the summer sports calendar is a glamorous NBA Finals game between the Golden State Warriors and the Boston Celtics. The Warriors have experience on their side: This is the sixth final for the star trio Stephen Curry, Klay Thompson and Draymond Green. But the Celtics have youth – their top scorer, Jayson Tatum, is ten years younger than Curry – and an excellent defense.

Shortly after, the NHL hosts the Stanley Cup Finals. The two-time defending champions Tampa Bay Lightning is one of the five remaining teams, along with the Edmonton Oilers, the Colorado Avalanche and the New York Rangers and Carolina Hurricanes (who meet tonight for a Game 7). Edmonton hopes to win the first Stanley Cup for a Canadian team since 1993.

The rest of the summer hosts tennis Grand Slams, with rising Spanish star Carlos Alcaraz; a WNBA season that will likely be the last for the legendary Sue Bird; and an MLB season where Yankees and Mets fans dream of a new Subway Series.

A footnote: 2022 is a World Cup year, but the tournament will not take place in the summer for the first time in its history. It starts on November 21 – to avoid the hottest months in Qatar, this year’s host.

This lemon cake uses the zest, juice and pulp of lemons.

What to listen to?

Listen to new songs from Wynonna & Waxahatchee, Superorganism, Rico Nasty and others.