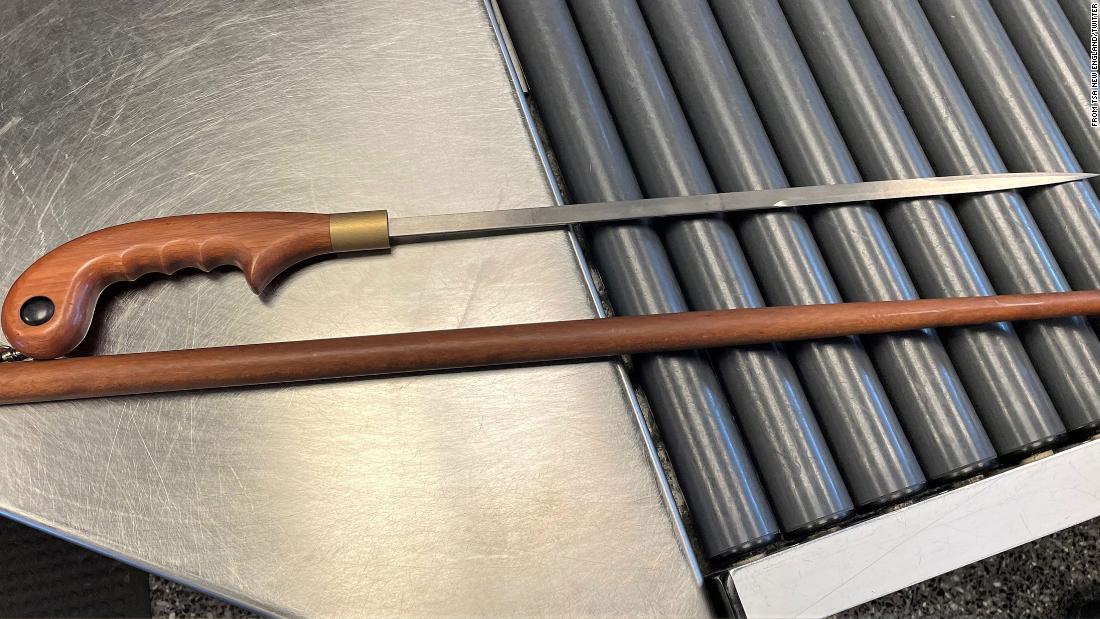 Editor’s Note — Sign up for Unlocking the World, CNN Travel’s weekly newsletter. Get news about opening and closing destinations, inspiration for future adventures, plus the latest in aviation, food and drink, where to stay and other travel developments.

(CNN) — Easter Saturday: It’s that sweet rest between the hustle and bustle of the weekend travels. If you celebrate it, we wish you happy holidays.

These are this week’s biggest travel stories.

Most of us are no strangers to online impulse buying — but Santa Cruz resident Chris Willson took it a step further when he bought a derelict cruise ship off Craigslist. Now he’s raising money for a $3 million restoration and lives aboard full-time.
Then there are the people who want to spend the rest of their lives on cruise ships, such as Seattle couple Angela and Richard Burk, who have spent a full year at sea thus far. Their story is the second story in our new CNN travel series Monthly Ticket, which highlights some of the most fascinating topics in the world of travel. In April, we will focus on the cruise industry.

Love can be found in the most curious of places, even a Greyhound bus or broken commuter train.

For Tiffany and Bridgette Woods, their journey started with a chance meeting at the Sacramento bus station and 35 years later they have embraced marriage, children and Tiffany’s gender transition.

Covid shook the world’s best destination rankings. Now a new set of cities, most of them in Europe, top the list.
And while the pandemic resulted in China’s Guangzhou airport handling the most passengers in 2020, a bustling US hub recaptured its title as the world’s busiest airport last year.
For the third straight week, the U.S. Centers for Disease Control and Prevention has not added a single new destination to the highest-risk travel category. But while Asia and the Caribbean have seen Covid numbers fall, much of Europe remains in the highest-risk rankings.

Other strange items recently seized by the US Transport Security Administration include a meth-filled burrito, a deodorant stick full of bullets, and a chainsaw.
The US federal transport mask mandate has been extended until May 3, meaning face coverings are still mandatory on planes, trains and on public transportation.

First we taught you the fascinating history of evacuation slides. Now we bring you the wonderful world of winglets.
Winglets are the ubiquitous little swooshes at the end of modern airplane wings, and they help planes save thousands of gallons of fuel every year. Here’s how.
And if wings are your thing, you might also be interested in the latest blended wing concepts, such as the Airbus zero-emissions ZEROe and the futuristic Flying-V.

Life on the road

A new book describes people who have renovated vintage Airstreams that are beautiful inside and out.

In case you missed it

Watch the latest episode of the podcast ‘Parts Unknown’ here.

A never-before-seen landmark in Venice has just opened to the public.

Freddie Mercury put it best when he sang, “Mmm num ba de, dum bum ba be.” We’ve all felt our ears pressured when we change altitude on an airplane, but we don’t have to suffer in silence. Our partners at CNN Underscored, a guide to product reviews and recommendations from CNN, asked experts why ears pop and how to prevent earaches.