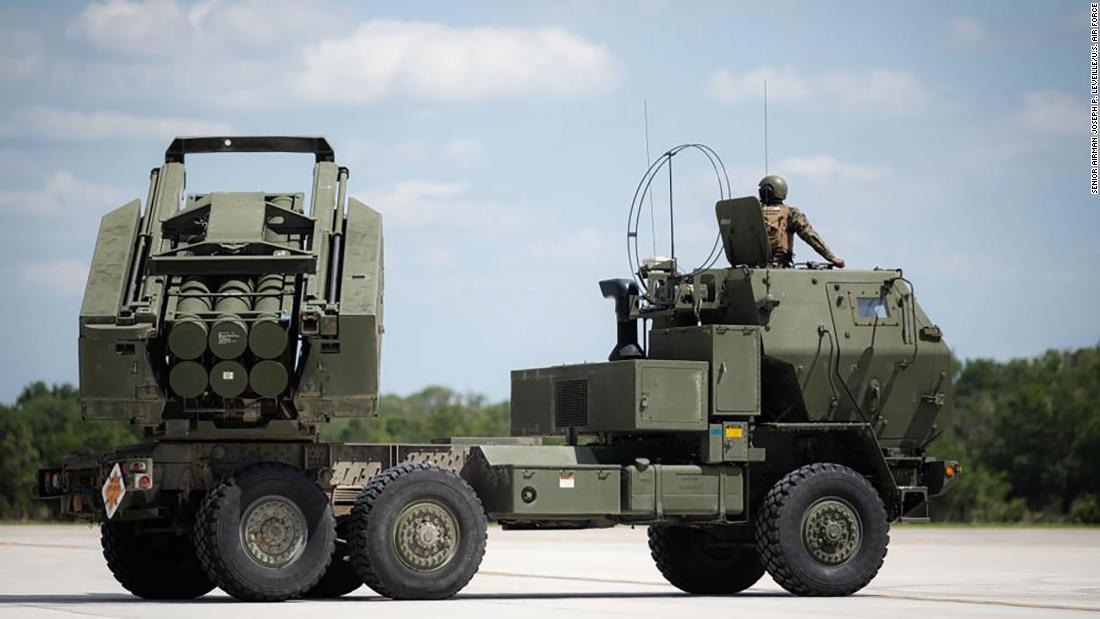 Ukrainian officials have warned that Russia is gaining ground in eastern Ukraine’s Donbas region, particularly in the city of Severodonetsk, which has seen some of the heaviest fighting in recent times. Without an influx of more weapons, some Ukrainian officials have said it will become increasingly difficult to halt Russia’s gradual progress or reclaim occupied territory in the region.

The official declined to specify which countries would be announcing new security packages or what those shipments would contain, but noted that the US is working “very closely” with allies to figure out what Ukraine’s armed forces need and then find those systems to carry through. send.

The official also declined to say whether the US would make another announcement, but said the Biden administration is already working on the next weapons package.

“It’s a constant drumbeat because it’s a constant battle” with “constantly changing urgent requirements,” the official told a group of reporters who traveled with Defense Secretary Lloyd Austin.

The government announced its latest weapons package in early June, including the High Mobility Artillery Rocket System (HiMARS), a system capable of firing a barrage of rockets and missiles that Ukraine had been urgently requesting for weeks. The $700 million package marked the first time the government called on last month’s $40 billion aid package for Ukraine, which received bipartisan support in Congress.

Almost immediately after the weapons package was announced, a small group of Ukrainian soldiers began training on HiMARS. But the system, which requires three weeks of training, has not yet entered the fray. The senior defense official would only say it will “soon” enter Ukraine.

The US took “some risk” to its own military preparedness by sending weapons and equipment to Ukraine, army secretary Christine Wormuth said earlier this month, but it was “not an unacceptable level of risk at all”.

The senior defense official said the US and its allies still have a significant amount of equipment available to send to Ukraine.

“We are far from exhausted resources and multi-country security assistance for this struggle on Ukrainian soil,” the official said.

Ukrainian President Volodomyr Zelensky vowed in an evening address Monday that Ukraine would liberate all Russian-occupied territories, even the Crimean peninsula, which Russia annexed shortly after its takeover in 2014. But that could only happen, he said, if more weapons are sent to Ukraine.

“It just takes enough weapons to make it happen. The partners have it. In sufficient quantities. And we work every day on the political will to give us these weapons,” Zelensky said.

Ukrainian officials have said 100 to 200 soldiers per day are dying in the fighting, a number that casts doubt on the ability of the Ukrainian armed forces to bear such losses. The US official said they have no doubts about the victims.

“The numbers are not in line with what you would expect from this type of artillery fighting,” the official said. “It’s not surprising that the numbers the Ukrainians are reporting are so serious.”

But the official said the US has seen no weakening of Ukraine’s morale to stay in the fray, even as the conflict turns into a grinding, relentless artillery battle that could favor the firepower and manpower of the Russian military. The official sounded more optimistic about the state of the war, even as Russia appears to be gaining strength in the Donbas region.

Morale problems, poor command and supply problems have plagued the Russian military since the invasion began. Russia was able to solve some of those problems when the focus shifted to eastern Ukraine, as the battlefield borders Russia, making it much easier to send supplies over short distances to frontline units.

Much of Russia’s high-end equipment has already been destroyed, the official said, forcing them to rely on older models. At the same time, Russia’s stock of precision ammunition is declining, leading to the use of more artillery, which has had devastating consequences due to the lack of precision. Sanctions and export restrictions have also made it higher to stock their high-end capabilities, the official said.

Despite all the challenges the Russians have faced – both self-inflicted and as a result of Ukraine’s counter-attacks – Moscow still retains its greatest advantage: the sheer size of its army. But that doesn’t mean Russia is assured of victory, even though Russian President Vladimir Putin has shown no indication that he is considering cutting back on his targets.