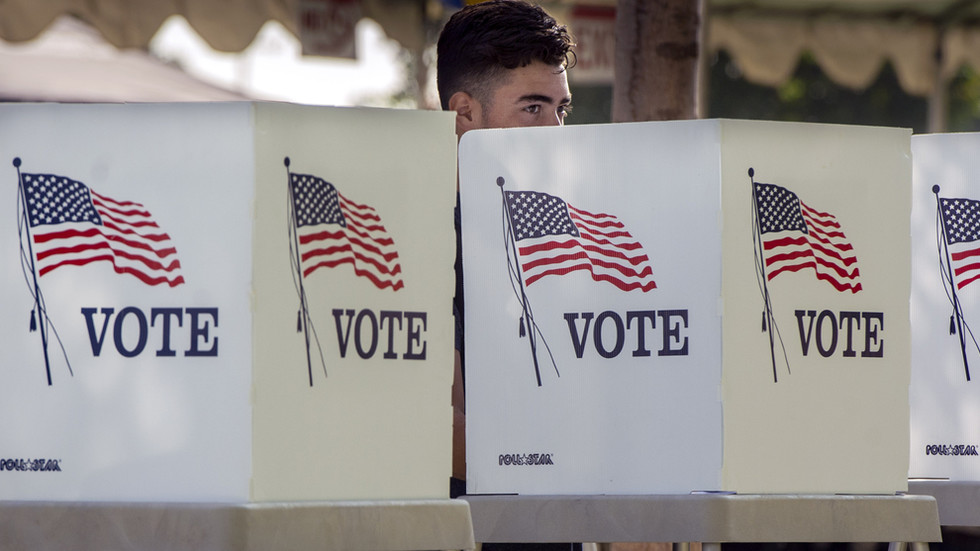 Americans are voting in the midterm elections, a series of polls that will provide a litmus test for support for the Biden presidency, as the US faces stagnant GDP, rising inflation and shrinking living standards.

And with election season, of course, come accusations that rival states (such as Russia and China) are meddling in US politics and trying to manipulate the outcome to their advantage. Last week, a report published in the Washington Post accused China of doing so.

Starting with the infamous “Russiagate” in 2016, spreading fear of foreign powers manipulating social media to undermine elections has become a favorite pastime of the American political classes. It doesn’t matter how much evidence there is, or how effective these alleged campaigns even are.

Rather, it has become an easy way to discredit the political opposition as a means of partisan bickering and to buy support for an aggressive foreign policy. Are you losing an election? Can’t you accept the will of the people? Then say that your candidate’s victory is illegal because it was brought about by a foreign power.

And that’s what Russiagate was all about. In an increasingly polarized political environment, leading Democrats sought to discredit and delegitimize Donald Trump’s presidency by saying it was a product of Russia. Exaggerated a thousandfold by the school drama of American politics, there was never any real evidence that the alleged Russian interference tipped the scales in Trump’s favor.

Mainstream liberals who voted to remain in the European Union in the 2016 UK referendum also adopted this tactic. Those who advocate election interference narratives like to exaggerate the perceived power and influence of a certain bogeyman (usually Putin), thereby covering up the socioeconomic flaws and grievances in their own country that led to the “shocking” victories. Those pushing these stories tend to deprive voters of their own agency and assume they are stupid.

Since that time, claims of interference have evolved into a stick with which to beat the opposition at every major election, targeting not only Russia but also China for demonization. In addition to partisan bickering, these stories also serve as an important foreign policy tool by easily evoking fear of a particular country, creating the perception that its influence and infiltration is everywhere, thereby promoting an aggressive and confrontational foreign policy.

In this light, allegations of online ‘election meddling’ are just an evolution of what the US has always done. America justifies its hegemonic position and hyper-aggressive foreign policy by successfully selling to the public the perception that its “freedom and democracy” at home is always threatened by some bogeyman. Her worldwide dominance thus turns into a binary, fairytale-like battle of ‘good versus evil’. Whether it’s global or domestic terrorism, Russia or China, the theme is always the same.

With the advent of social media, that story has now become more real, claiming that these opponents are constantly trying to undermine the election by spreading information and misleading people, which are then blamed on causing political results that “divide us” and “Undermining Democracy”, such as Brexit and Donald Trump. But in reality, it is these claims that clearly undermine the process of democracy itself, as they allow the real anger and concerns of the public to be easily dismissed under the label of ‘foreign interference’.

Viewed in this way, ‘foreign interference’ – and not just in the context of elections, as seen with the Covid-19 pandemic – has become an effective and manipulative tool for narrative control, as it is used by Western states to control all forms of dissent and ‘official stories’ from the police. If you don’t think what you are told to think, your views are simply dismissed by China or Russia as a fabrication. This trend is growing in size and scale. Anything the state disapproves of is now labeled “misinformation,” and that label opens the door to growing social media censorship regimes.